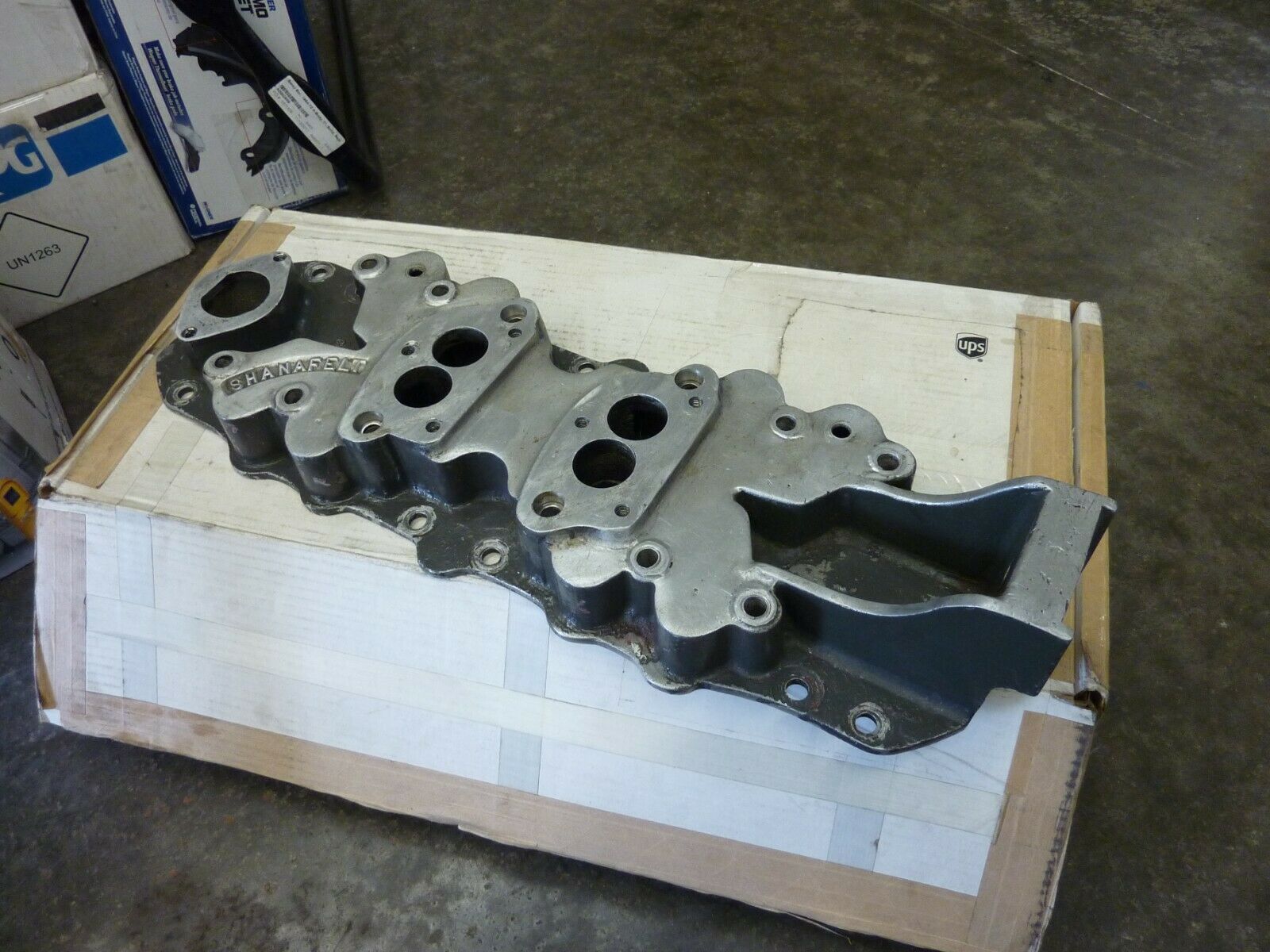 Before the speed parts industry actually became and industry, there were loads of guys across the country making stuff. One of those guys was Portland, Oregon’s Bill Shanafelt. Shanafelt operated Bill Shanafelt Racing Equipment and like any good purveyor of speed back in the day he had a boatload of stuff for the Ford flathead V8 which was far and away the power plant of choice in this era. We know Bill was in business in the 1940s and we’re guessing that the intake manifold below comes from somewhere around that era. It’s rare to find Shanafelt parts anymore but this one is ultra-rare because it is made of aluminum.

The dual carb manifold that’s for sale is listed for $5,000 and if you are building some sort of really period hot rod from the 1930s/40s time frame, parts like this are important. The other interesting thing here is the fact that the perhaps better known Edmund speed parts company that also made a lot of flathead stuff launched as a direct result of Shanafelt as Edmund actually worked for Shanafelt for a time in his shop where they were completing these manifolds after they were cast.

The price in 1946 for what we presume was a cast steel manifold was right around $40.00. That’s $522.00 today so while speed sounds like it was cheap back in the day, these parts were not for the light of wallet. The design is really basic and cool. This one has lived a long life and with the right cleanup would look as good as new on someone’s hot rod. But many that price though!?

eBay: This Shanafelt dual carb intake for a flathead Ford is awesome and historic 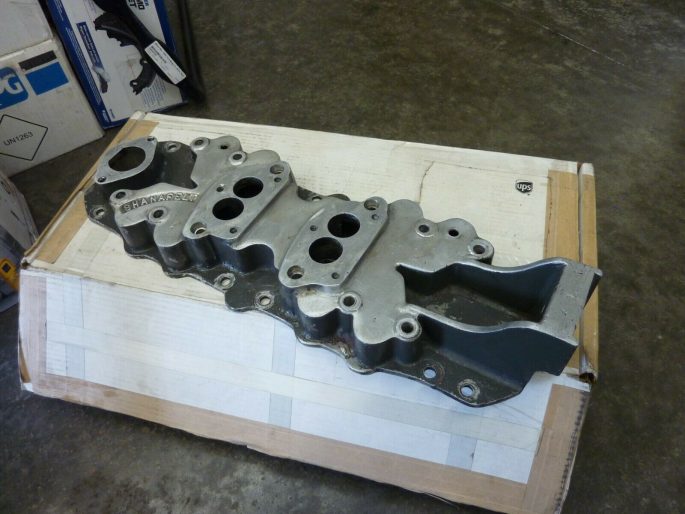 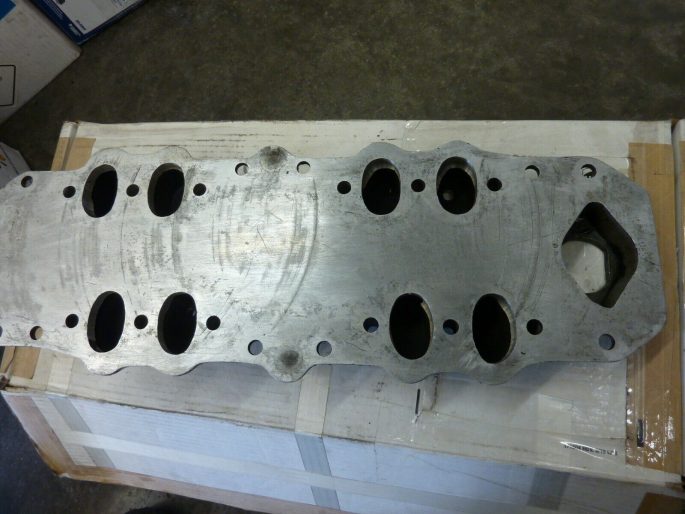 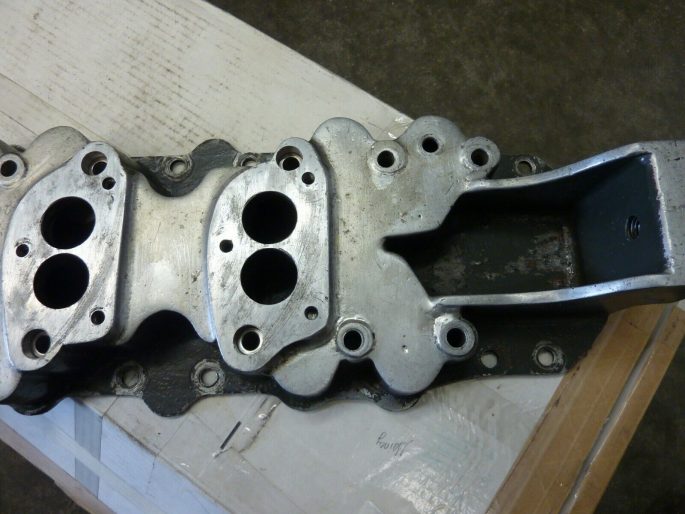 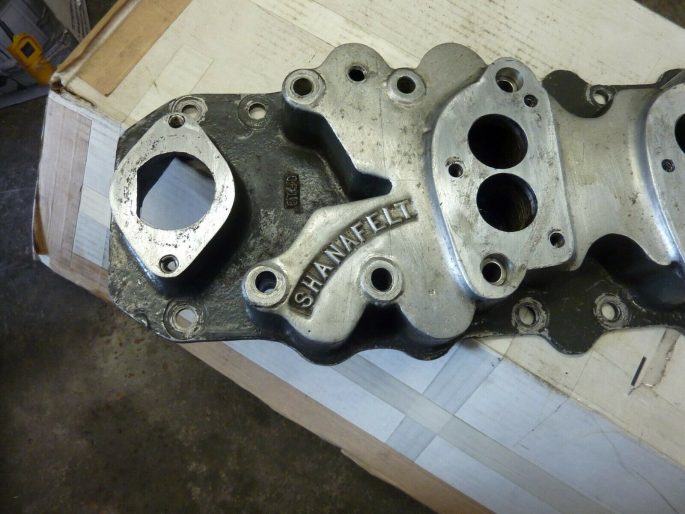 One thought on “Rare Breather: This Shanafelt Intake For A Flathead Ford Is Unobtanium Early Hot Rodding Goodness”