Hater Maker: This Stock Looking Beetle Is Subie Swapped And Makes 300+ Wheel Horsepower On The Dyno 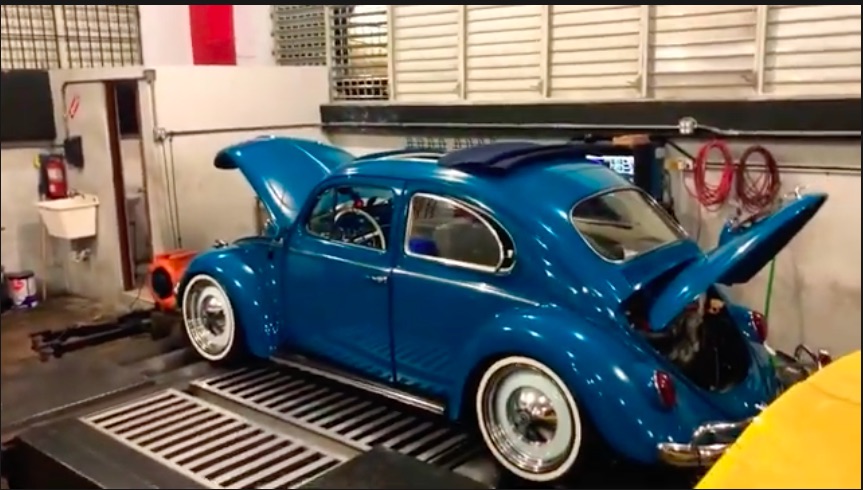 There are few things that we love more around here than an honest to God sleeper and when you see something like this Beetle you know what those words mean. Yes, once the guy hammers the pedal it does not sound like a little flat four. But let’s be honest. In an era when the average hot rodder has more and more trouble discerning engines combos by sound, this one is still pretty true to form. At idle, the Subie flat four is not far off from the weirdly throated VW engine. Now, when the pedal goes down we have a different story, but by the time that happens you and your “muscle car” will be wondering what the hell just happened to you.

This is a neat car because it’s seemingly done so well. The swap looks really clean (and easily serviced as you will see) the wheels are stretched and tasteful, the stance is perfect, and the interior looks basically factory. There’s not a damned thing here to alert a potential victim that he’s looking at anything but a lowered Beetle on cool wheels with an engine that MIGHT be making 100hp.

Sorry pal, too late. Pay up! This thing rules.

Press play below to see this Beetle make 300+ wheel HP with a Subie swap!

2 thoughts on “Hater Maker: This Stock Looking Beetle Is Subie Swapped And Makes 300+ Wheel Horsepower On The Dyno”