Street Machine’s $2000 Challenge Is A Go! Which Car Works Better For The Broke, A Falcon Or A Holden? 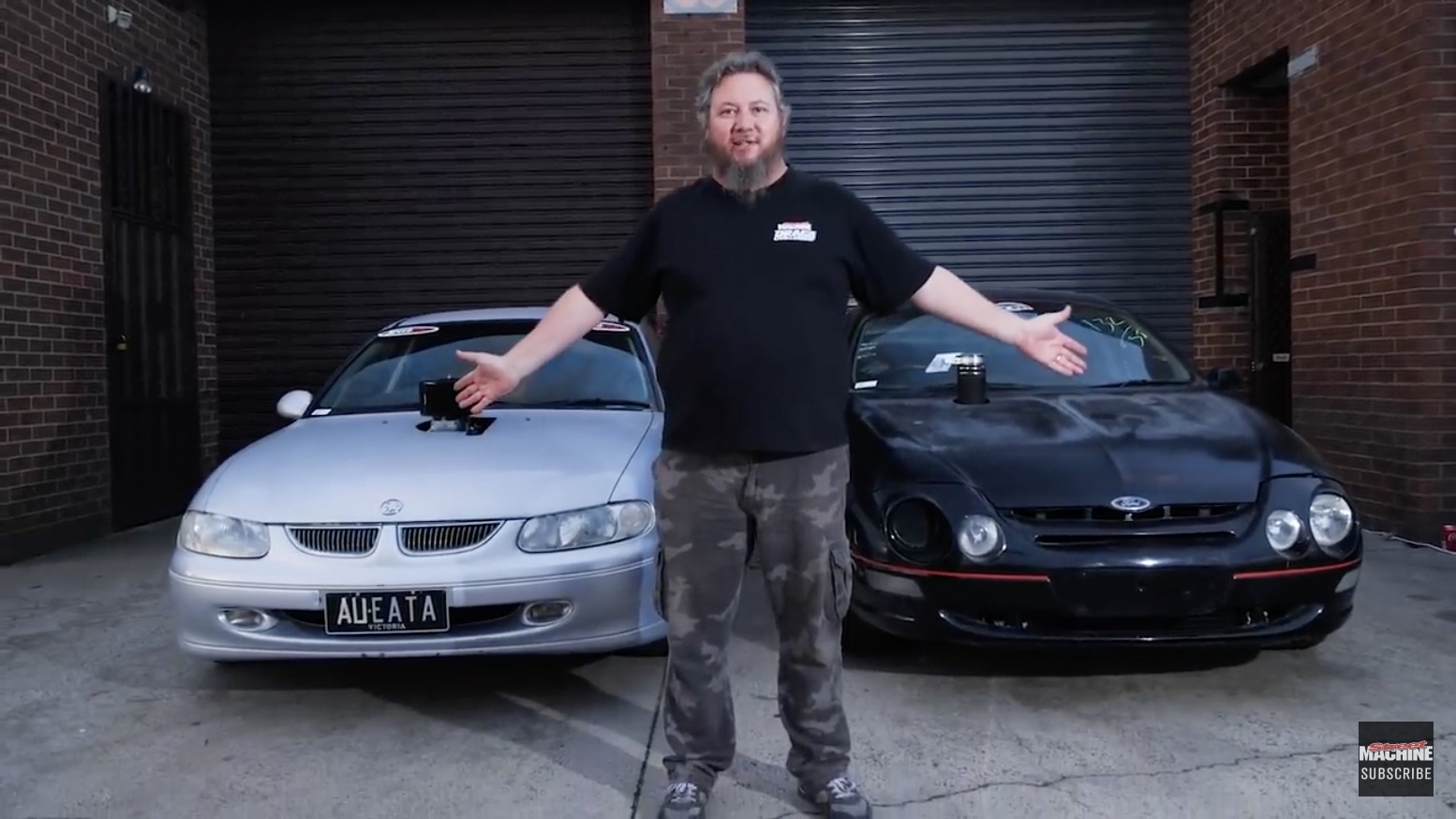 The $2,000 challenge that Scotty over at Street Machine set up is finally about to bear fruit! The AU Falcon and the VX Calais are great examples of sporty Aussie rides that are at the bottom of their value curve, the kind of cheap-entry machines that would be killer Rough Start fodder if they were legal to import into the States, and both have plenty of ways to make them faster. The two teams have had a couple of months to sort out, shake down and prepare their cars to run head-to-head for…well, actually, if I’m honest I forgot. But it’s a great exercise in seeing what can be done on a budget. The Holden runs a 5.0L Holden V8, the last of the series before they started importing LS blocks, so it’s easy to revert it back to drinking through a carburetor, and hell, since they were there, why not a nitrous plate while they were at it? The Falcon needed more massaging, with turbocharger work and some tips and tricks courtesy of the Barra aftermarket to bring the XR6 to life, but as we’ve seen over the years, an Aussie Ford with an inline six and a snail isn’t anything to write off.

The work is done and it’s time to quit the bench racing and the war of words. One Holden, stripped back to the Stone Age but with proven parts that have worked since the Stone Age, versus a turn-of-the-century Falcon that has been updated with newer technology known to work well. All built on a cheapskate’s budget. What can go wrong?

Watch This Guy Bounce His Motorcycle Off The Rev Limiter Until It Explodes In Flames - What?! Watch This 100+ Year Old Sawyer Massey Steam Tractor Pulling The Sled - No Spark Arrestor Means An Incredible Fire Show