Summit Racing Equipment Returns As The Title Sponsor Of The Mid-West Pro Mod Series For 2020! 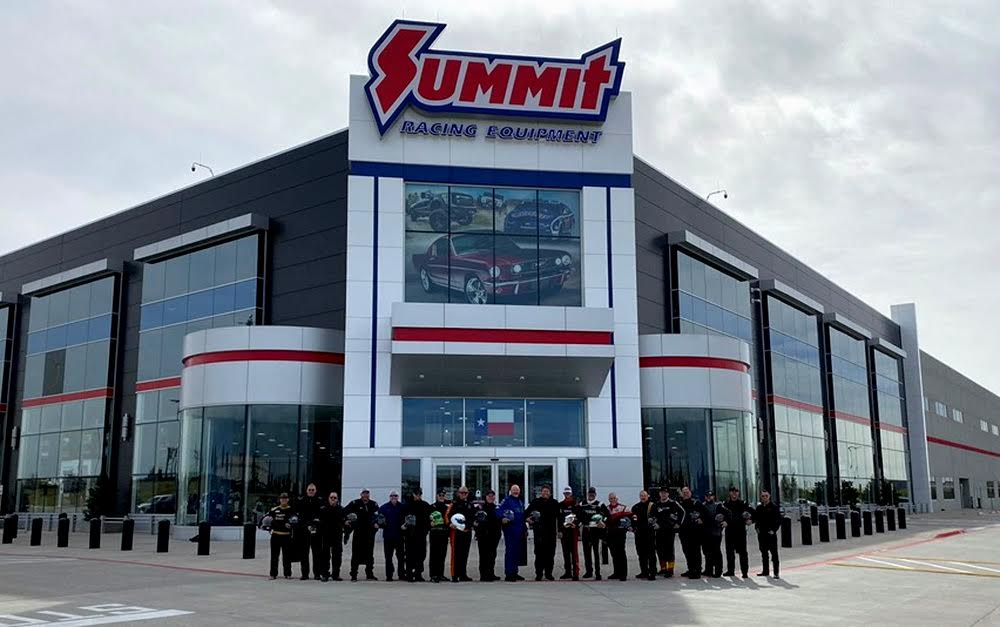 Ever since the Mid-West Pro Mod Series was founded, BangShift.com has been right there watching Keith Haney and the racers who march to the beat of his drum grow from the first races to the show they put on over the course of a year. We’ve proudly brought you free, live coverage of the MWPMS races, have chatted with the drivers, have celebrated with them when they win and have been right there when the struggles of a weekend of drag racing cropped up. Last year, Summit Racing Equipment signed on as the title sponsor for the MWPMS, and for 2020 they have happily decided to renew their commitment to bringing the merry band of major-power misfits back to the track for 2020, all eight events that kick off with the opening race at the Texas Motorplex March 27-28, 2020. 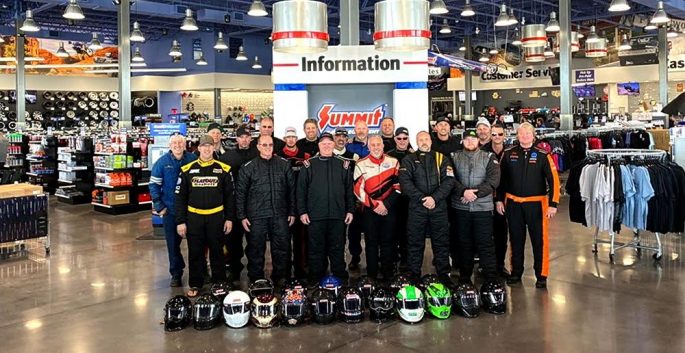 TULSA, OKLAHOMA – (February 6, 2020) – The Mid-West Pro Mod Series (MWPMS) is
excited to announce Summit Racing Equipment is returning as the title sponsor for the 2020
race season.
“Summit Racing Equipment brought so much to the Mid-West Pro Mod Series in 2019 and we
are thrilled to have them return for 2020. Our racers are so appreciative for all the support and
discounts they provided. 2020 will be bigger and better as we bring the next generation of
racers into the series with two new Junior Dragster classes”, states Haney.
“Summit Racing Equipment has been a part of Keith Haney Racing thanks to a great working
relationship with Jim Greenleaf”, states Haney. “John Horner, Summit Retail Store Supervisor,
came to our (MWPMS) awards presentation at the PRI trade show and we are looking forward
to having him trackside at several of our races. Summit provides great support to us and John
is looking forward to ‘learning all your names’”.
Since its inception more than fifty years ago, Summit Racing Equipment has been at the
forefront of grassroots motorsports. From bracket racing though Pro Mod racing, Summit has
been an industry leader and supporter of all those who spend countless hours in their garage
building the cars of their dreams and living out those dreams on the drag strip. The partnership
with Summit shows continued and unwavering support for those that are a part of the
grassroots drag racing movement.
“Summit Racing – The World’s Speed Shop is proud to continue our support of the Mid West
Pro Mod Series in 2020. Keith has put together an exciting schedule at some great facilities,”
said Jim Greenleaf, Summit Racing’s Motorsports and Events Manager. “ It will be great to have
the Junior racers included this year, we look forward to another exciting year of competitive
racing in 2020.”
“Summit Racing Equipment has a big facility in Arlington, Texas allowing for one-day shipment
of parts in the Texas area which is home to a large group of our Mid-West Pro Mod Series
racers, as well as two MWPMS events in 2020”, states Keith.
Last October, the Mid-West Pro Mod Series was invited to showcase our series with a 22-car
invitational at the NHRA FallNationals in Dallas. During the week, the racers took a trip to the
newest Summit Racing Equipment store in Arlington, Texas.

“Our racers gladly took a field trip to the store with their gear to take photos and greet the staff
and customers at the store. While there, they all enjoyed shopping and picking up lots of things
for their racing programs”, states Event Director Ellen Eschenbacher. “Additionally, Summit
provided the MWPMS with a discount code to be used for Summit purchases, which was in
high demand by racers and spectators alike throughout the year.”
Since 1968, Summit Racing Equipment has become a one-stop shop for racers who are looking
for the quality parts they expect delivered quickly to meet their racing deadlines.
MWPMS will showcase 8 events throughout the 2020 racing season, beginning March 27-28
at the famed Texas Motorplex in Dallas, Texas. The series will conclude at the always thrilling
Throwdown in T-Town at the Osage Casino Tulsa Raceway Park October 9-10. All races will
be streamed free live online via Bangshift.com allowing for maximum exposure for our MWPM
series racers as well as our valuable marketing partners.

One thought on “Summit Racing Equipment Returns As The Title Sponsor Of The Mid-West Pro Mod Series For 2020!”