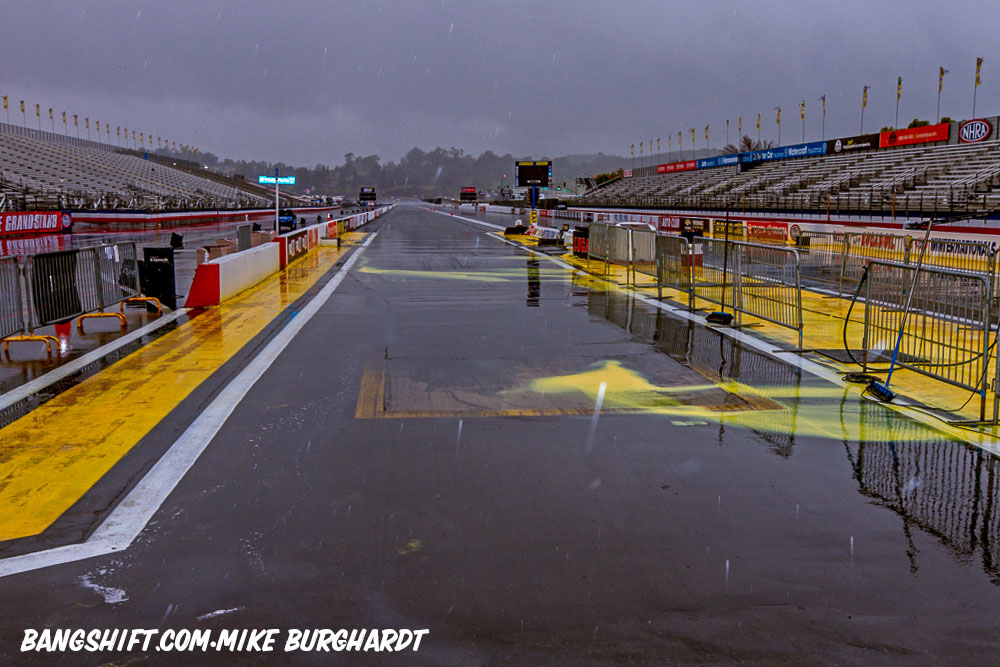 (Photos by Mike Burghardt) – Sunday was mostly a washout at the 59th Lucas Oil NHRA Winternationals, but for the first six pair of Top Fuel Dragsters who managed to complete their first round of eliminations.

Before the rains came, the highlight of Round One was watching rookie Austin Prock earn his first career round win under gloomy skies. Prock defeated Brittany Force before the weather interfered with the day’s racing activity, 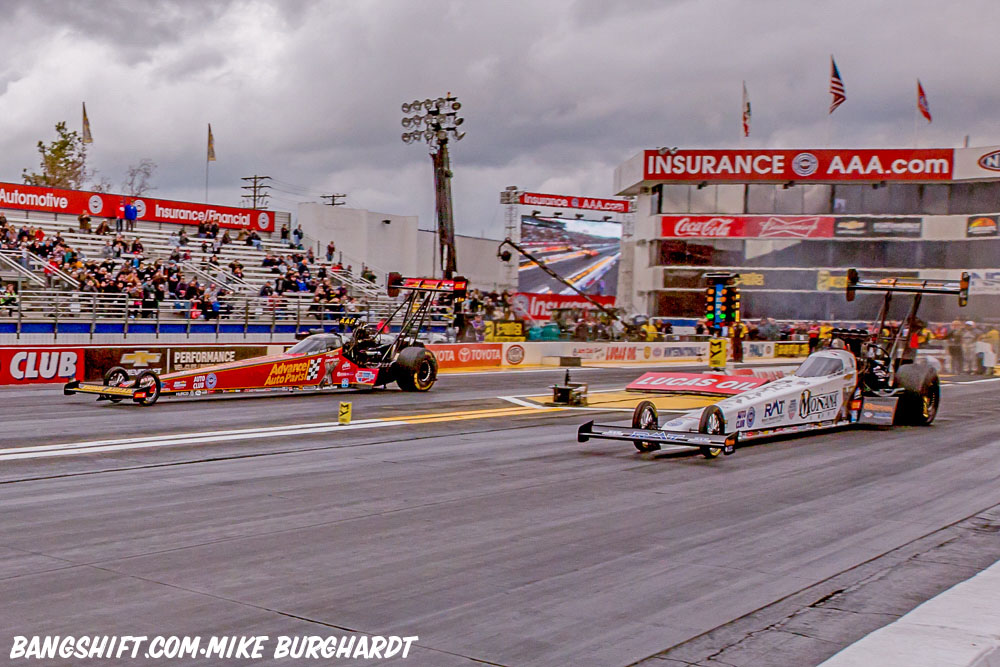 Off the line, both cars shook the tires with a pedal fest for the John Force Racing teammates, but Prock recovered quickly, getting the better of the track. Prock crossed the finish line with a 4.029-second pass at 312.21 mph to top Brittany’s 5.851 at 112.72, recording his first professional NHRA career round win. Prock credited his previous Sprint Car racing career for the quick response to regain control of his dragster.

With what looks like a beautiful SoCal Monday, racing is set to continue at Auto Club Raceway at Pomona at 10 a.m. with the conclusion of Top Fuel’s first round and full professional eliminations. You still have time to call in sick for work!

In Memoriam: John H. Haynes, OBE - The Origin Of The Do-It-Yourself Full Rebuild Book Suggested Serving: This 1971 Datsun 521 Flies In The Face Of The Giant Pickup