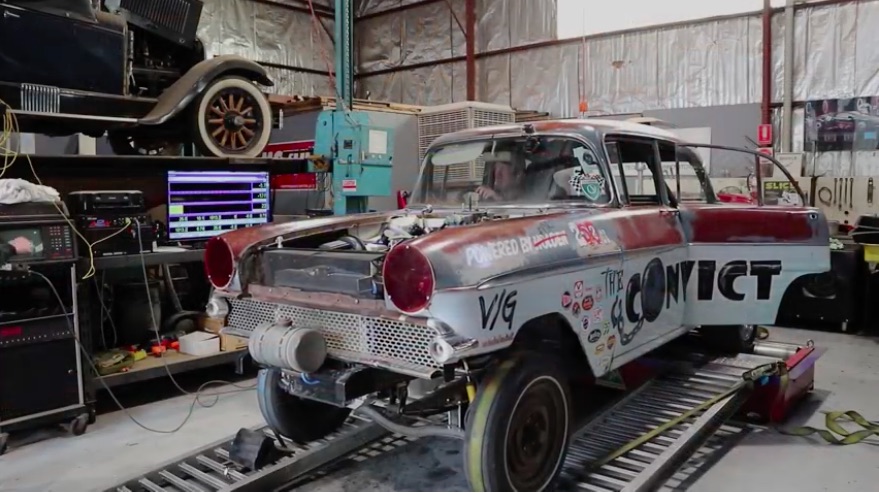 This is the kind of stuff that we truly, truly love. You are going to see some Australian guys taking their retro-gasser build to the dyno and tuning on it to make more power. This is not the normal small block or supercharged big block though, this is an old Ford crossflow inline six that has a little street blower mated to it. Not to give away the house here but the thing makes like 240hp at the wheels which when coupled with some steep gears in a light tin-can of a race car is the recipe for fun.

Imagine our relief when we ran across this video and it was guys actually doing some old fashioned hot rodding with a less than sexy engine combo rather than the current hot flavor of the decade and a chinese turbo! The other part about this video that we love is the fact the the guys are kind of gritting their teeth every time they make a pull with the hopes that the thing does not barf its guts out on the rollers. That tells us that this engine is likely fitting with loads of stock or stock-ish parts and not a lot of dough. Again, BangShift approved.

With it’s straight axle, high stance, and ratty looking paint, this whole package is one that we think rules. The guys have a whole video series about the car where they build and race it (along with dyno testing, obviously). Check them all out!

Press play below to see this new-old gasser with a weird motor get wrung out!

Sideways and Flying! Monza Plus Porsche 911 Race Car Plus Talent Equals Epic Video Smashing, Baby! This British Review Of The Then New 1974 Lotus Elite Is Glowing To Say The Least