Watch Part 1 Of The 1989 NHRA US Nationals – LaHaie and Gwynn Fly, Bonin Takes Off, Records Fall 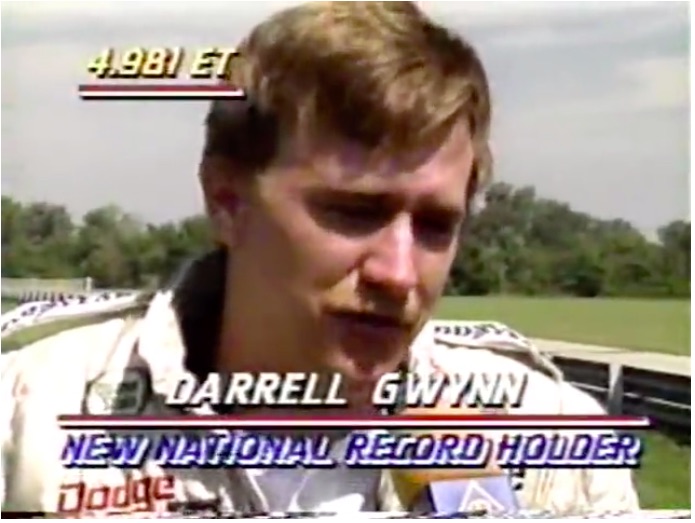 It’s soon to be US Nationals week, otherwise known as THE BEST WEEK OF THE FREAKING YEAR. Because of this, I plan to openly annoy you with US Nationals history, coolness, and old videos galore. We’ll start things off by taking a 30 year trip back in time to 1989. Don Prudhomme had a young Mike Kloeber wrenching on his car, Dick and Kim LaHaie were premier top fuel racers, Gary Ormsby was trying ti win a title, and a young Floridian named Gwynn, crew chiefed by an Ohioan named Veney were looking stronger than ever in top fuel.

This is the first of several parts that show this race broadcast and we like it because of the historical stuff that it leads off with. The first four at Indy, the new nationals record in top fuel, the quickest funny car pass in history, etc. Indy was acting like itself and nine year old me was completely and utterly obsessed with it.

Amazing, I now work with Ken Veney’s son, have some regular contact with Don Prudhomme, and spent yesterday on the phone with Mike Kloeber for the NHRA podcast. The 2019 connections go deeper than that but it’s a little taste of how this sport’s roots run deep, even today.