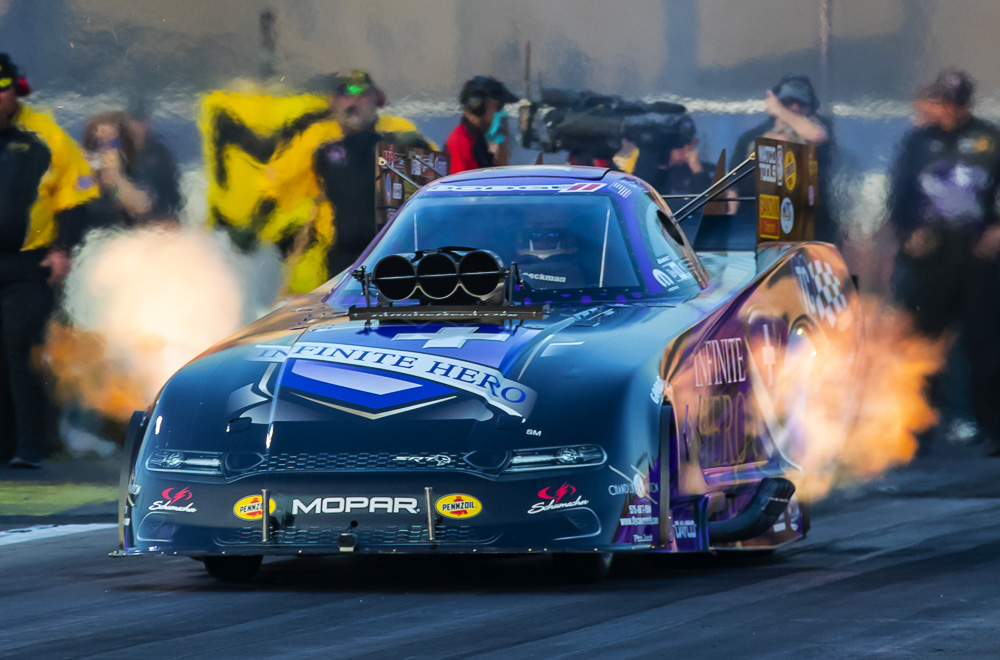 (Photos by Wes Allison) – Ultimately Jack Beckman and Doug Kalitta were the stars of the nitro show at the 2020 NHRA Winternationals. They were the guys holding the Wallys at the top end of the drag strip as the sun was setting on Sunday afternoon and the ones who got cheered by the fans in the winners’ circle. The funny car field at the Winters was cool because of the return of Alexis DeJoria and first time qualifier Alex Miladinovich’s emotional and inspiring top end interview. It really was fun.

The top fuel dragster count has been light at the Winters for about the last five years. 2020 was no different and was perhaps more of a story because Steve Torrence elected not to run the first race of the year because of a disagreement wit NHRA that was not settled to his satisfaction with enough time to get to Pomona. Full fields return to NHRA this coming weekend at Wild Horse Pass Motorsports Park in Arizona as pre-entry numbers already indicate a bump spot will be part of the program for all categories.

Dig our one last look at the nitro powered fun in Pomona!

Hit the images below to expand them. Scroll on to see them all –