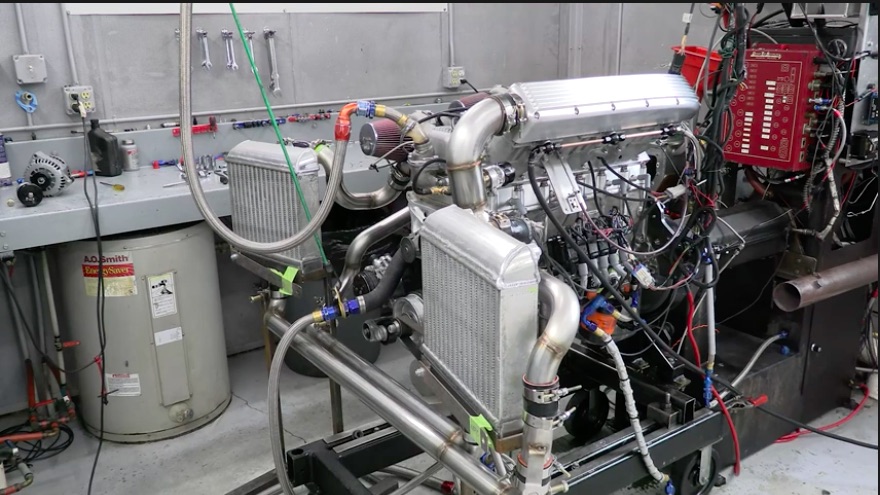 This could be the coolest engine we have ever seen built. You are looking at a study in skill, in experience, and in mastery of the art of engine building. Keith Dorton created this most technologically advanced Chevy Stovebolt Six in history for a customer who wanted something unique to put into the front of a 1950 Chevy Suburban. Rather than something traditional, he used every trick in his arsenal to create a version of this boring engine that makes more than 500hp, nearly 600 lb-ft, and uses so much custom stuff that your head will spin.

Whether we’re talking about the stock car engine building tricks used in the preparation of the block, the most ingenious cam synch sensor we have ever seen, the use of the throttle bodies, or the thought that went even spec’ing out of the pistons, it’s all incredible. Heck, this thing even uses a modern version of the famed Wayne cylinder head.

This is a really detailed video and the reason is simple, EVERY PART of this build is worth seeing. As Jeff says at one point in the video, projects like this separate the assemblers of engines in the world from the true engine builders and thinkers.

We’re not saying that Keith Dorton is the ONLY guy on Earth who could pull this build off, but we are saying that he’s the guy we’d want to be building it if it was for us.

We’re not giving away the specific power numbers or any more details. Your mind will be blown.

Press play below to see this build, which will completely blow your mind –

Leveled Up: Mazda Has Revamped Its Crossover Line And The Newness Includes RWD And A Turbocharged Inline Six Video: 1987 IHRA Angus Nitro Showdown - It Was A Big Money Showdown In Bristol For IHRA's Best