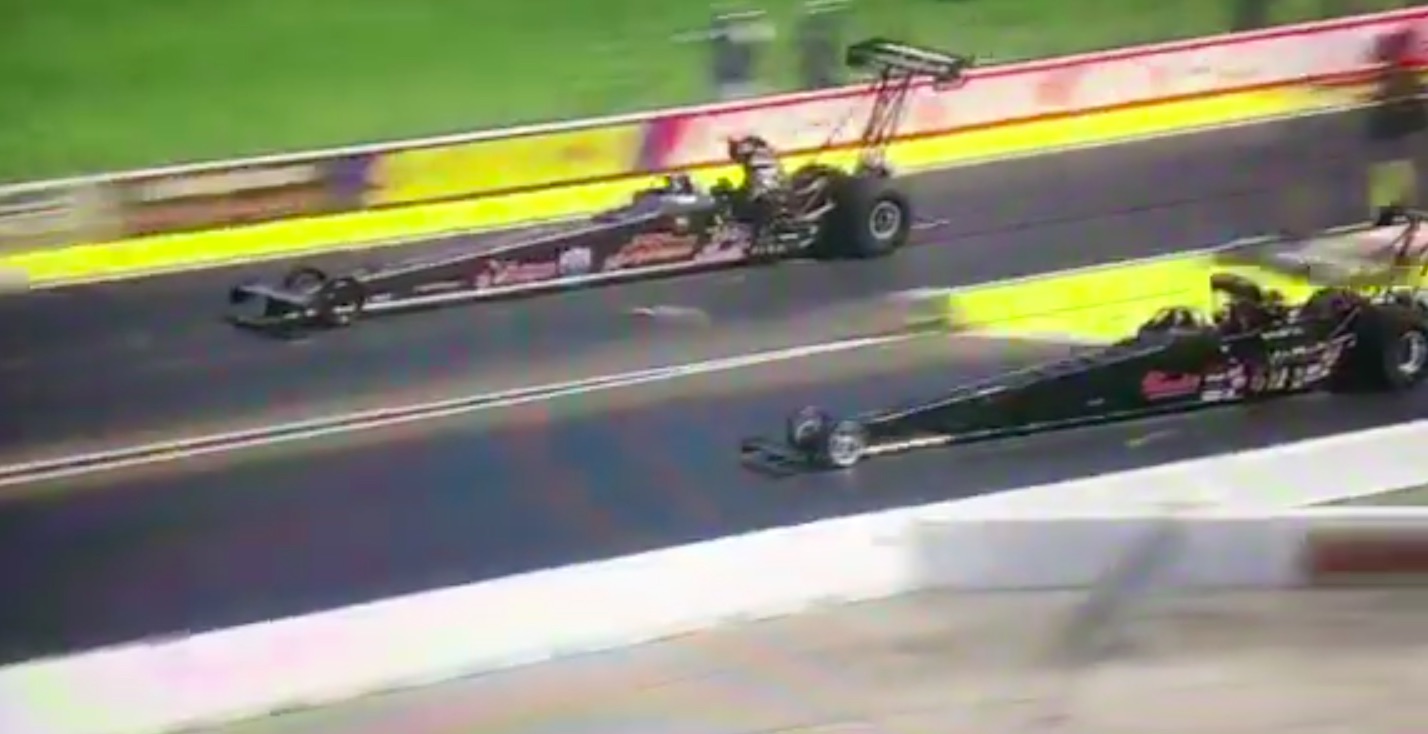 I am totally geared up for the 2017 NHRA Chevrolet Performance US Nationals. I was reflecting on my favorite moment from the 2016 race and one of my favorite moments from my nearly 20 years of announcing drag races at this point. Dan Page’s win on Monday over Shawn Cowie in the finals of top alky dragster.

If there are two categories that I really, really enjoy calling on the weekends I am working on NHRA Mello Yello Series national events they are top alcohol dragster and top alcohol funny car. These categories capture so much emotion, mechanical coolness, and grassroots drag racing goodness that calling the action is hugely fun. Now take what I just said and crank it up 1,000% when the final at the NHRA Chevrolet Performance US Nationals includes a guy that you’ve seen race for more than half of your life. Such was the case for me on Monday at the race when New Hampshire’s Dan Page was sitting in the hard running seat of Arthur Gallant’s injected nitro burning dragster.

He was to face down Shawn Cowie for the Indy title in a no-holds barred, five second matchup that would stand as a defining moment in each man’s career. Cowie has a bunch of Wallys on the shelf and Page had none. Cowie races out of the western end of Canada and obviously Page is an eastern US guy. Cowie runs a blown alky combo and Page runs the inject nitro burner that is tuned by Gallant. It was an awesome storybook final for both guys. A few years back, Cowie had a motorcycle crash that resulted in doctors telling him that he would never walk again, let alone rise back up as one of the best alky dragster drivers in the world. Page and Gallant had done good things but never put together a weekend like they did at Indy.

I have been announcing Dan Page driving race cars for half of my life. Sure, it was always at New England Dragway, my home track, but he was the guy and to see that guy who I have observed run so many times, win the most prestigious drag race in the world was something that I will literally never forget. Thankfully we live in an era of media where we don’t have to forget because it is all there for us.

This is Dan Page’s greatest triumph, this is one of Art Gallant’s proudest moments, this is perhaps the most personally emotional final round I have ever called. This is effing awesome. This is Indy.

Farm Truck And AZN Finally Race Each Other! Dung Beetle VS Farm Truck Baby! Watch This Guy Try To Stop A Runaway Diesel Using All The Common Myths...And Blow It Up!