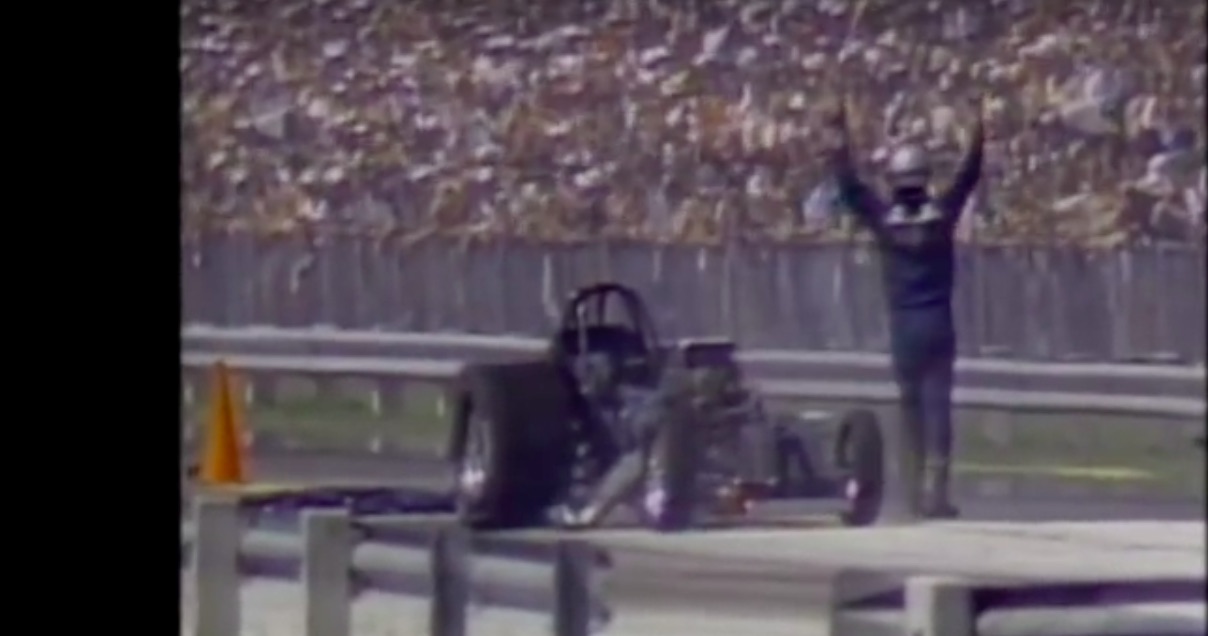 The late Raymond Beadle was one of the greatest “funny car guys” of all time. A risk taker, a hustler, one hell of a driver, and a guy who was one of the true rock stars in the world of drag racing, Beadle was also a showman. In this clip from the 1982 NHRA Gatornationals, you will see Beadle in his awesome Blue Max lined up to Massachusetts’ own Al Segrini. At the hit of the throttle the car pushes to the right, out of the groove and then things get weird (and awesome).

With a lot of steering in the car to bring it back to the center of the lane, the car does not begin to turn. Instead it rotates and as it rotates it gets up on two wheels and then quickly down onto the roof. It is not the most violent hit ever but the car is carrying some speed across the track and it is abundantly clear that contact with the far wall is imminent.

When the car hits the far wall it does so in such a way that the body is knocked off and the car lands on its wheels, sans body! Beadle steers the car back into his lane and then comes to a stop. A second later he pops out of the chassis, throws his arms up, and the place literally goes insane.

The cars have changed a lot in 35 years and this is an example. Today if a car did what Beadle’s had done it would have gone up into instant white smoke and that would have been that. The cars are so immensely powerful now that a driver today wouldn’t even attempt to save the run like Beadle did.

Great video and the crowd reaction is the best. 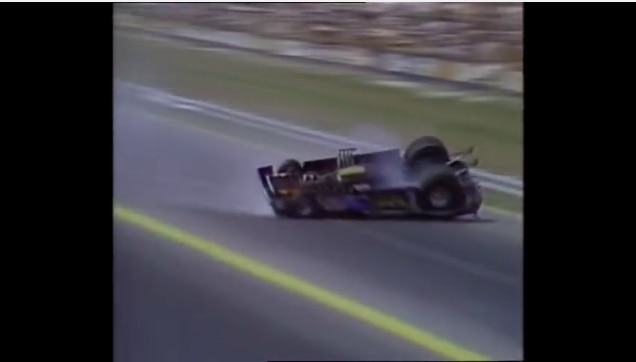