Well, This Sucks: The Outlaw Street Car Reunion VII Event at Beech Bend Has Been Cancelled 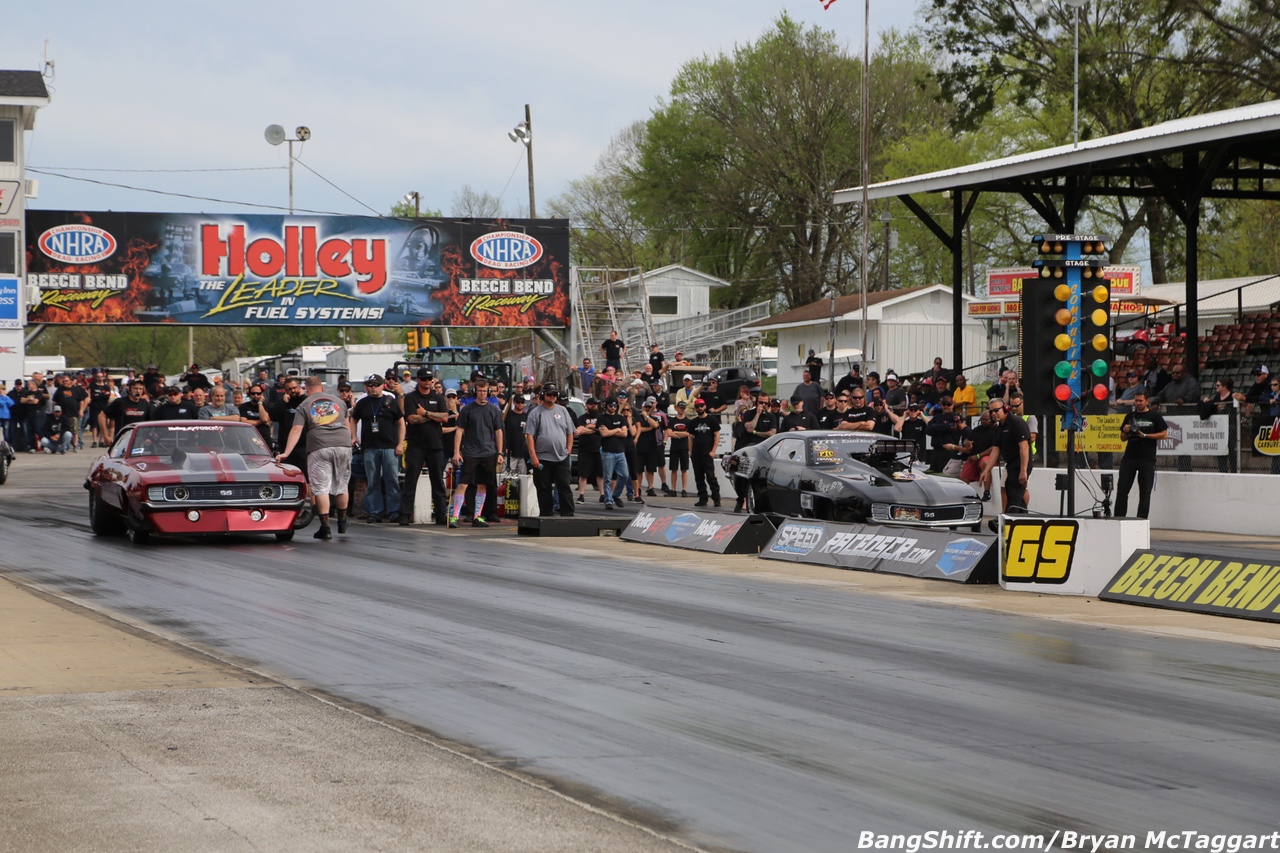 Even with everything that happened at last year’s Outlaw Street Car Reunion, from the usual roll-of-the-dice weather that western Kentucky threw at the racers to the whole timing system debacle, I still was ready for Tyler Crossnoe to show up at Beech Bend this year to throw down his party. A combined event with the Mid-West Pro Mod Series, Outlaw Street Car Reunion has been one of our favorites on the schedule. Crossnoe runs it fully involved, from the tower to the traction compound sprayer if he has to, and runs it with the mantra that the racers will be taken care of regardless of how much shit goes down. I watched last year as he made the call to pay out to everybody who qualified so they weren’t stuck waiting all weekend for a rain break that wasn’t coming. I watched him weather withering criticism following last year’s controversy and saw him take the high road by nullifying all the results from the race rather than leave the runs in place. And now, I see him once again biting a bullet I wish he didn’t have to in order to make things right. As of yesterday, the Outlaw Street Car Reunion VII event has been cancelled, with refunds for the bracket racers who pre-paid being returned to the racers. Hopefully this is just a one-year thing, and OSCR can return next year. Here’s the letter from the man himself:

“This is going to be one of the hardest pieces of literature that I’ve ever had to write. We are deeply saddened to announce that the seventh edition of the Outlaw Street Car Reunion scheduled for April 15-18, 2020 at Beech Bend Raceway Park in Bowling Green, Kentucky has been cancelled and will not be contested. For the first time in event history, the marketing support is lower than ever and forcing our hand as a promotions company to cancel the event.

2020 was billed to be the year of redemption after 2019’s rain out after multiple days of extremely fast testing and qualifying at Kentucky’s quickest and fastest drag racing facility. We at Speed Promotions, LLC are deeply saddened to have to announce this with only two months to go until race day on the calendar but we wanted to wait as long as possible until we felt there was no hope.

This wild event all began in 2013 with a one-day race at Memphis International Raceway, billed as “Outlaws – The Comeback,” in conjunction with a two races in one weekend promotion with Holly Springs Motorsports where we had helped with two events in 2012. In 2014, the Outlaw Street Car Reunion had it’s first event at Memphis International Raceway and came out with a bang with national records galore by Kevin Mullins and Keith Berry, battling it out until the record was held by Mullins at 4.11. 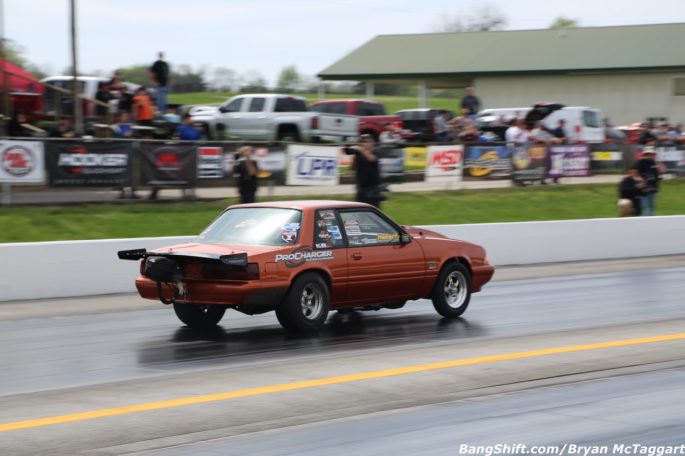 Flash forward to 2015, one of the most famous events in the history of drag radial racing. As the snowflakes fell and the world wondered what was going to happen, Jason Michalak, Kyle Huettel and Billy Stocklin rolled the Bad9er Racing Corvette into the right hand lane at Memphis and went 3.97 seconds with snow flakes still spitting from the skies and a jam-packed crowd which also featured Street Outlaws superstars Justin “Big Chief” Shearer and Shawn “Murder Nova” Ellington for their debut event turning on the scoreboards and most importantly, on drag radials.

2018 marked a huge move for the event going from Memphis International Raceway to Beech Bend Raceway Park in Bowling Green, KY. The first event was arguably one of the best in the event’s history with big runs across all categories and the addition of Pro Modified to the class roster was a positive for all. 2019 was shaping up to be one of the largest with the best attended Friday night in history of the event along with a Pro Mod shootout and Radial vs. The World throwing down in the Home Run Derby after qualifying. As Saturday began, an unannounced storm settled over the Kentucky based facility and never left us alone.

With more rain coming on Sunday, officials decided to pull the plug on the event to let the racers get home and not sit in the rain in hopes of a slim window and possible unsafe racing conditions. One move that the promoters decided on was to pay all of the qualified fields purses, split amongst all the qualifiers, due to qualifying being completed in an unprecedented move by the team. The bracket race had not started yet and the entry fee money was refunded in full to those competitors as well. In an effort to make the best move for the racers, no matter what the outcome, we did just that and wrote nearly 250 checks out so all the racers were paid who waited around and picked up their checks before heading home.

Looking towards 2020, we really hoped that our actions in the rained out event would pay forward for us to bring the event back to Bowling Green, KY and finish what we started last season. After a number of months and unsuccessful conversations, the stars did not align for us to make this possible for you all and it makes us sick. This event means a ton to myself and my team but it is exceptionally special for me. In 2014, when we started this whole deal, my father was diagnosed with cancer and he was able to attend OSCR for one day before he passed away that summer. This event has always been special to myself, my family and the entire team involved because of that reason. From the memories to the record runs and big wins, OSCR has had it all over the last six events. This hurts us more than you all know and we hate to not provide the racers with a quality, safe and exciting event in 2020 but we also have to keep our personal well being in mind and not let our ego overload our personal lives.

While OSCR is not happening for the 2020 season, I am not out of the game by no means. Our team will stay together and will be raising the bar for our latest project – the COMP Cams Shakedown Nationals XVIII, presented by: FuelTech on September 16-19 at Virginia Motorsports Park where I serve as Vice President. The skilled and professional team that greeted you at OSCR will be a part of Shakedown once again as we continue to try and bring the most organized and fun events on the circuit to the racers who fit the categories. As much as we are going to miss seeing you all at OSCR, we look forward to having you at the Shakedown in September at one great racing facility in Virginia Motorsports Park.

2 thoughts on “Well, This Sucks: The Outlaw Street Car Reunion VII Event at Beech Bend Has Been Cancelled”