Wicked Little Sleeper: This 4G63-Swapped Eagle Summit Beats Up On A Nissan GT-R And A Viper 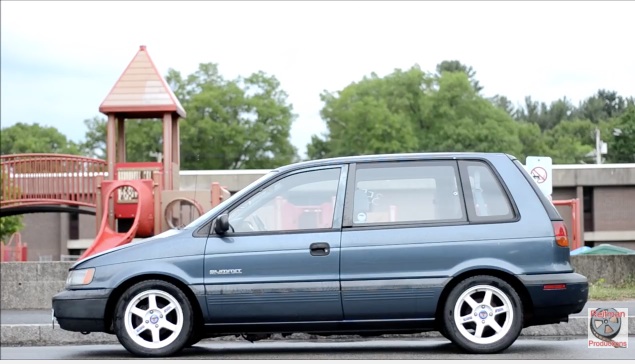 Am I being a little bit evil in saying that the Eagle Summit wagon/van thing was a dumpy little car? Nope. From first sight, there was no way that the Mitsubishi Colt copy was anything but a tiny four-cylinder placeholder in Eagle’s tiny lineup, another captive import sourced from Chrysler’s cozy relationship with the Japanese automaker. Easily outgunned in the lineup by the Eclipse-based Talon and the LH-platform Vision, the Summit was instantly forgettable…though, we doubt that the drivers of the Nissan GT-R and Dodge Viper in this video are going to forget the spanking that this little speck of 1990s blandness just handed them. The key to the fun of this sleeper is the 4G63T turbocharged four cylinder that is found in hot Eclipse/Talons and Evolutions through 2006. If you know what a fast Evo can do, then you have a really good idea what it can do in a car that might weigh in at 2,200 pounds on a good day. Be honest: if you could pull the sleeper stunt everywhere you went this convincingly, wouldn’t you? With the old children’s soccer magnet on the hatch and a set of Volks, this Summit looks more like some ratty teenager’s car, not the kind of ride you use to flip both middle fingers to two of the most competent street cars ever sold!

6 thoughts on “Wicked Little Sleeper: This 4G63-Swapped Eagle Summit Beats Up On A Nissan GT-R And A Viper”