Hot Rodder’s Dream: This 1930 Model A May Be Rough Looking But It’s The Painter’s Canvass of Hot Rodding 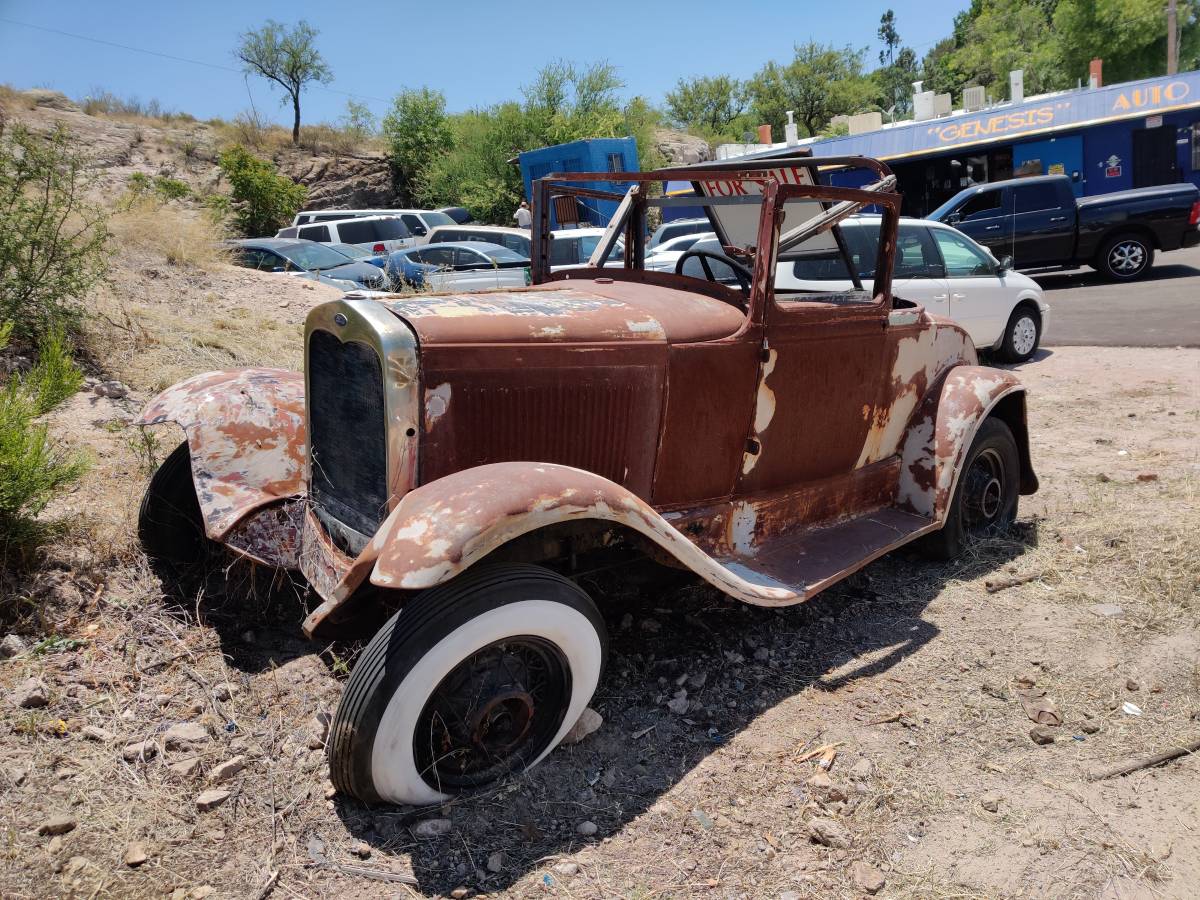 My pal and fellow NHRA announcer Alan Reinhart is good for some solid tips in the world of the Rough Start and this time he delivered with a classically baked 1930 Ford Model A that is currently sitting in the dirt of Nogales, Arizona. The car may be rough looking but when you really pay attention you’ll see that the badness in terms of its appearance is only skin deep. This is a great car for someone who has always wanted to build a cool Model A hot rod to start on. As weather beaten a the exterior is, the underside of the car looks awesome and the engine under the hood looks bizarrely fresh as compared to the rest of this automobile.

We think it is pretty rare these days to find a car like this that is not rotted in half or basically a glorified cowl to start a build with. The options for finding real Model A sheetmetal to hot rod are growing thinner by the day. Scoring someone else’s project and making it your own is not the same as starting with some stuff that Henry Ford himself saw stamped and making it what you want.

We’d lose everything above the cowl on this car and build it as a full fender equipped, retro-drag style roadster. Maybe a 354 hemi with Strombergs on it and a four speed with steel wheels and pie crust slicks out back. The paint would be a really, really deep and dark blue, verging on black. No metallic, just kind of a milky look. That would be a fun rig.

The canvass is blank, Picasso. How would you build this car from its current state on up?

Model A: This baby is absolutely primed to be made into the hot rod you’ve dreamed of 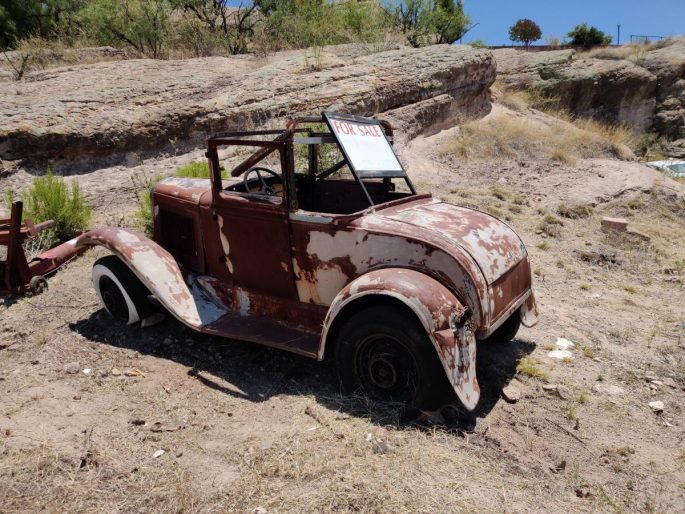 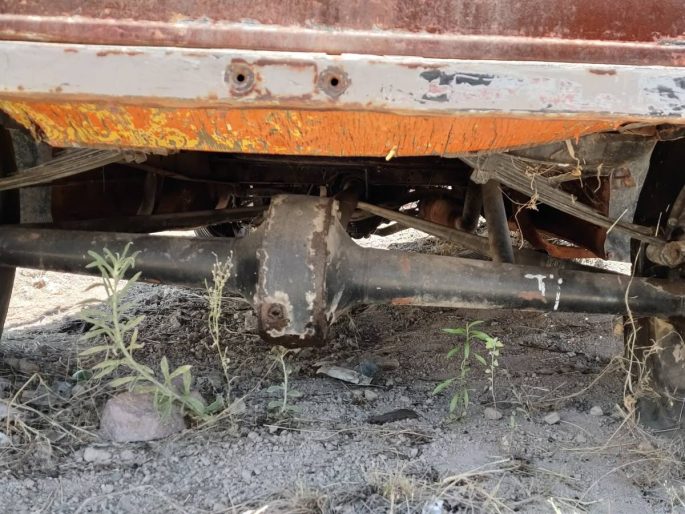 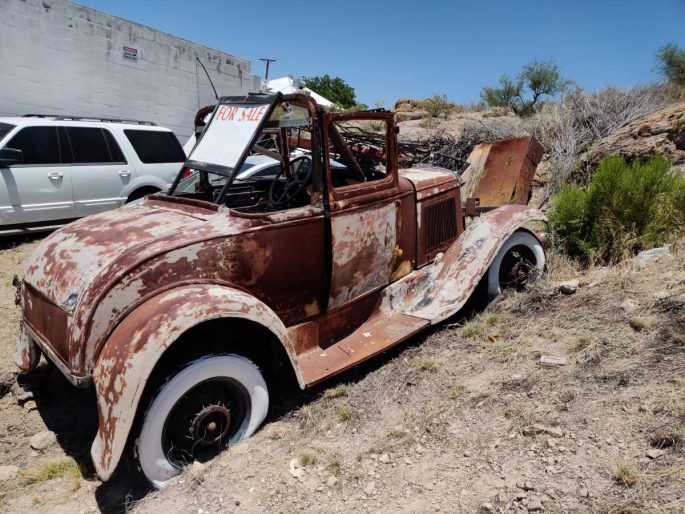 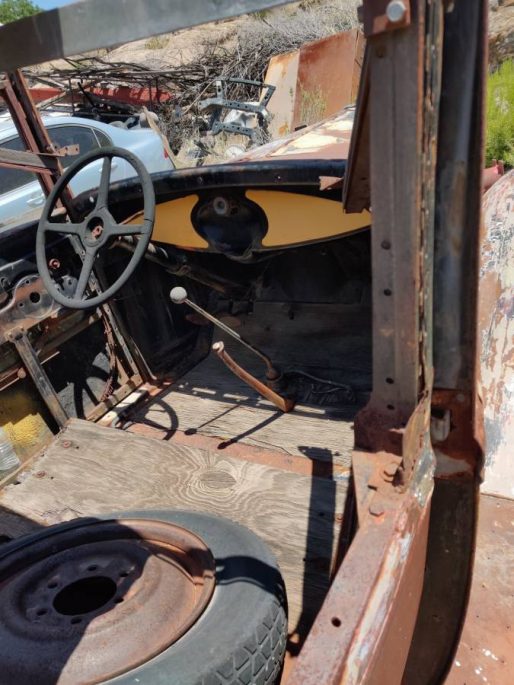 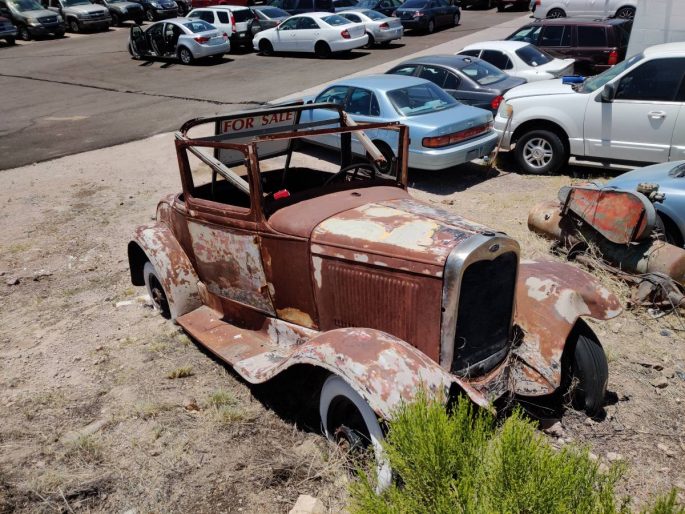 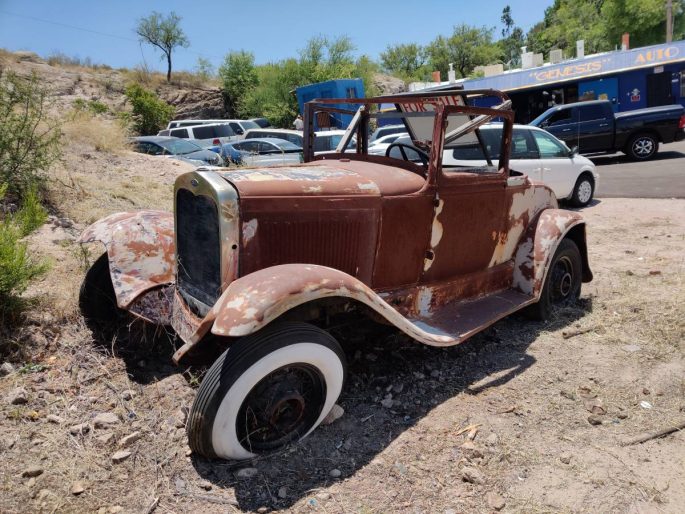 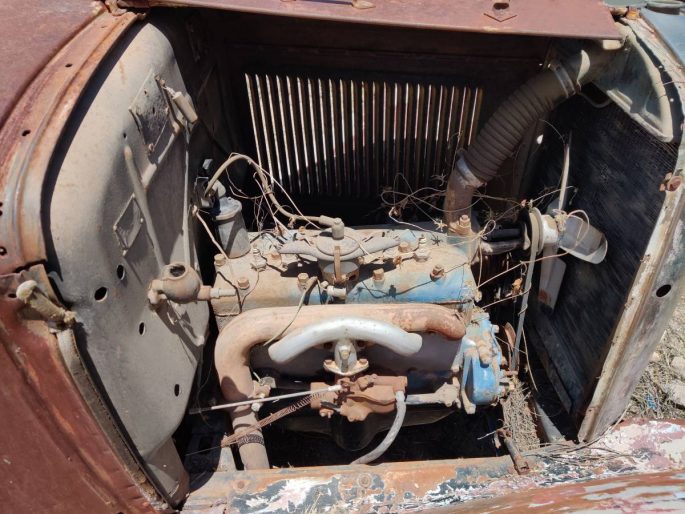 Win The Whole Damn Track: Accelaquarter Raceway's "One For The Money, Two For The Show" Has A Potential $400,000 Pay Out And A Chance To Win Ownership Of The Track! eBay: Never Used ZL1 Block, Aluminum Heads, A Good Crank, the Right Pistons, and Even The Right Manifold and Rods!

3 thoughts on “Hot Rodder’s Dream: This 1930 Model A May Be Rough Looking But It’s The Painter’s Canvass of Hot Rodding”