Small Progress: The 1987 Chevy Corsica Was A Step Forward For GM But Not A Game Changer 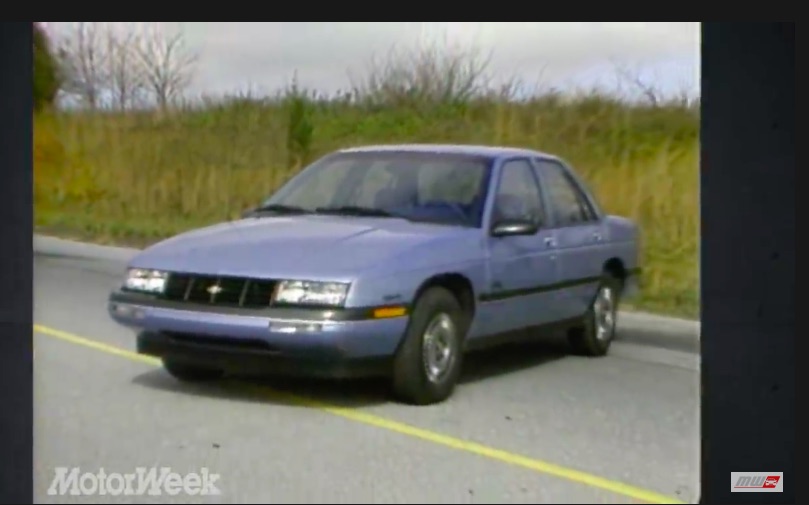 Back in the late 1980s GM finally got the message that they were on a bad road to nowhere. They embarked on a mission to reorganize the company and redefine the brands and nameplates that made up the company’s portfolio. The 1987 Chevy Corsica, a small and sprightly four door sedan was going to be one of the main vehicles to embody this new vision. The Corsica was interesting because no other GM division got a version of it. Unlike the past when everyone would get “their” car, Chevrolet was the only place to get this one and it’s two door version, the Beretta.

With Ford having dropped the Taurus on the world a year earlier, the Corsica arrived with much less fanfare. These were good cars, though and they sold well. It’s weird to think about the fact that the Chevrolet Monte Carlo and Monte Carlo SS were still on sale at the same time this car dropped. That old school model would be dropped shortly and the whole company would move far more in the direction of the Corsica with upcoming models.

Later models that got the enlarged 3.1L V6 and four speed automative transmission were pretty fun to drive. The way they were geared meant that smoking the front tires through first gear was a favorite activity of idiots like us.

Interesting look at a rather uninteresting car here. What the Corsica represented was far more intriguing than what it really was.