2018 Hot Rod Hullabaloo Gallery: Photos From The Rainy Portion Of The Day – No One Melted 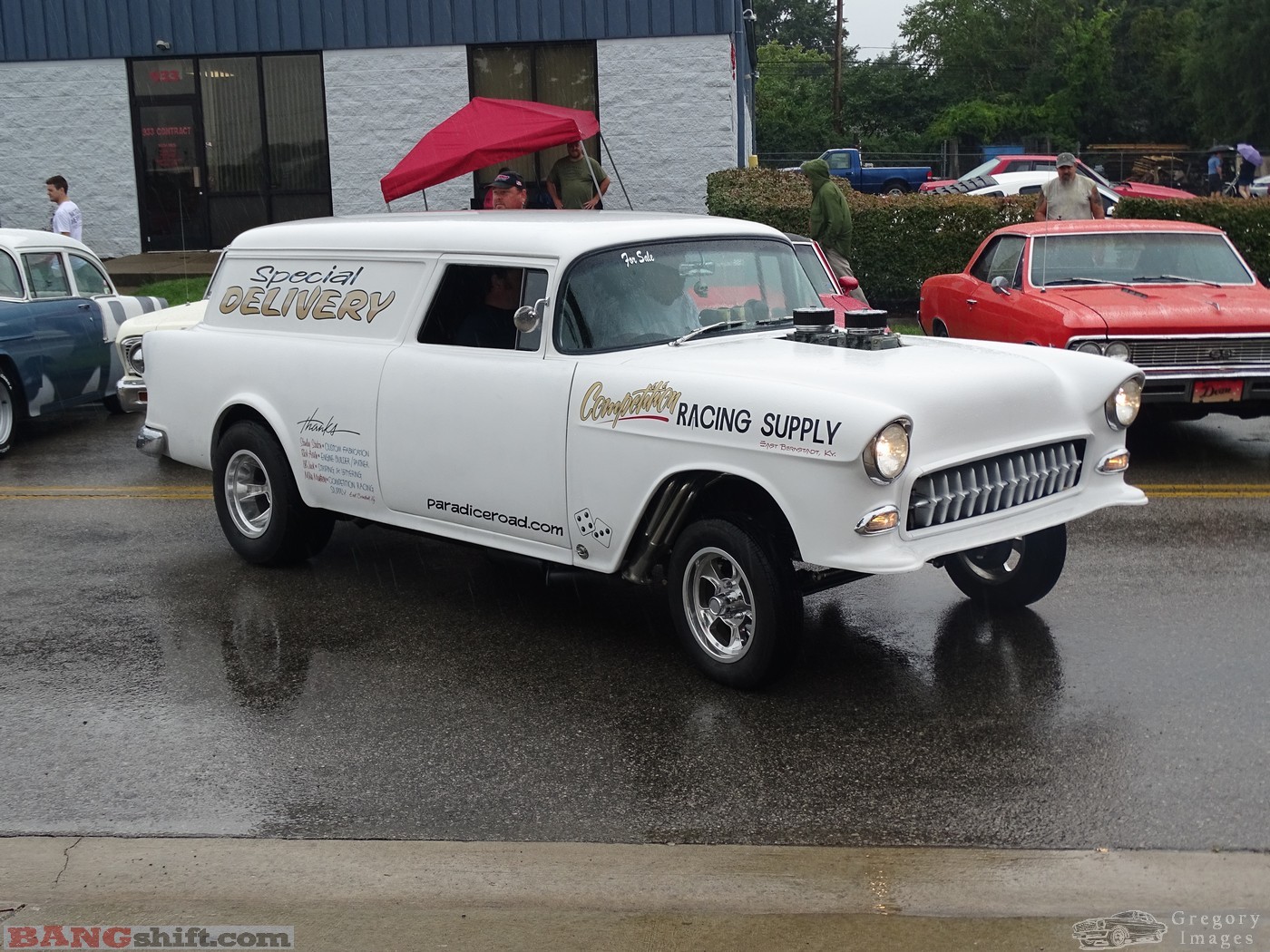 (Words and photos by Doug Gregory) – Help me out here.  I have never understood why people leave an outdoor car cruise/show when it’s raining unless it doesn’t have windows or a top or something like that.  The car is only going to get wet and I bet you almost everyone has a chamois or squeegee with them to get it dry again.  When you drive your car in the rain it is now not only wet, but it’s dirty too.  I honestly don’t get it.  Regardless we had folks coming in as others were leaving so I think things evened out.  I tried to catch some as they left, but with any precipitation over a few drops and I’m keeping my camera under a canopy.  Luckily the local radio stations had set up several along the sidewalk and were inviting folks to come in to stay dry.  Many thanks to them.

Folks who stayed or came in later were rewarded with clearing skies and warmer temperatures.

The look the pale green GMC fat-fender exhibits fits this truck to a T.

’55 sedan delivery isn’t leaving….he’s finding a place to park after driving in while it was still coming down pretty good.

The scalloped red S10 was built by a friend of mine, Mark Portman, from Louisville, KY back in 1988-89 with the paintwork done by none other than Danny Taylor.  The truck was in a bunch of magazines and Mark sold it in Pigeon Forge in 1992.  He’d lost track of it until I showed him photos I took of it in Cynthiana back in 2013.  Pretty cool it still looks much the same after 30 years.

People who have been on or follow Hot Rods Power Tour will likely recognize the Fisk family crusty, 4BT-powered Buick Hearse.  They’re local to us and we need to get back out to their place and snap photos of their automotive hoarde.

The high-rolling red Chevy Nova with 454 badges and Cragar S/S wheels looks like it fell off the pages of a 1970s gearhead magazine.

Stay tuned for more photos taken before things started to dry up.