Can Finnegan And Newbern Save The Death Metal Charger, Again? Is The 2JZ Here To Stay? 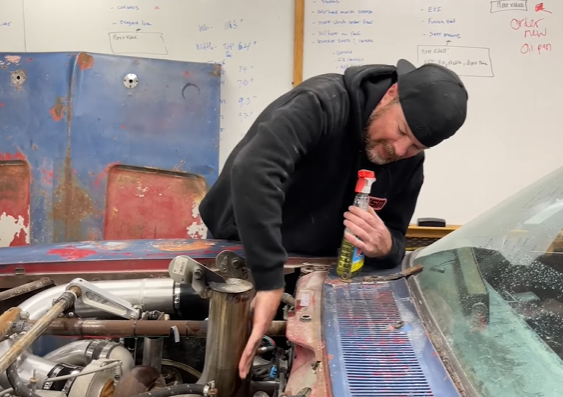 The Death Metal Charger is like a cat, it has 9 lives. But will it every actually get to being something cool and fun that doesn’t require cutting and hacking every single time it gets ready to run? I think there are much better things in store for the Death Metal Charger in the long run, but is there any chance they can get this thing running and driving again right now without a truck load of parts again? Watch.

In episode 178 of Finnegan’s Garage, we bring the Death Metal Charger back from the dead. This Toyota 2JZ turbo-swapped ’68 Charger has been dead in the driveway for months with a smashed radiator and water in the oil. Today we swap-in a radiator made for a Volkswagen Scirocco, repair the smashed front end, give it a bath and an oil change, and hit the streets once again with turbo noises!