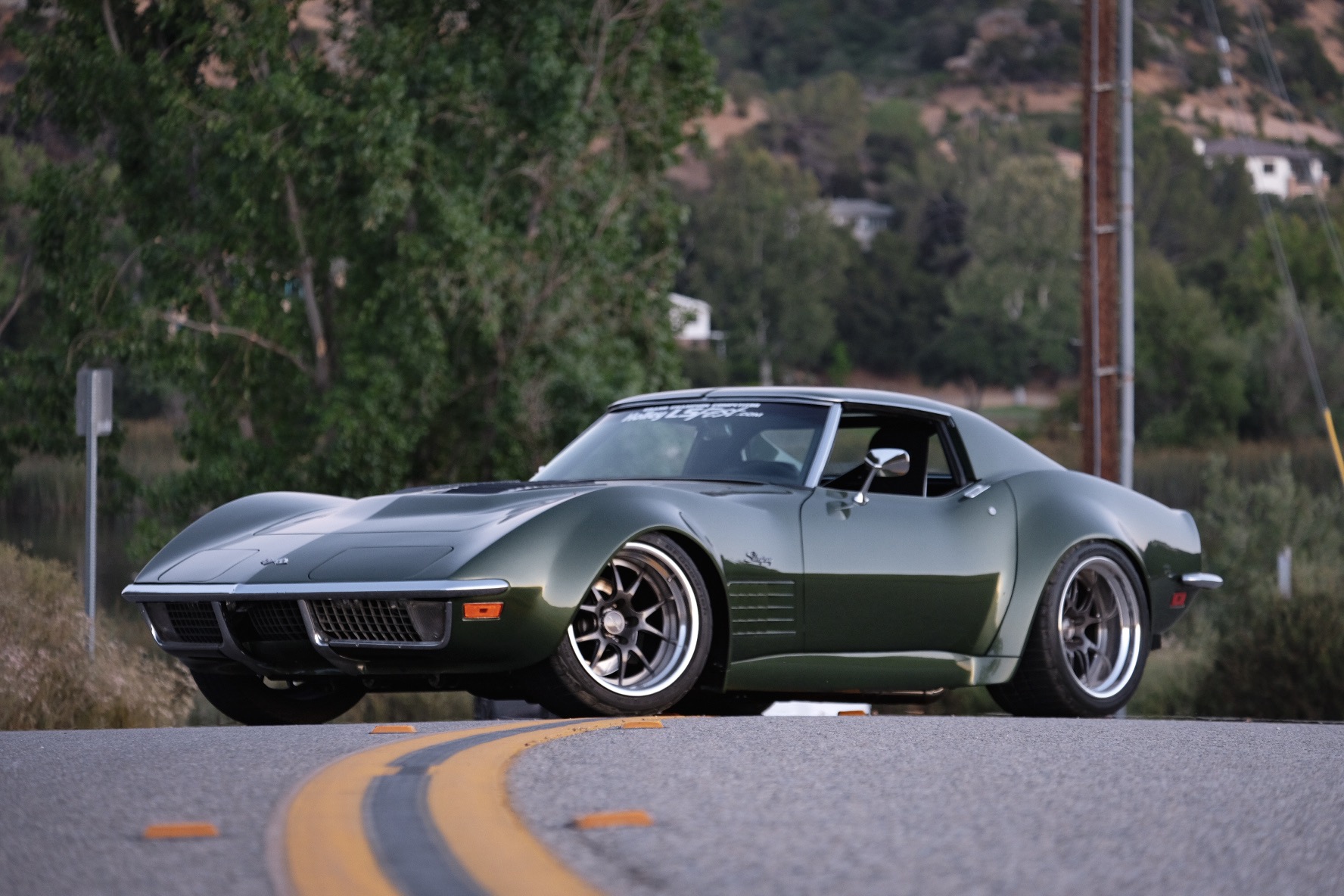 (Words and Photos by Olivia Scaffidi) Garrett Randall’s 1970 Chevrolet Corvette is a perfect example of a car that equally combines both form and function.  Not only does the flawless execution of this build earns respect, but his story of acquiring the project car is just as fascinating as the build process itself. 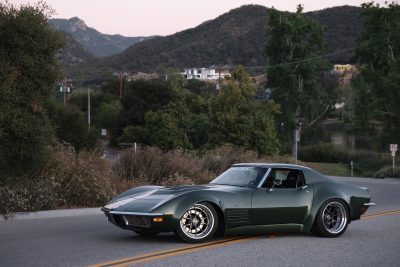 He had originally bought a 1971 model and worked with JCG Restoration and Customs to build it into an auto cross car.  The Corvette’s independent rear suspension made it a great contender for the application, and Garrett knew he wanted to use a classic car.  At the time, Cris Gonzalez, owner of JCG Restoration was in the process of re-building his 1970 Corvette.

“I was buying his LS6 engine and all of the suspension from that Corvette to use on my own,” Garrett explains.  “We sat down and came to an agreement that it would make more sense for me to buy Cris’ 1970 model and finish it.” 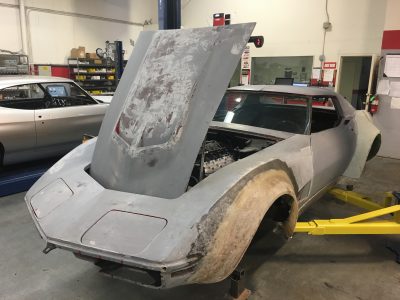 The car was already running and driving, currently in primer paint with the fender flares being made.  Garrett purchased the Corvette and had the flares, paint, and bodywork completed by Ed Palmer of Kundensport in Oxnard, California. 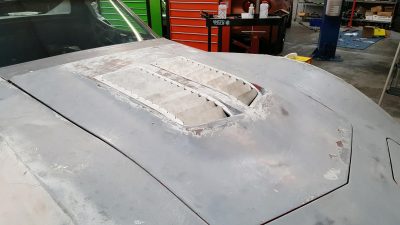 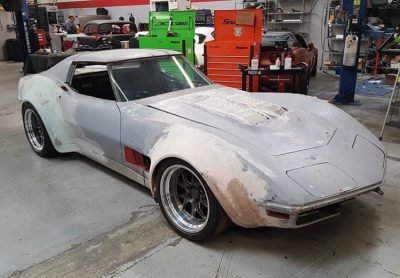 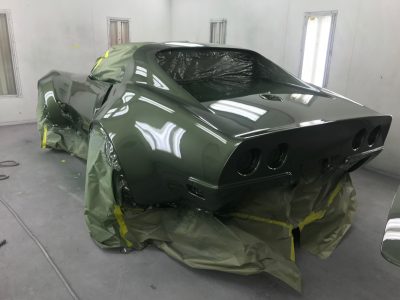 A cammed LS6 built by Mullenix Racing Engines powers the car and has been coupled with a Tremec T56 transmission.  The engine produces about 520 horsepower and 485 lb-ft of torque.

Riding on Van Steel suspension, the Corvette has considerably improved handling for auto crossing.  As well, a custom sway bar was added and JRi coil overs were installed on all four corners to adjust the car’s ride height. 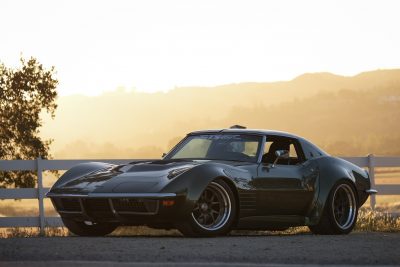 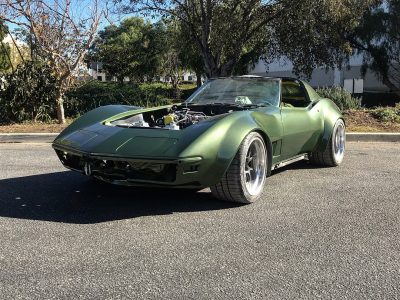 The “F8 Green” paint may look familiar because it is actually a color option for the new Dodge Challenger and Charger.  The car sits on 18 x 11.5 inch Forgeline GA3R wheels and BF Goodrich Rival S tires that give the American classic a more modern look.

The entire build only took about 6 months to complete, and since then Garrett has already put the Corvette to work on the auto cross at LS Fest West.  He is also signed up for the Optima Ultimate Car Challenge which he has competed in for the past few years in his El Camino.

“My current plan is to do as many auto cross events as I can, along with some local car shows and cruises,” he says.

Garrett’s Corvette is definitely something to be admired.  A show-car-quality build that is actually designed to be driven?  Now that’s what I like to see. 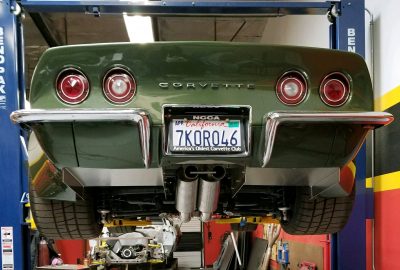 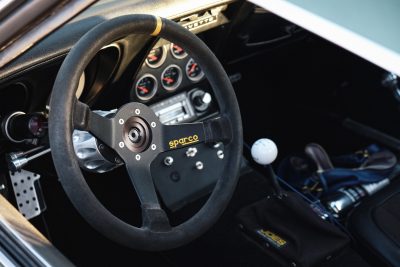 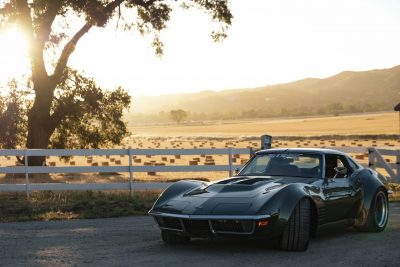 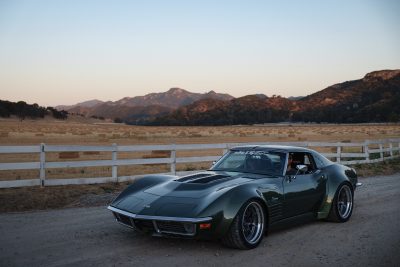 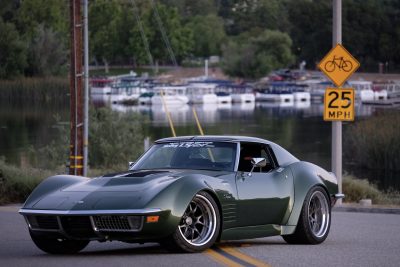 Truck-Ology: Another Look Into The History Of Trucks - A Fresh Load Of 100 Year Old Photos! Rough Start: This 1968 AMC Javelin Is Deserving Of A Second Life