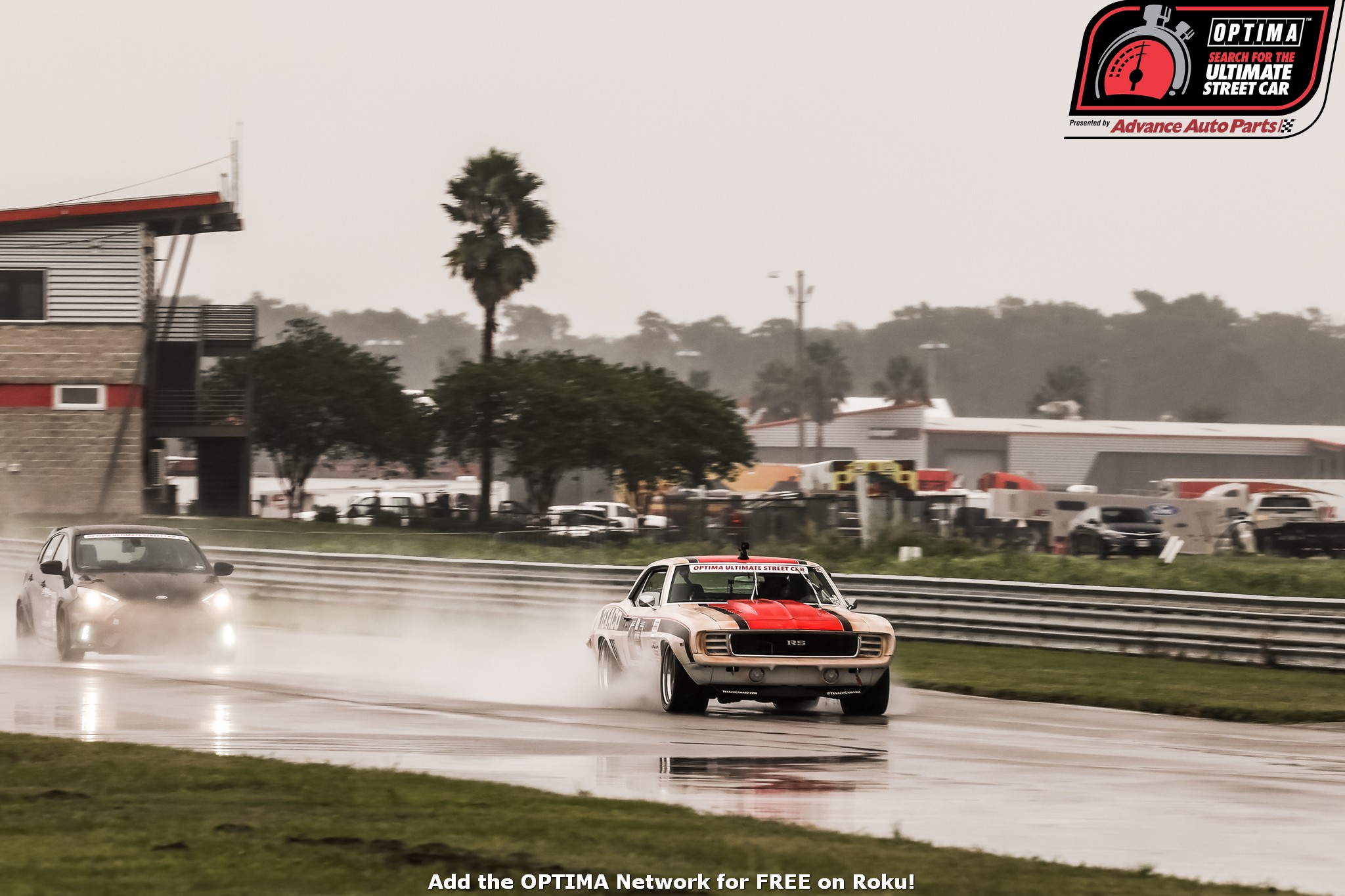 (Words by Jim McIllvaine, Photos by Kaleb Kelly) By the time the world’s best street cars rolled into NOLA Motorsports Park in New Orleans, five events were in the books for OPTIMA’s 2020 Search for the Ultimate Street Car, presented by Advance Auto Parts. With just two qualifying events remaining, competitors were desperate for points and invitations to the 2020 OPTIMA Ultimate Street Car Invitational (OUSCI).


With the SEMA Show canceled, everyone knew the OUSCI would be different in 2020, with no one knowing when or where it would happen. What they did know is that the biggest street car showdown of the year wouldn’t disappoint. Competitors didn’t have to wait long to find out what they were fighting for, as an announcement was made at the Driver’s Meeting for the Lucas Oil Road Rally.

The 2020 OUSCI would be headed to Circuit of the Americas in Austin, Texas on November 1-3rd, as part of the larger Hi-Performance Expo event, which comes on the heels of the Moab 4×4 Expo. The qualifying series has run at this iconic track once before in 2016 and those who missed out on that sold-out event have been asking for a return trip ever since. They’ll get what they wanted, but first they have to get there and the road to COTA runs right through the Big Easy.

The forecast called for near-constant rain all weekend, but this series runs in the wet, as long as lightning isn’t present. The weather discouraged some, but those who showed up were definitely rewarded, as the smaller field yielded bigger point totals for everyone in attendance. With one qualifier remaining, the sold-out event at NCM Motorsports Park in early-October, we’ll take a look at some projections on who might earn a points invitation to the 2020 OUSCI. Keep in mind, these are only estimates, based on who is signed up to run at NCM and they don’t take into account who might win their way in at that event.

While Outlaw Class invitations are a straight seven spots for each qualifying event, every other class is awarded three entries to the top contenders in each class, who have not yet earned an invitation by season’s end. In the case of smaller classes, like GTE for electric vehicles, anyone who entered basically earns an invitation. However, things are far more competitive in the larger classes.

For instances, in the Classic Car Liquidators GTV Class, the class points invitations are likely to go to the Camaros campaigned by Chad Ryker (1,332 points), Nick Relampagos (1,309 points) and Jim Stehlin (1,270 points). Once three cars are invited from each class, ten additional entries are awarded to “at-large” entries, based on their point totals, regardless of class affiliation.

In past years, the cut-off has been around 1,000 points, which meant averaging around 333 points per event to earn an invitation. With some events seeing lower car counts in 2020, there were more points to be had by those in attendance. In New Orleans, nearly everyone who completed the weekend earned 400 points. However, those higher point totals mean the bar for getting into the OUSCI may end up being higher in 2020.

At this point, we project the final 10 points entries to go to the following competitors:

The Fall Fling At Galot LIVE Continues Sunday For $125,000! What Do You Take To Pick Up A Small Block Swapped Mini Truck? DUH! A Blown Ramp Truck!