Lots Of Sanding And Some Primer! The Mongrel Is All One Color Finally!

Jan 18, 2020Chad ReynoldsApex Project Cars, BangShift APEXComments Off on Lots Of Sanding And Some Primer! The Mongrel Is All One Color Finally! 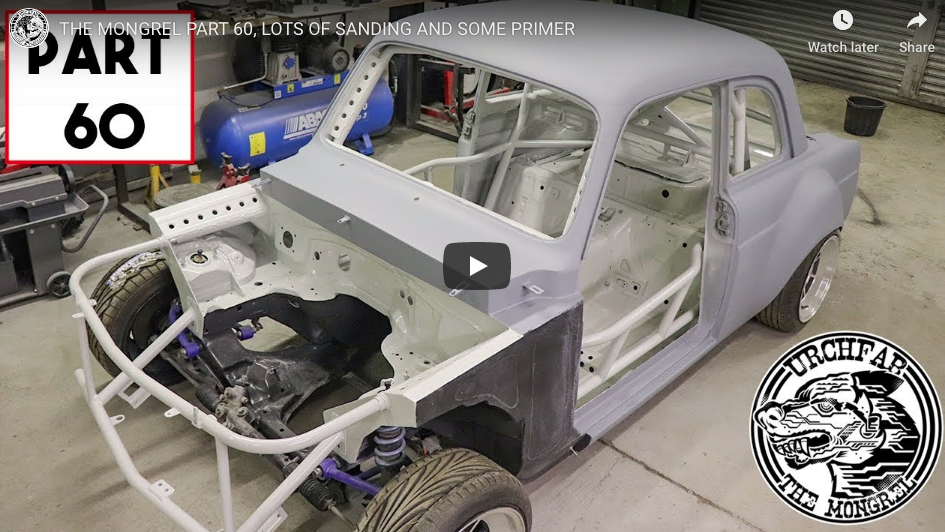 The Mongrel is getting so close to going back together for the final time! We can’t wait to see this little bastard tearing up the race track because we know it is going to be a riot, but having the time and money to put into building a project like this is something else and we’re glad to see Matt at Urchfab is getting into the final stretch of the build. He’s certainly had some trial’s and tribulations, but overall this is a project that should inspire builders. He recently got the car back from someone who had committed to bodywork and paint, but had only finished some of the bodywork, so Matt did what he’s done on every other aspect of this build and decided to do it himself.

The cool thing is that he also relied on viewers to help him when he ran into a problem while painting the roll cage. A few tweaks, some different equipment, and a little practice got that cage looking good and in this video he’s priming the body before final assembly and final paint happens. But watch as he rolls on the primer. Yep, rolls on the primer. Watch and you will be surprised at how good it turns out.

The Other Side Of The Coin: Day Of Destruction At Beech Ridge Ten In A Five-Pound Bag: Get A Listen Of This V10-Swapped Mercury Capri