Check Out This Cool Short Film About Illegally Racing Through Paris. Real Stuff With Arrests And All! 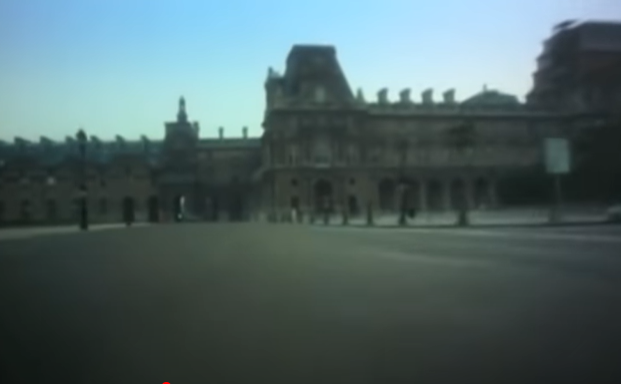 (Words by Scott Liggett) I came across this short film, “C’etait Un Rendez-vous” while watching Youtube videos on car chase movies. Made in the great tradition of guerilla film making of the 1970’s. It was shot in the city of Paris at the break of dawn in August 1976 while most of the city still slept. There were no permits, no police blocking traffic, nothing to prevent an accident, This pulse pounding film gives us a crazy view of flying through the old narrow streets at break neck speeds.

The director/producer/driver was Claude Lelouch wanted to make a a fast driving film in a single take with the camera mounted on the bumper of a car to put you right in the action. Loosely translated “C’etait un Rende-vous” means “it was a date” It was said he covered almost 11 kilometers through one of the busiest and crowded cities in the world in just 8 minutes with all traffic laws tossed out of the window the second the gas pedal was smashed. As you will see he flies through tons of red lights, skeetering past trucks, cars, buses and even pedestrians with the narrowest of margins, as he flies to make his rendevous on the other side of town.
While the actual car making the run was a Mercedes 450SEL with the big 6.9 ltr V8, the beautiful sounds you hear are from a 1967 Ferrari 275GTB’s V12, For a very long time, people thought that was the car used to make this film. There is no music or other annoying sound effects, just the viceral sound of a racing engine and tires desperately trying to keep grip of the road. So turn up the volume to hear this glorious morning music.
How illegal was this movie to make? Once it was screened for the first time, the French police immediately arrested Lelouch for reckless driving. But, the charges were later dropped.
This Redcat '64 Is An RC Impala Hopping Lowrider That Would Make Any Hot Rodder Happy For Christmas Here's Even More Street Car Super Nationals Photo Coverage To Check Out

3 thoughts on “Check Out This Cool Short Film About Illegally Racing Through Paris. Real Stuff With Arrests And All!”