Watch BMW Turn An Aircraft Carrier Into The Ultimate Racetrack… Or Did They? 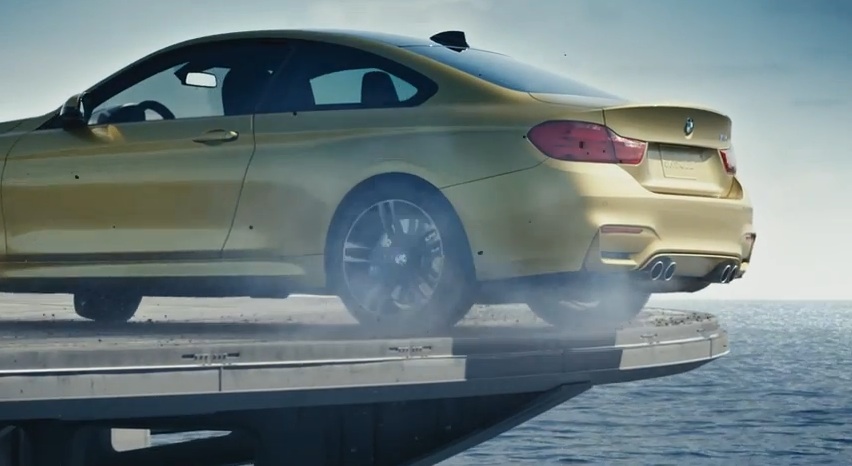 We’ve seen a lot of cars race fighter jets on aircraft carriers, including Top Fuel Dragsters, but this video from BMW is using A LOT more of the aircraft carrier than we’ve ever seen used before. The big question everyone is going to have though… “Is it real?” It can’t be. Or can it? Did BMW really make an aircraft carrier in the Ultimate Racetrack? With concrete barriers, rumble strips, and tire barriers, along with ultra crazy no barricade drop offs, the logical side of our brain says no way. But could it really happen?

I really doubt that even BMW would spend the money required to modify and outfit an aircraft carrier to this extent, but boy would it be bitchin if they did. Ultimately, we don’t give a crap one way or the other, because the video is awesome and does make you hold your breath a few times as this new 2015 BMW M4 gets thrown to the edge and almost over.

BMW has spent a lot of money on super cool videos over the past few years, and we definitely feel that this one is worthy of the BMW video heritage.

Check out the BMW Ultimate Racetrack below.

11 thoughts on “Watch BMW Turn An Aircraft Carrier Into The Ultimate Racetrack… Or Did They?”