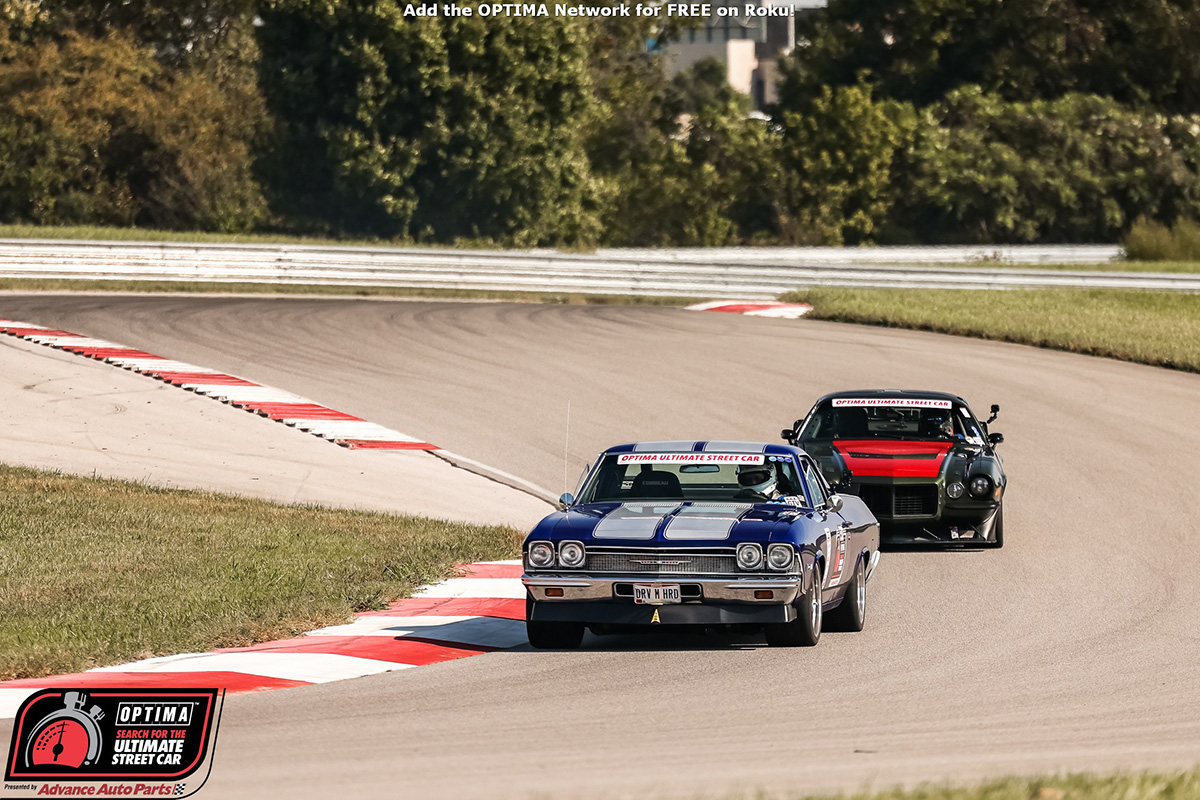 (Words by By Jim McIlvaine) The regular season of OPTIMA’s 2021 Search for the Ultimate Street Car, presented by Advance Auto Parts, wrapped up at NCM Motorsports Park on October 10th, leaving lucky qualifiers less than a month to get their cars turned around and headed out to Las Vegas. There was plenty of carnage at NCM Motorsports Park, with defending OUSCI champion, CB Ramey, having his day end early with his car spitting out parts, as it spun backwards on the Falken Tire Road Course time trial.


Ramey was joined by Doug Wind, who literally drove the wheel off his Dodge SRT-4 and Dayton de la Houssaye, whose Miata simply stopped running on Sunday for no obvious reason. Luke Vigneault’s Dodge Challenger suffered a failure in the suspension system and even cars that finished the weekend under their own power, like the GTS Class Champion Nissan GT-R driven by Bob Sobey are seeing their engine and transmission get pulled for a refresh before heading to Vegas.

Last-minute thrashes are part of the territory not just for OUSCI competitors, but for SEMA Show attendees in general, but do the last-minute upgrades really pay off? The answer could be “it depends.” The OUSCI will be run for the 14th time this year and there are plenty of success stories to cite, but plenty of others, who had a great-looking car put together in time for the show, only to have it fall flat on it’s face in competition. It’s certainly a gamble, but that’s to be expected for anything that goes down in Sin City.

Some started rolling the dice in Bowling Green, including Jamie Elliott, who hadn’t run all season long, but came out at the season finale and grabbed the final entry for the Outlaw Class, which will compete for the Outlaw Cup in Las Vegas. Nathan Popp’s ’95 Camaro was another last-minute entry in the GT Class, but he turned in a dominating performance that resulted in a surprise entry in the OUSCI.

The Classic Car Liquidators GTV Class saw a four-way battle for the championship with a quartet of Camaros seeking out top honors. Jason Bottenfield’s first gen Camaro emerged victorious over the second gen Camaros of Nick Relampagos and Jim Stehlin and Wayne Atkins’ third gen. Meanwhile, Paul Bulski’s ’71 Buick GS, which was previously-projected to be the first car on the wrong side of the cut line, turned in the performance it needed to earn a Vegas invite, while finishing seventh in the class. Jesse Vaughn’s Square Body was another entry that had to turn in a solid run at NCM, if it wanted to get to Las Vegas and delivered when it mattered most.

The SEMA Show will happen this year and when it does, expect to see cars compete in the Peak Performance Challenge at the SEMA show for the first time ever, before heading out to Las Vegas Motor Speedway on the weekend. If you can’t make it to Vegas, you can always catch the TV series, as it airs every Friday night at 8PM ET/PT on MAVTV. You can see the top finishers in each class below, as well as the regular season champions and a full gallery of images. If you want to get in on this action, head over to www.DriveOPTIMA.com to get all the details.

Top Chop Timelapse: Chopping 3 Inches Out Of A 1937 Ford's Roof One Step At A Time, All Done In Timelapse FREE Live Streaming Drag Racing From The IHRA Summit Racing SuperSeries World Finals Today!