It’s Blown Baby: This Vintage Road Test Of A Supercharged 327 Powered Avanti II Shows Just How Neat These Cars Were 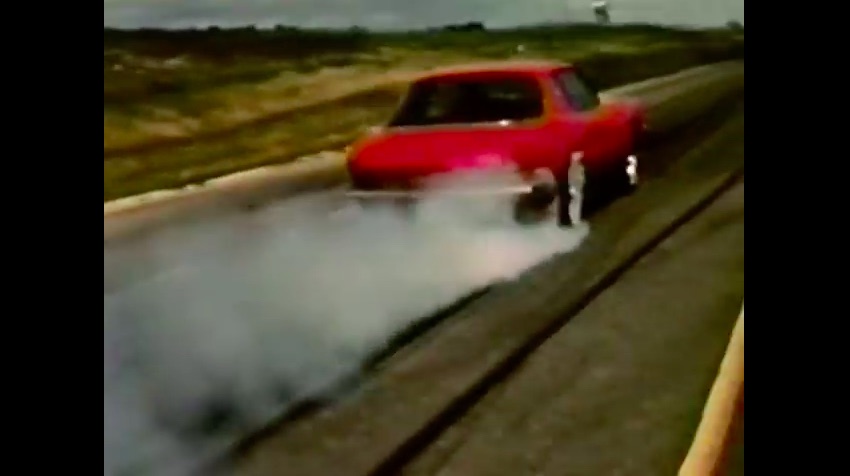 The Avanti is one of the most interesting automotive stories of the muscle car era. Studebaker introduced the car and sold it for a few years before sliding beneath the financial waves. The stunning car was truly great and the fact that two former Studebaker dealers teamed up to resurrect the model proves that. The video you are going to see here is a vintage road tests of a supercharged 327 powered Avanti II that was shot in the 1960s for the television show Car and Track. To say that these guys liked the car isn understatement and when you see how it performs you’ll well know why they enjoyed it so much.

At the time this video was made, the Avanti II was making a pretty big splash, and for the right reasons. Firstly, the cars were great looking and secondly their build quality was really good. Built by hand in South Bend, Indiana (the home of Studebaker) this was a low volume exercise with about 3-5 cars a week being sent out the back door of the factory to be sold.

Like the original Avanti, the Avanti II was available with a centrifugal supercharger. Unlike the original cars, this one was on a 327ci Chevy small block that made significantly more horsepower than the blown Stude engines ever could back in the earlier half of the 1960s. We’re guessing that they were being pummeled with about 6psi of boost from the blower and the engines made 350-400hp. Outside of the hotted up mechanicals, all of the other elements of the original cars were present. These things handled, they looked exotic, and the interior was awesome. There’s a level of sophistication that oozes off an Avanti no other car of their era had.

You can hear the excitement in Lindemann’s voice as he talks about the car and you can watch the smoke funnel off the tires when the test driver lays into the gas!

Here's Mud In Your Eye! Watch This Compilation of Crazy Mud Bog Runs and Wrecks From The 1980s Ridetech Unveils New Strong Arms For Factory Coils: No Need To Run Coil Overs To Get The Best Geometry And Strength

One thought on “It’s Blown Baby: This Vintage Road Test Of A Supercharged 327 Powered Avanti II Shows Just How Neat These Cars Were”