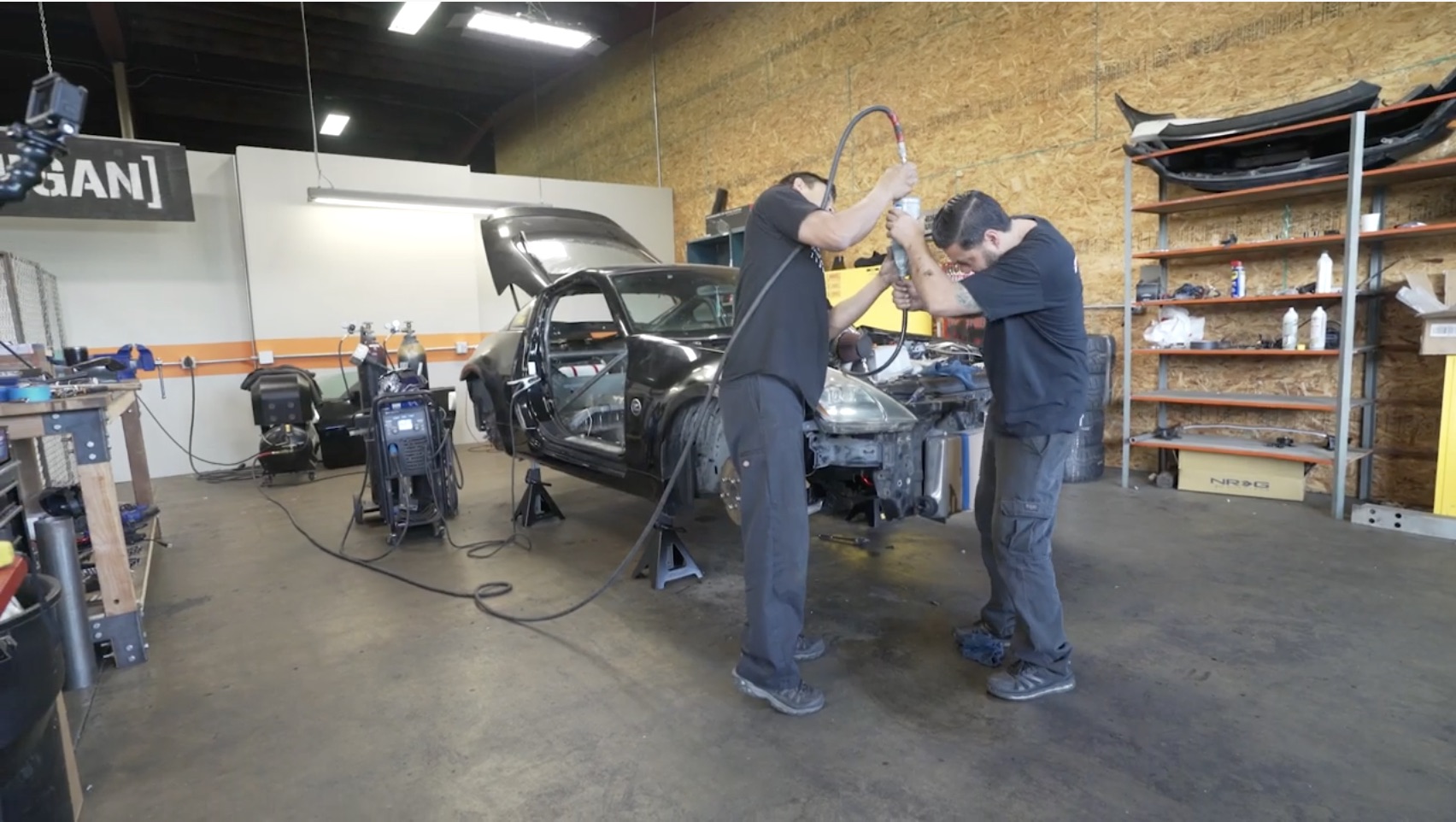 We’re digging the Hoonigan’s Build & Battle series simply because it’s team vs. team car building that is focused on the cars and not on the drama that goes on behind the scenes. We love the fact that the most drama that shows up involves the budget and just how close the teams are to blowing through the cash limit. And we truly dig the fact that each car is going to get the absolute stuffing kicked out of it…or else. The current battle involves cars that will run in Gymkhana GRID-style racing, and are two different worlds: a Nissan 370Z that is getting a Honda K20 mounted north/south in place of the original VQ V6, and a third-gen Camaro with an LS swap that should be as solid of a choice as it gets. Right?

When you set a short deadline and insist on having a functional race car, thing will happen. Good builders will get the job done, but even they are fully aware that nothing is perfect and that nothing will ever go completely to plan. So when you see a nice plume of fire jet out of the Camaro’s exhaust, that’s just one of those moments. When you learn where the oil drain plug is on the Honda engine relative to the black metal of the Nissan’s front structure, that’s just one of those things that happen.

Wicked Little Sleeper: This 4G63-Swapped Eagle Summit Beats Up On A Nissan GT-R And A Viper On This Date: The Final Time Man Walked On The Moon In Apollo 17