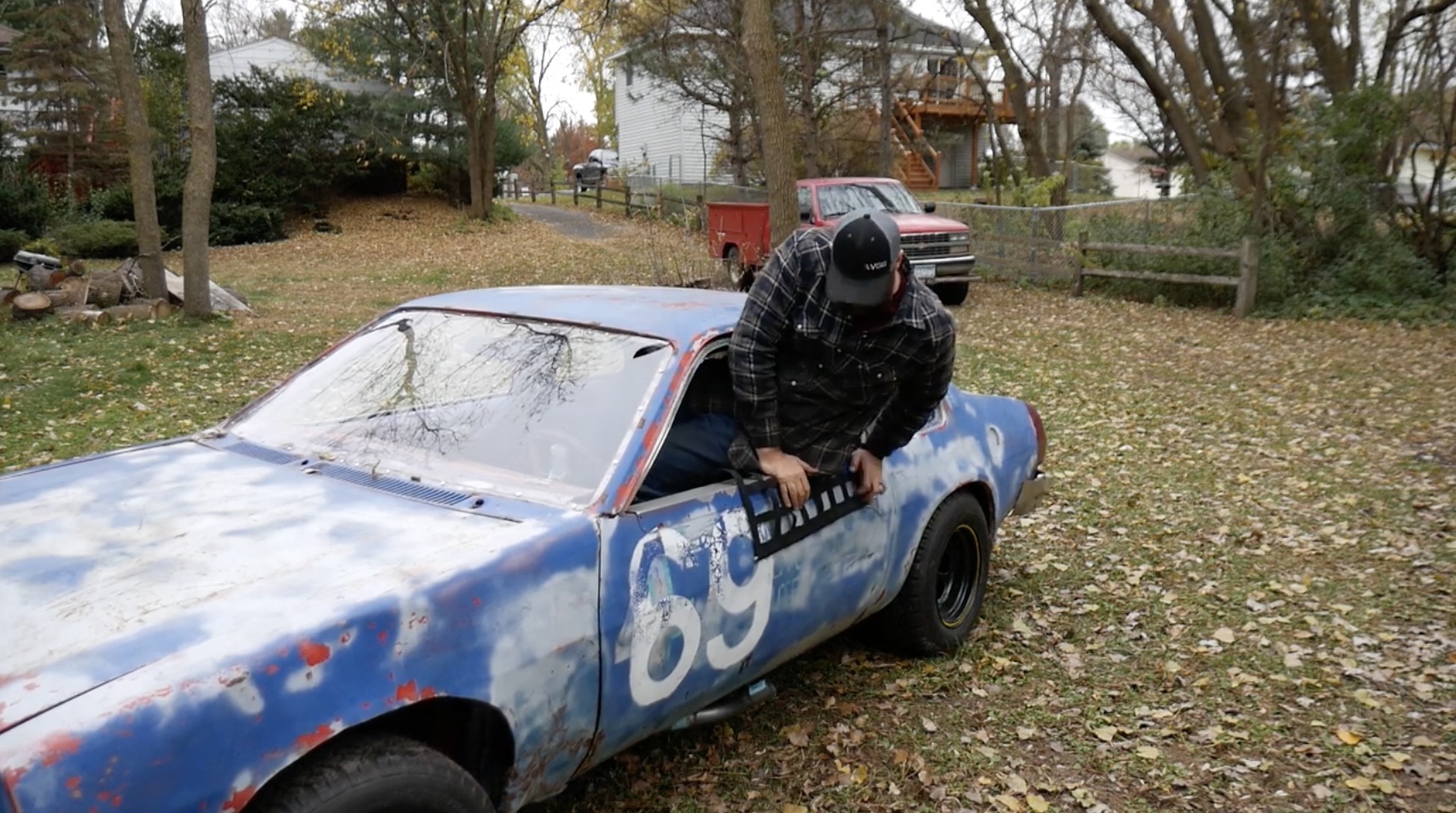 The Chevy Monza that occupies some area of land near Derek’s property is…well…roached. It’s somewhere between a four-cylinder machine you’d find at the local race track and something you’d find at the far end of the junkyard that refuses to close. Which means that it’s absolutely perfect as a race car. What’s that old axiom…”Never race a car that you aren’t willing to push off of a cliff”? Take one look at this thing and tell me you wouldn’t give it that last little nudge just to see what happened next. It’s got an engine, a gearbox, four wheels with two that might turn, some tubing that looks race-ish, and there is no reason whatsoever to be concerned with about anything else. Perfect race car fodder.

Unfortunately, actual race circuits frown on a clapped-out 1970s compact car that is filled with leaves and debris, and no proper track is going to allow a machine to run without safety gear. If they do, you aren’t at an actual race circuit…you’re either at an outlaw track or you’re on someone’s property and what goes down next will probably be epic anyways. But the name of the game for a fella’s little Monza here is to be honestly competitive at an SCCA-sanctioned race, so it’s time to bite the bullet and get this little Chevy honest!

The Dirty Cougar: Waking Up A Sleeping Cat For Another Season 2019 SEMA Nightwalk Gallery: The Final Photos From Las Vegas