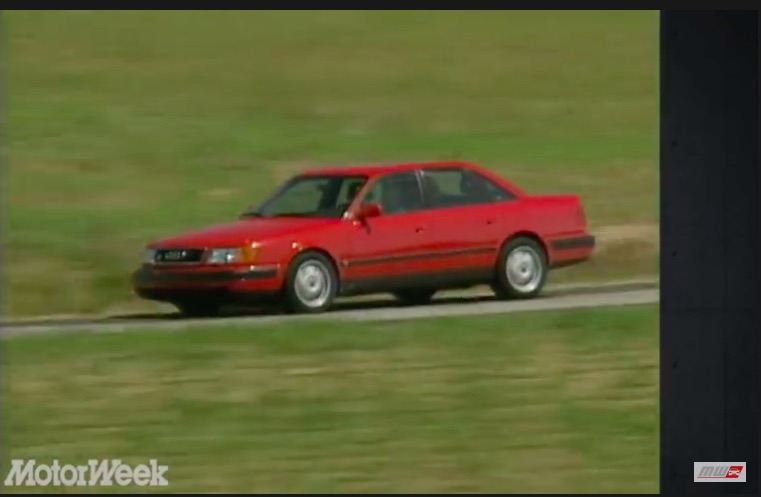 To this day, I really like the Audi S4. Not this one in particular, but the model. I think it’s a more subtle, cool, and interesting German sport sedan than any of the other guys make. Back in 1992 Audi decided to bring the S4 to America, offering 250 specially built cars that were sold out before a single one made it across the ocean. Even today the S4 is a sometimes hard to get beast on Audi lots. Back in 1992 this thing looked pretty sedate but could run 14s at the drags while ferrying everyone around in comfort. 14s in 1992 was hustling. It was not until the later 1990s that 13-second pony cars were the hot ticket off the showroom floor so this thing with its AWD could be a fun shocker on the streets.

The engines in the S4 have evolved and changed over the years. This particular car was powered by a turbocharged inline five that was rated at 227hp and 258 lb-ft of torque. The four-valve engine was basically a streetable version of the rally engine that Audi engineers had been tweaking on for years.

The styling of the car is  boring as boring gets and maybe that’s why I think this 1992 version is cool and very German. No one cared a lick what visual pop it had because they knew the performance and mechanical pop was where people had their hearts set and boy were they right.

Timers: Here's How A Top Fuel Clutch Knows When To Do What It Does How To Take A Pile Of Scrap Parts And Make Them Into A Hot Rod: Making A 5 Window Essex Coupe