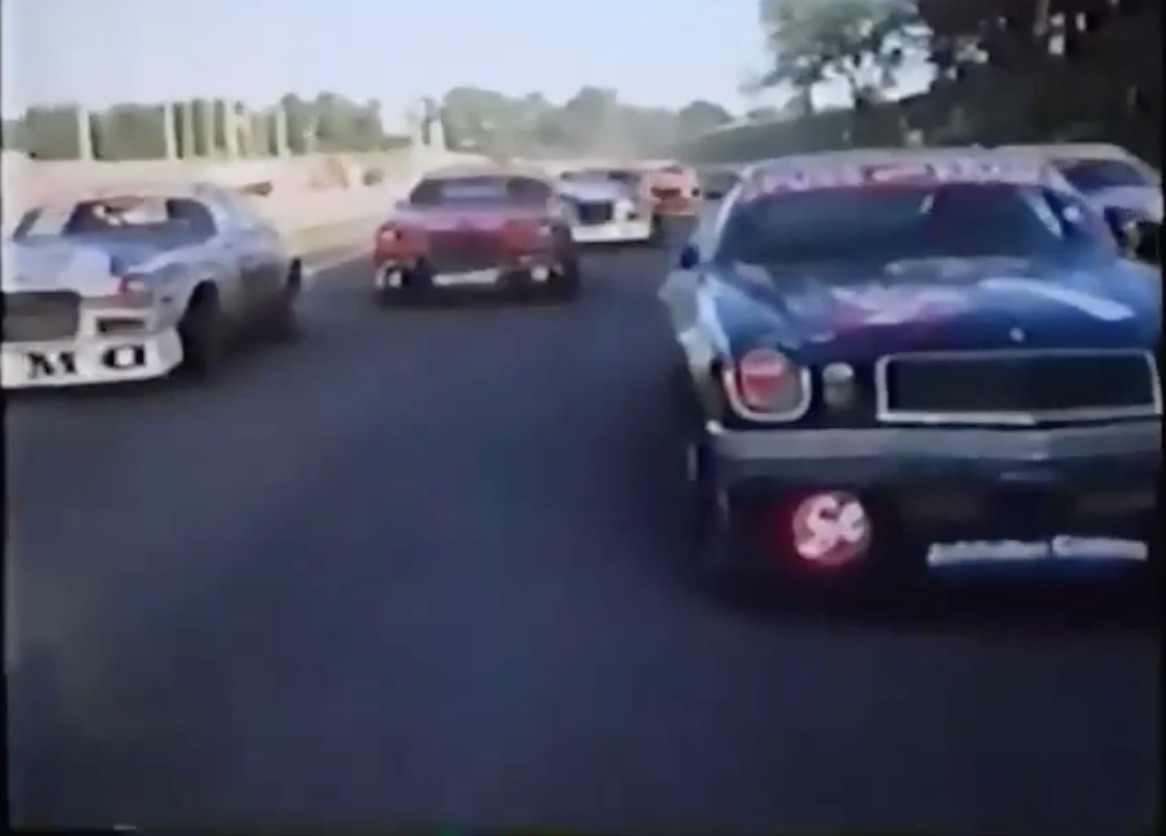 The mythos of musclecars spread worldwide. Japan, the Middle East, Europe, South America, Australia…between 1960 and 1980, depending on where you are at, somehow American musclecars impacted the automotive scene. Mustangs and Camaros especially seemed to be internationally accepted. Maybe it was because the “pony car” size was a bit more palatable than the intermediate sedan size of the time, or maybe it was because these cars offered up handling packages that, for the time being, were good. Mustangs and Camaros battled it out in British Saloon Car Championship races and in the Australian Touring Car Championship. There were plenty of competitors, plenty that could put up a hell of a fight against the Yanks, but it’s a bit of “forbidden fruit” draw that saw the popularity of these cars maintain overseas: sure, the Coopers, the BMWs and Mercedes, the Holdens and local Fords were awesome in their own right, but then you had these American monsters, cars whose legends preceded them.

We’ve known that Sweden has a huge American car culture presence for some time now, and we knew that Camaros in particular had a special place in the Scandinavian/Nordic regions thanks to footage of them racing on plowed, ice-covered lakes over the years, but this is a racing series that we didn’t know about until Arlid, a BangShifter from Norway, sent this footage over to us to check out. The story goes like this: in 1974, the acting director of the Stockholm Sports Car Club (the SSK), Robin Shorter, started gathering up some momentum for an idea for racers and dealers selling American cars to come together. Originally known as the Woodhead Super Star Cup, the first season kicked off in 1975 and throughout the years it’s changed names, changed focus a couple of times, but colloquially is better known as the Camaro Cup.

The cars themselves have remained tight with the stylings of American Trans-Am racing and European touring car setups throughout the years. They are purpose built machines, but there is no doubt what kind of car you are looking at. We wish that you were hearing the engines instead of a instrumental version of Blondie’s “Call Me” during the video, but most of you know full-well what a herd of Camaros in the hands of some leadfooted drivers sounds like!

This 1960 GMC Video Heralds The Introduction Of The Latest Heavy Duty Trucks, Including The Famed Crackerbox Best of 2020: How Lee Iacocca Almost Got A Lamborghini Edition Chrysler Imperial

One thought on “Best of 2020: Early Camaro Cup Footage From Sweden”