Classic YouTube: The Many Faces Of The Significant Other On A Ride-Along! 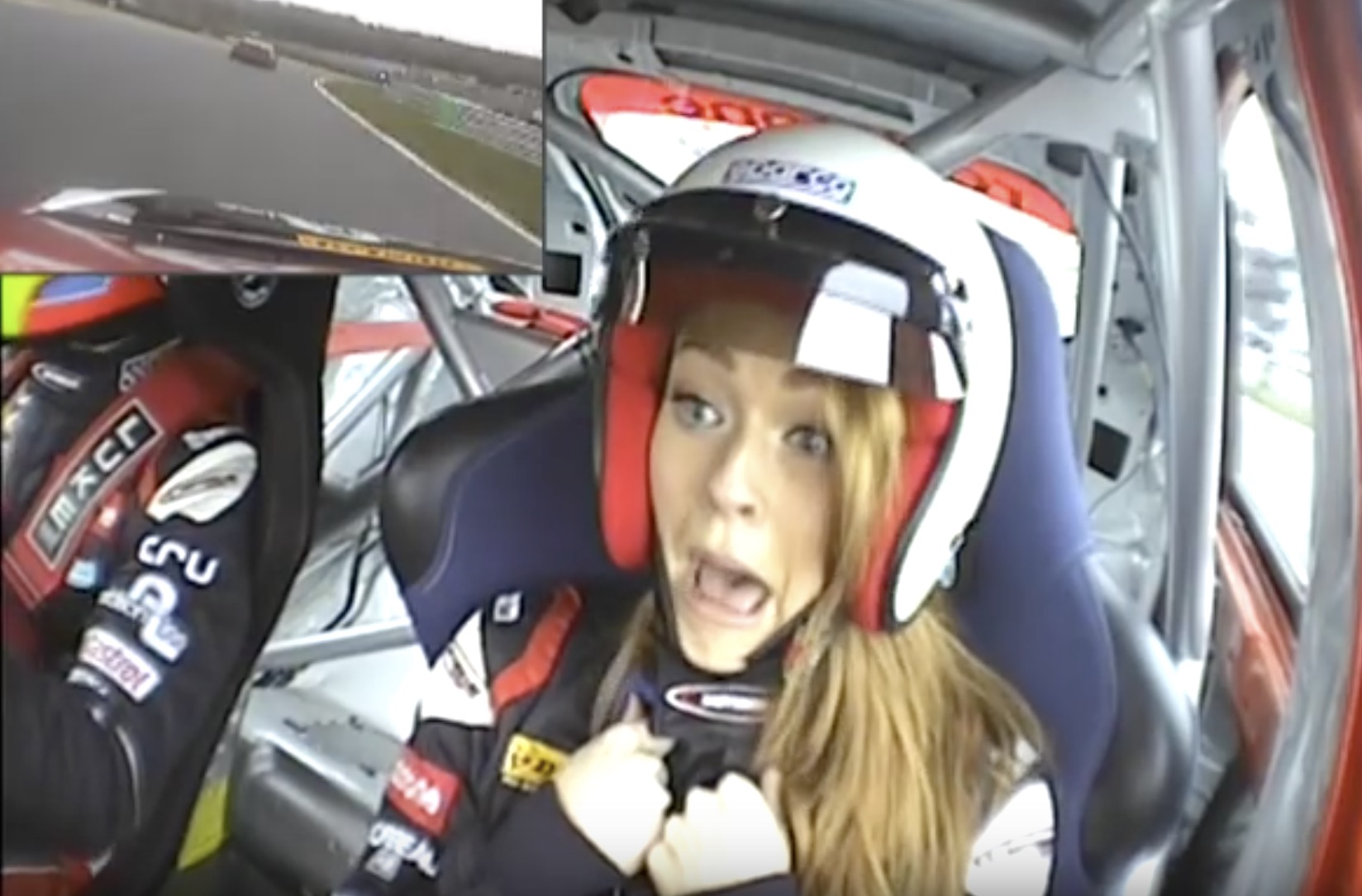 Árón Smith is one of those guys who can drive whatever he’s put into. From his karting days when he was a teenager to his Renault Clio Cup time, his British Touring Car Championship years, his Blancpain GT Sprint series and currently, his Complete British GT Championship  run using a Ford Mustang, there is no doubt that there is talent involved when this guy is behind the wheel. Getting a seat is one thing but making a career out of being a racing driver takes more than luck.

You know what else takes a bit of luck? Having a lady by your side that is willing to strap into the passenger seat of the race car, knowing full well what you do for a living. It’s one thing to do a touring lap with a guide car with your lady riding shotgun. I took Haley around NCM Motorsports Park at about 60% of Angry Grandpa’s capability once and she was on the good side of okay with it. Had she been riding along when I was at maximum effort, and I promise you that once the screaming subsided, blows would’ve been thrown. So seeing the beautiful Lauren willfully sitting inside of Smith’s Ford Focus ST race car is by itself a miracle. But Brands Hatch is calling and it’s time to come clean about what the typical work day really looks like from his point of view. Hang on!

3 thoughts on “Classic YouTube: The Many Faces Of The Significant Other On A Ride-Along!”