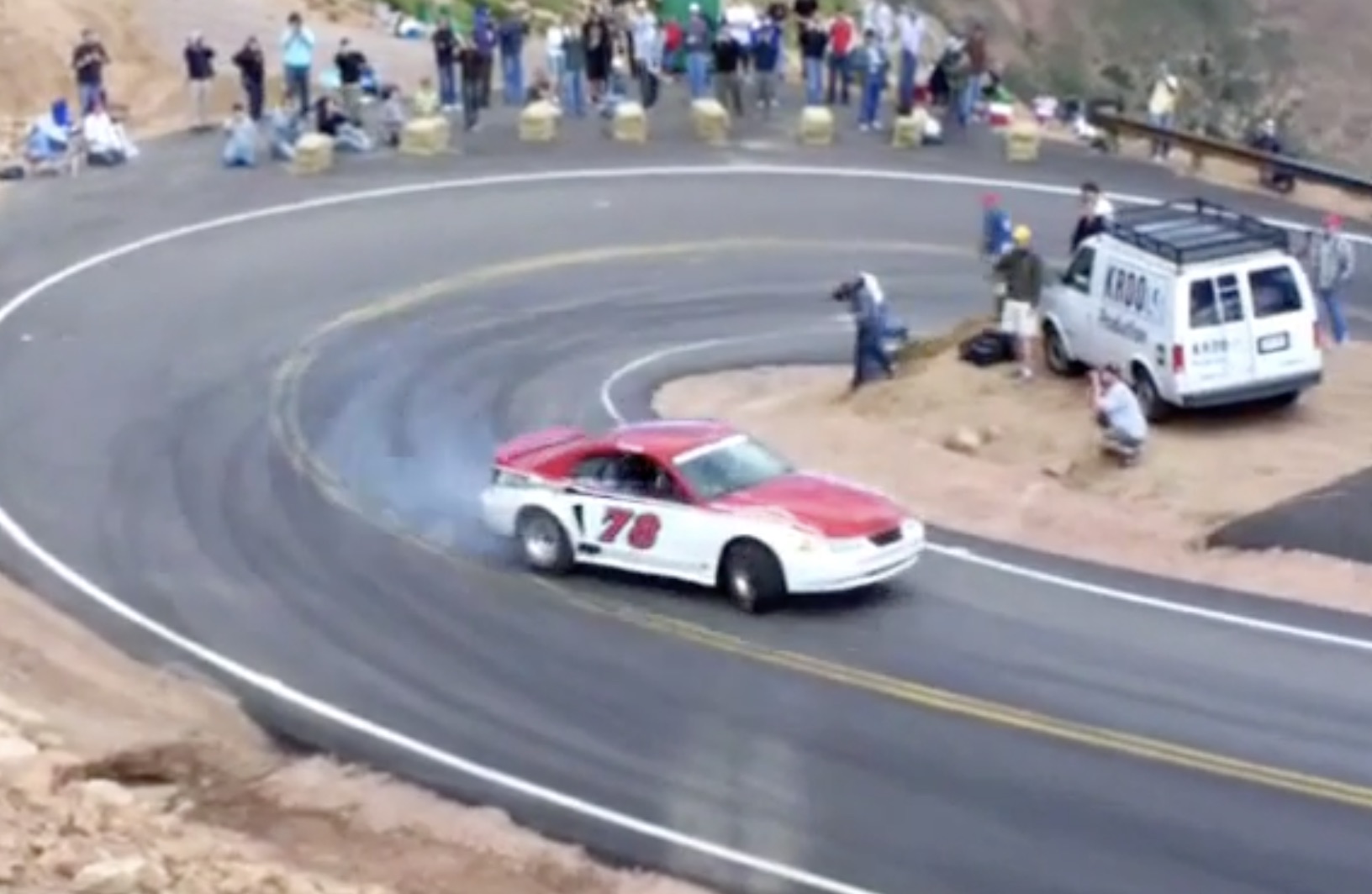 Super Stock Car at Pikes Peak was a dream class: As long as it looked like a street-going vehicle, have at it, boys. This is where you saw basic, stripped-down machines show up and show off. We’re talking late-model body shells like Mustangs, Camaros, Monte Carlos, Grand Prix and even one of the rowdiest Pontiac Sunfires ever built…and yes, we mean that, a rowdy Pontiac Sunfire. It existed. Every last one of these cars looked like they’d be nothing short of a ball to drive in anger and every last one would leave viewers looking for one of their own, since they were so approachable.

Take Tyler Casebier’s Ford Mustang. A New Edge-styled SN95 Mustang is worth pennies on the dollar right now, and even in 2007 they were starting to fit into the “go ahead and modify” class. How would you set it up? Stick with the 4.6, move straight to the 302, or go balls-out for a NASCAR-style block and live up to the “stock car” part of the class? This was before the whole route was paved, so having metric tons of power at the rear wheels wasn’t always the best idea!

The Roto-Wing Plow Was A Man-Eating Snow Mover From The 1930s - What Happened To It?! This Guy Scratch Built A Miniature Ford 300ci Inline Six - It Is Amazing And It Sounds Fantastic Running! (Great Video)