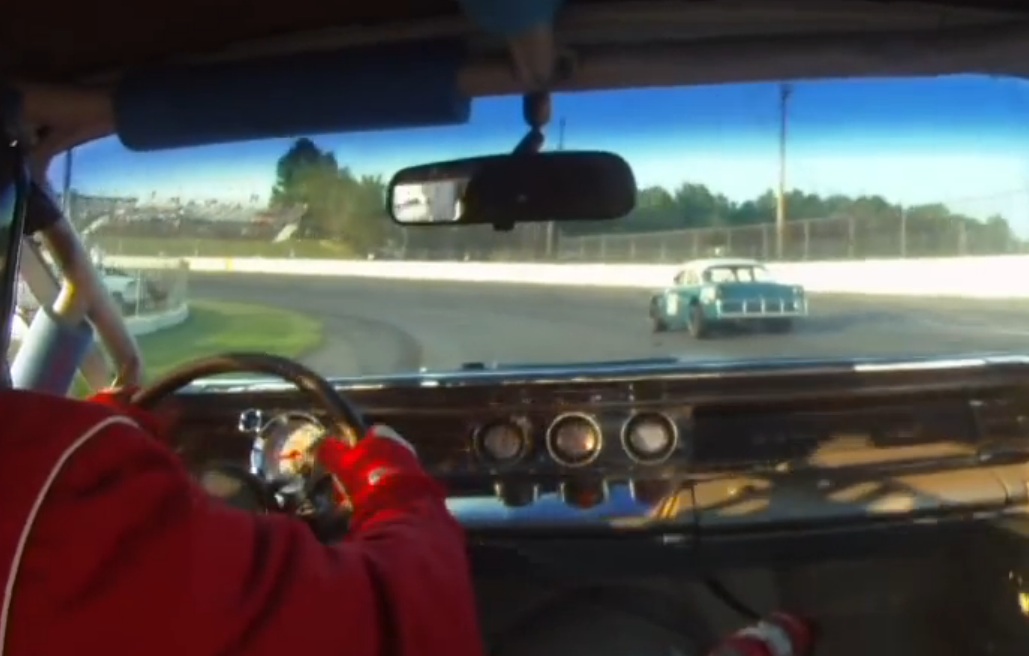 As much as we love our nostalgia drag racing around here, the expanding popularity of vintage stock car racing has us pretty excited. Guys are dragging out period correct cars and they are also building period correct appearing pieces out of cars that may otherwise go to the scrapper. The car in this video is a 1963 Pontiac Bonneville, which was saved from rotting in a barn and built into a vintage racer by a man named Wayne Poplin.

The Pontiac is powered by a big block Chevy and as you will see, looks like a real hoot to race around short tracks like Hickory Motor Speedway in Newton, North Carolina. It isn’t Cale Yarborough on the high banks of Talladega, but watching how had Wayne has to drive this big tank of a car around that 3/8 mile oval is awesome. We dig the fact that like an old stock car the dash is still there. From what we can see of the cage, it looks pretty legit, and while the speeds are not supersonic, these guys are humping along pretty good and the people in the stands are probably loving this look into the storied past of stock car racing.

If we had to pick an era to freeze NASCAR in it would probably be the early 1960s before the wing cars and that stuff. Sure those winged machines were faster but there was something about seeing a “stock” 1962 Pontiac barreling down on a 1962 Ford or Chevy or Mercury, or Old or…you get the point.

Vintage stock car racing is definitely on our radar. There are regional series springing up all over the country, including here in New England. Hit your local circle track up to learn more or search the web for schedules. How cool does this look?!