Frederick, Maryland Is The Home Of The Only High Wheeler Bicycle Race In America And It Looks Pretty Awesome 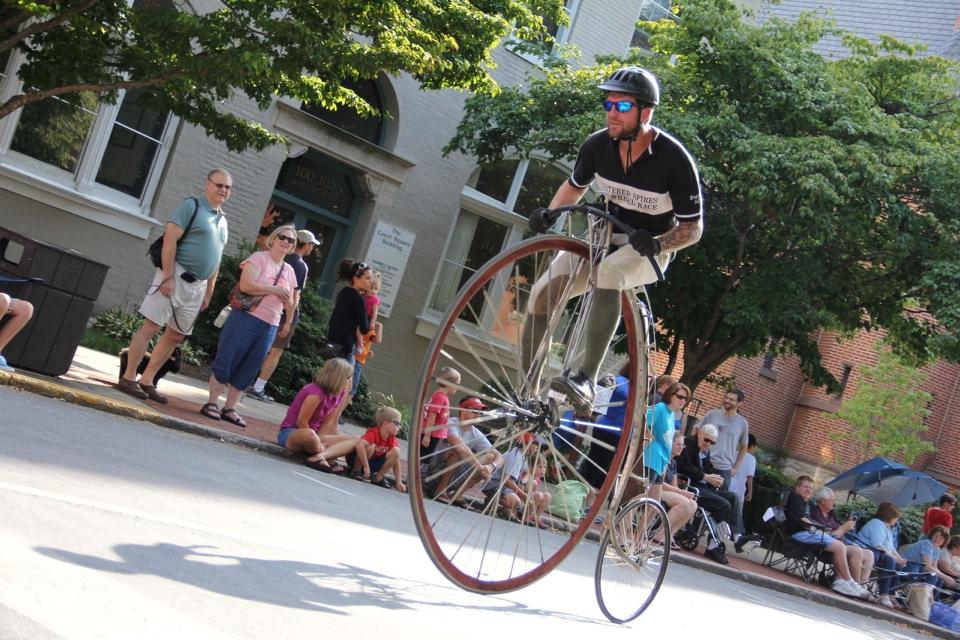 It seems funny to think about how revolutionary and game changing bicycles were in the 1800s. Today we just kind of take them for granted as bikes because they are everywhere. Kids have them, people commute on them, exercise on them, race them in forms that range from hurtling down mountains to pedaling around closed courses. The bicycle is a part of our lives that we simply take for granted as another “thing” that has been here forever. Such was not the case when Europe and then American caught the bicycle craze more than a century ago. The early bicycles were more of planks with wheels but as the machines evolved they took different shapes and one of the most awesome evolutionary steps in the history of the bicycle was the “high wheeler”. You know what we are talking about, the massive front wheel design with a small rear trailing wheel for stability was a mainstay for a couple of decades in the cycling world and was responsible for a term that is still used in the modern lexicon.

Because the rider on a high wheeler sits so far forward (basically on top of the front axle) they were pretty dangerous and falling forward off of one was deemed, “taking a header”. That term is still widely used today to describe someone falling down and whacking the ground with their dome. The benefits of the high wheeler were speed, comfort over obstacles, and durability. They were simple machines that really had few moving parts so there was little to fail. What ultimately killed them off was the evolution of the “safety bicycle” that brought the rider closer to the ground and had a gear drive that could be used to help with climbing and speeds on flat ground. High wheel bicycles were the first that saw use in races and competitions. There are four high wheeler races left in the world and one of them is in America.

When we heard about the Frederick Clustered Spires High Wheeler Bike Race we thought it was a pretty awesome thing. Think of it as the nostalgia drags or vintage road races of bicycling and the people who enter this one hour contest show up to win, not just for the danger and physical challenge. It is pretty funny to see racers in modern bicycling gear pedaling their hearts out on a machine designed just after the end of the American Civil War but they do and people show up in droves to watch. 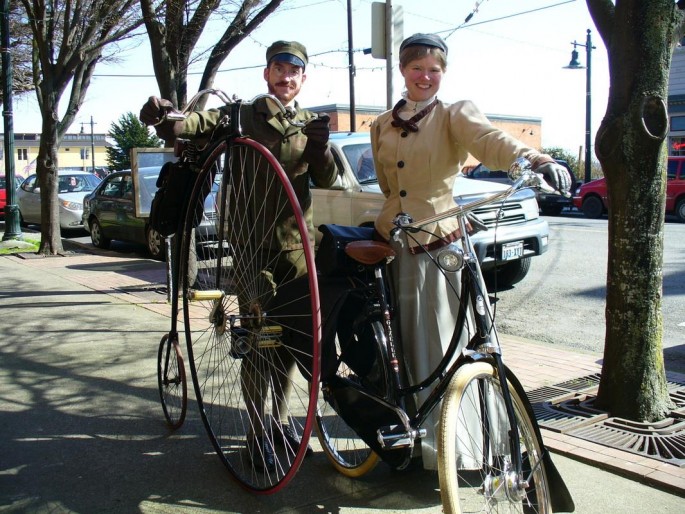 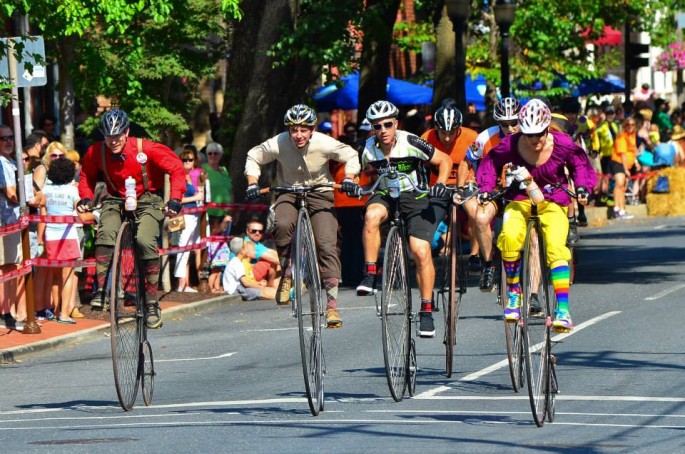 Unhinged: The Benefit Of Being The Devil On The Shoulder Of Your Car-Addicted Friend Details Emerge For Cadillac's New 3.0L Twin-Turbo V6 - 133HP Per Liter!

One thought on “Frederick, Maryland Is The Home Of The Only High Wheeler Bicycle Race In America And It Looks Pretty Awesome”