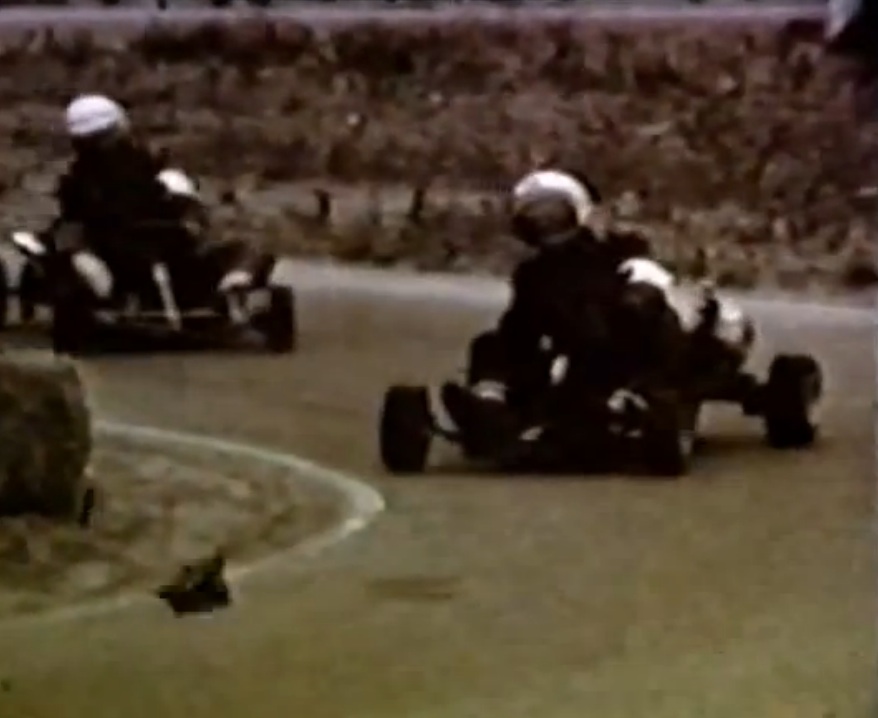 Today, racing karts is a worldwide phenomenon and serves as both incredible training for the race drivers of tomorrow and a battle ground for talented mature racers to let their skills shine. Nothing is more informative in the world of competitive driving than a kart. Why? It exaggerates the basics of doing stuff like conserving momentum, being smooth, apexing corners, and other performance driving attributes that seem a little more vague and distant in a full sized car. This whole thing began in the 1950s in California and rapidly spread around the world because the machines were light, small, cheap, and fast. In this video, you’ll see some of the earlier kart racers getting after it at a place called Go Kart Raceway in Azusa, California. This is the place where go kart racing was literally born.

The description that was included with the video does more to explain what you’ll be seeing than anything I could conjure up, so use that as your historical road map. Relaying simply what I saw on the screen, this is a great watch. With their small, hard, and largely grip free tires, these karts slide beautifully through corners. I am not sure why, but this video was shot in slow motion back in the day so you see the karts but you also get to see them sideways with the drivers making minute corrections to keep them dirt tracking through the turns. The slow motion aspect of the deal is really, really neat.

Here’s some movie footage of action at Go Kart Raceway in Azusa California. It was the first purpose-built kart track and was on the property of Go Kart Manufacturing. I don’t have a firm date, but based on the vintage karts, this would have been in 1959 or 1960. Go Kart Manufacturing went out of business at the end of 1962, but the kart track lasted until sometime in the early 1970’s, being renamed J&B Kart Raceway. Road construction had chopped a portion of the track off in the late 60’s, but the remaining freeway construction on the land rang the final death knell.

This footage was shot in slow motion, which may be less exciting than regular speed, but you do get a sense of how much the karts are drifting around the corners, and the twin engine karts are reaching tremendous speeds for the era. Karting came into being in 1956 with low-powered 2-strokes that topped out at maybe 30 MPH, but many big names in hot rodding took to karting and within a couple of years they had transformed it into a real high performance sport by grafting on any number of high-powered two stroke engines from various motorcycles, outboard motors and industrial setups. This gives a good, but brief over view of the machines in the era, and the sound at the beginning is an actual race from the era at that track. You can tell they aren’t powered by lawnmower engines!

In-Car Video: Let's Go Legends Racing At A Bullring Called Wake County Speedway Free Read: Evel Knievel On Tour - The Book That Made Knievel Freak And Take A Bat To The Author