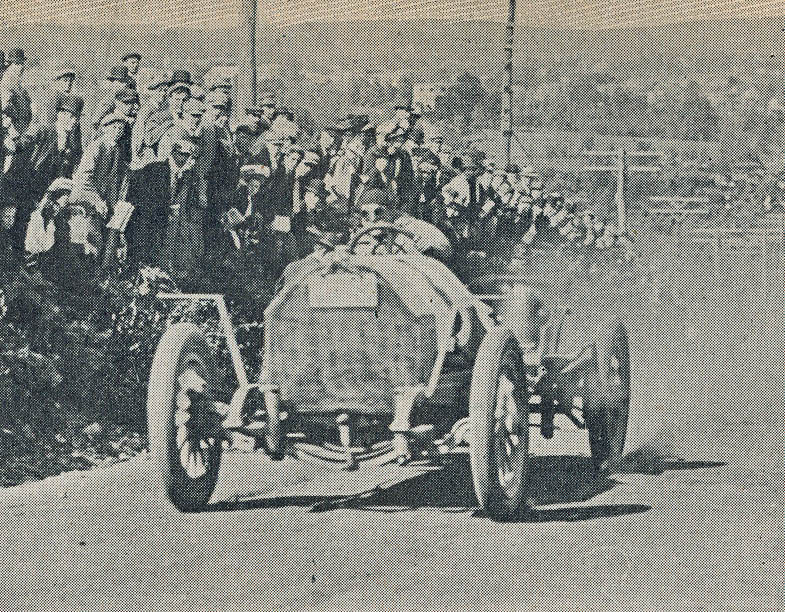 Today when we think about racing we immediately envision the vehicles competing in the modern palaces of speed that have been built to house the different forms of the sport. Well, 100+ years ago there were no such places and racing was an activity that took place on all sorts of surfaces from packed beaches to county fair horse tracks. It also took place on hills.

Today, hillclimbs are a very popular form of competition in Europe and they also have a following here in the USA as well. Back around the turn of the 20th century they were hotbeds of racing activity where manufacturers competed to see who had the best and most powerful cars to scale these back breaking natural inclines. As it turns out, one of the most famous of these events was held on Dead Horse Hill in Worcester, Massachusetts.

When there were hundreds of car manufacturers in this country all doing things their own way, competitions like this one were vitally important for them to show dominance or at least equality with machines made by more prestigious manufacturers. The nature of the competition made this very popular as well. As low powered automobiles became more and more available to the masses, they learned how “fun” it could be to limp one of them up a grade like Dead Horse Hill.

To watch the most powerful autos of the day roar up those same hills was a spectacle for all to behold. Check out this awesome story on the event and its history.

CLICK TO READ THE STORY OF THE DEAD HORSE HILL HILLCLIMB