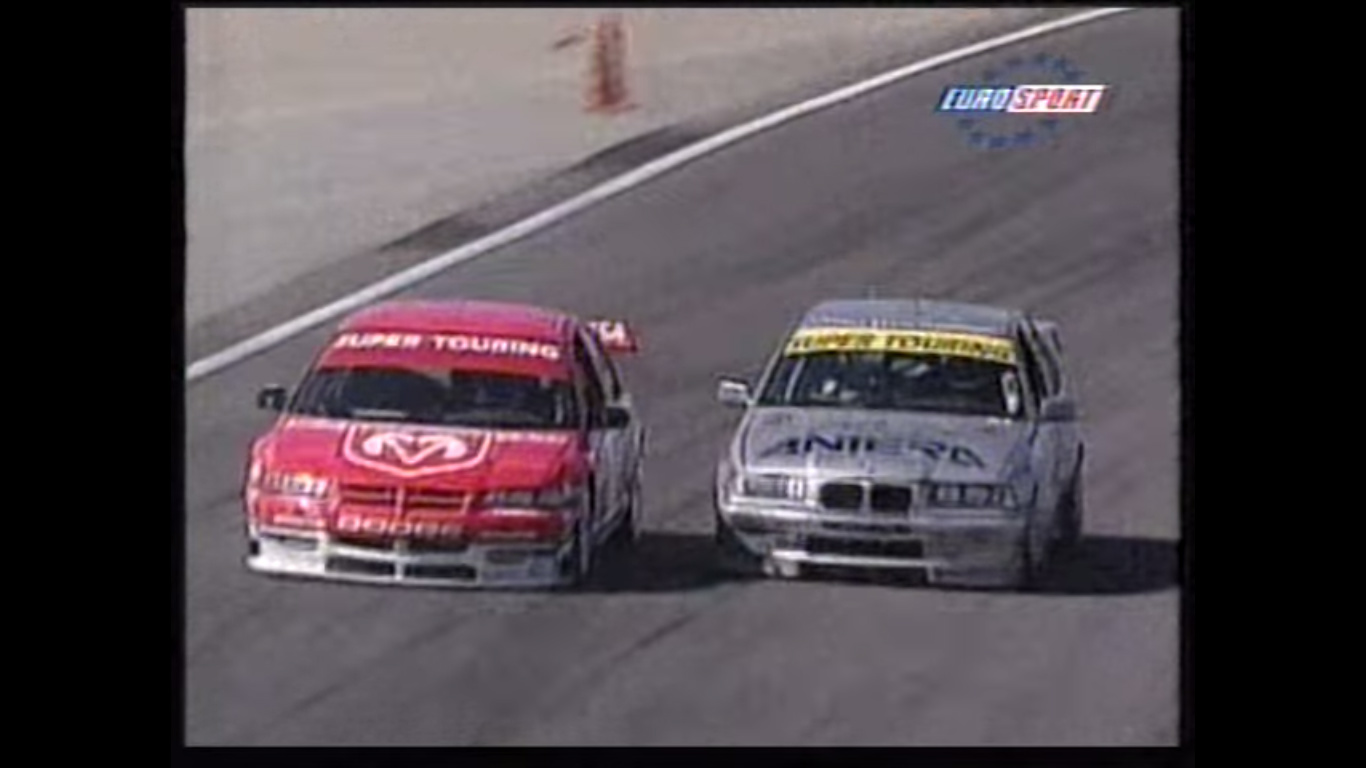 The Super Touring years of touring cars, particularly in the British Touring Car Championship, are often considered the golden era of production-based tin-top racing. The rules were simple and designed to create a direct connection between car buyer and racing fan in what would have been the English version of “Win Sunday, Sell Monday.” The cars had to be four-doors with a naturally aspirated 2.0-liter four-cylinder engine, and two-wheel-drive only. The regulations produced wildly competitive seasons in 1990s BTCC and in 1996, Super Touring racing came to America as a support series (mostly) for CART in the form of the North American Touring Car Championship.

The series lasted only two seasons before folding and with car counts barely exceeding a dozen at any race, it’s no big surprise why. However, Chrysler famously built and raced a pair of Dodge Stratuses (Strati?) and Honda also pitched in with Accords to face a motley crew of assembled Super Tourers. The ‘96 title went to Randy Pobst in an Accord while David Donohue won in ‘97 with a Stratus.

The Accord was also Honda’s offering in Super Touring for BTCC at the time, as was BMW’s 3-Series. However, the rest of the field, which included several cars that made only a couple of appearances, are interesting in their own ways. These included:

Today, racing any car in the U.S. that isn’t sold here is considered a major faux pas and maybe it was back then, too, but the NATCC needed to fill its grids and with turn-key cars available from across the pond, beggars couldn’t be choosers. It is pretty amazing to think there were (and quite possibly still are) Super Touring versions of the Camry and Sunfire campaigned in anger on a racetrack.

Last year, Donohue’s championship-winning Stratus, or at least most of it, turned up for sale in the United Kingdom last year and was picked up by Bring a Trailer. That makes one wonder where you might stumble over the Super Touring Camry or Sunfire if they weren’t cut up more than a decade ago.

Laguna Seca hosted the final round in 1997 and Australian V8 Supercars driver Neil Crompton won the last pair to cap off a four-race winning streak that died with the series itself. Here is that final race:

Jiffy-Tite Tech: How To Properly Spec Fittings With The Right Seals For Your Application More LS Fest Photo Coverage: It's Bigger And Better Than Every Before!