In-Car Video: See What It Is Like To Race The Fastest Figure Eight Stock Car Series In America 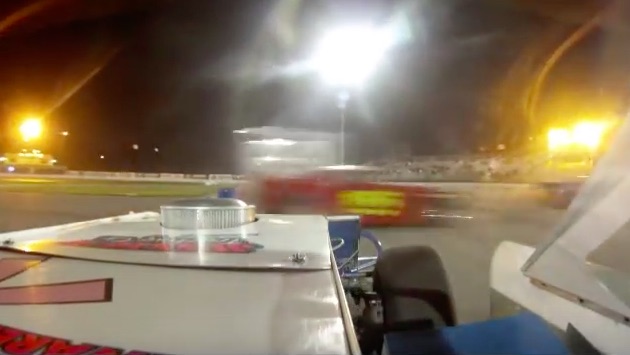 We have showed you lots of video that highlights the complete craziness of Figure eight stock car racing in the past but we have never placed you inside one of the cars. Not only are we placing you inside the car here, we are placing you inside the car during an event that features on the of the fastest figure eight stock car series in America. BangShifter Scott Inman sent us the video link for this stuff and it really is amazing to watch. Apparently Jesse James actually built a car and competed in this series at some point because it is pretty much the pinnacle of the art form. We’re riding with driver Mark Tunny in this video and as you will see, Tunny is a bad Jose in the ranks of Figure 8 racing. He leaps off the starting blocks to an early lead and he seems to really have a lock on it until the inevitable happens. But let’s not get ahead of ourselves.

The most interesting thing about this video is (of course) the strategy employed to get through the intersection during times of traffic. Before the field really spreads out, Tunny is able to roar around the course pretty much unimpeded but when the traffic starts to build you will see how he picks and chooses his spots to avoid disaster. Sometimes that avoidance is by mere inches. There are a few crossings that we swear he’s about to get creamed and me makes it through Scott-free. This is certainly an interesting added dimension to see this racing from. Not that we didn’t think it was crazy before but to see it from the driver’s perspective it looks a lot different.

Basically you have to be an incredibly adept frogger player with lots of horsepower under your toe.

BangShift Tune-Up: "Shake It Up" by The Cars (1981) Holley LS Fest X: Cue The Hate Mail, It's Time For Everything Non-GM From The Show!

2 thoughts on “In-Car Video: See What It Is Like To Race The Fastest Figure Eight Stock Car Series In America”