King Of The Heap 2018-19: Round Two, With The Contour SVT Superleggera! 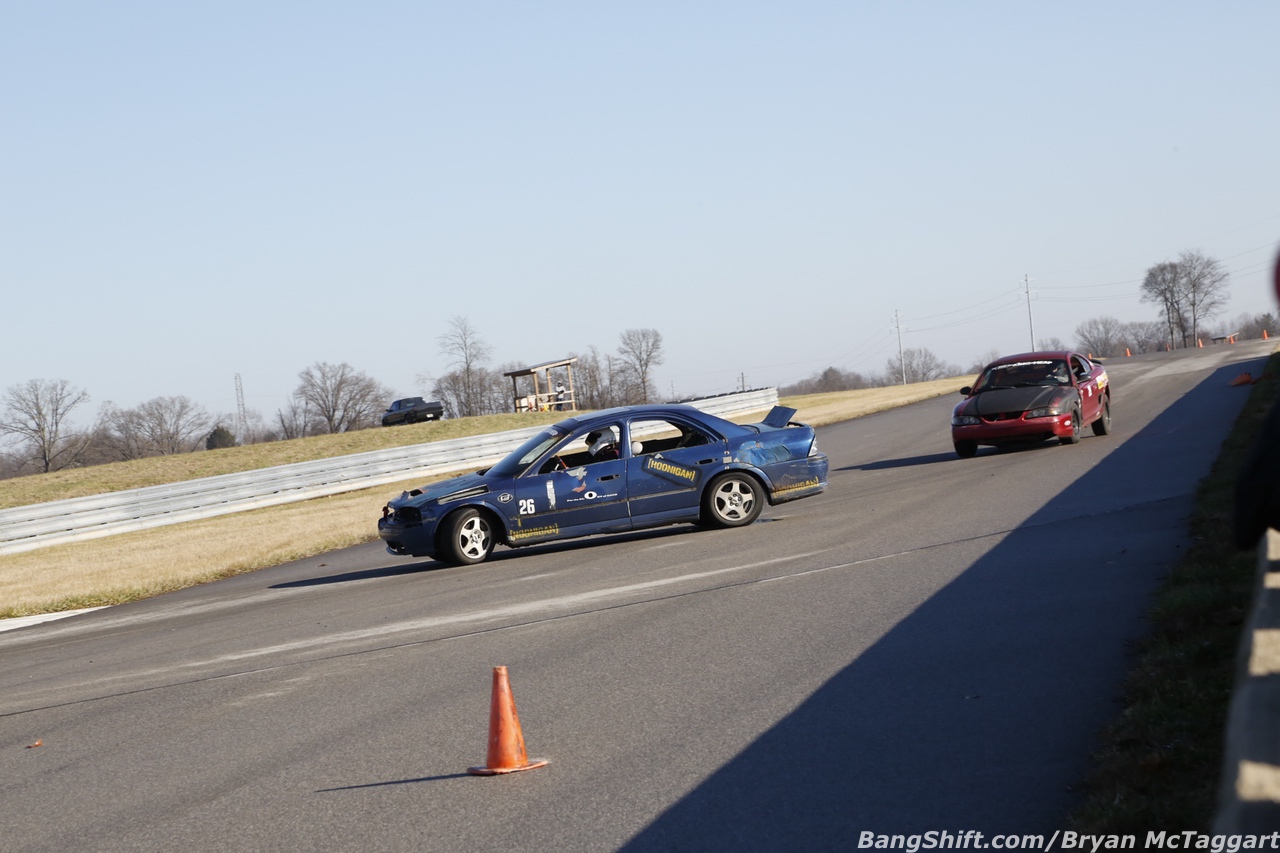 The first Saturday of the month during wintertime is set aside specifically for Heap racing! Since we’re deep enough into 2019 that the novelty can wear off…that means put up the 2019 glasses, Susan…that means that it’s time for all of the King of the Heap racers to return to NCM Motorsports Park in Kentucky for the second round of the series. With a promisingly warm and sunny day forecasted, racers were preparing their cars well in advance. As far as my team…well, it went like this: one guy was rescuing his 4×4 off of the side of a trail, one guy was somewhere else, the other was with his family, and yours truly had spent his last couple of weeks scrambling to find a car to replace the Cadillac limo, which hopefully has been turned into a Fisher Body pancake. At the last second, knowing that our team wasn’t running, I bought my way into a team that needed a driver and showed up early in the morning with no idea of what I would be driving. 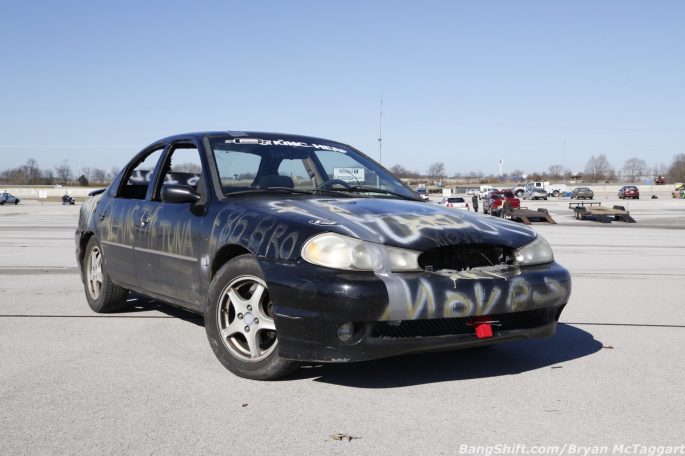 I don’t know what year Ford SVT Contour this one is, but it really didn’t matter. A victim of tinworm, the Contour was on it’s second Heap race and had been seriously and severely lightened. I’ll be doing an in-depth feature on this car shortly and I don’t want to reveal too much, but the basics are simple: a 2.5L V6 that has a stout torque feeling, asthma above 5,000 RPM, and a five-speed gearbox eager for abuse coupled with a car that got attacked with a Sawzall like a cow gets attacked by a frenzy of hungry piranha promised to be one of the more interesting cars of the event. Truth be told, I was just happy to have a manual-trans car to wail on this time. Love or hate the Contour, that third pedal made all the difference. 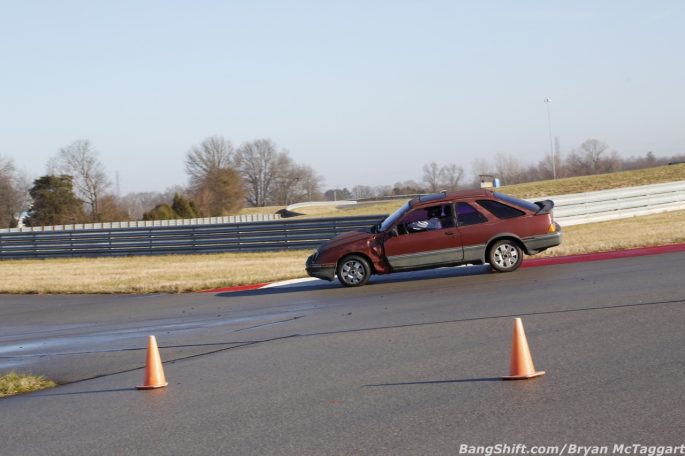 The last few days have been damp, rainy, gray cold wintry marvels around Kentucky, and the track surface hadn’t dried up. I took the first stint in the Contour and found that I was tearing the tires off in 3rd gear in some spots and that lift-off oversteer was a genuine problem with the car. On my second lap, just as I started to get comfortable with the Contour’s skittishness, I came around a corner to find a 1990s Mustang spun out and returning into the driving line. I’ve never downshifted/braked a manual trans car in my life while simultaneously pleading with some external force to please not let me hit the other car. I did well, but my problems were mellow compared to others. Team PPM’s Lincoln LS returned for it’s sixth appearance, now with a welded diff, and was an instant drift machine. We aren’t talking “oh, he’s spinning his wheels, that’s cute!” either…this was angry teenage male in a Wal-Mart parking lot kind of furious drifting. Meanwhile, the  1990s Caprice proved itself to be a useful plow when it drifted sideways and in full lock into the muddy grass. A MN-12 Thunderbird spun out into the weeds as well. 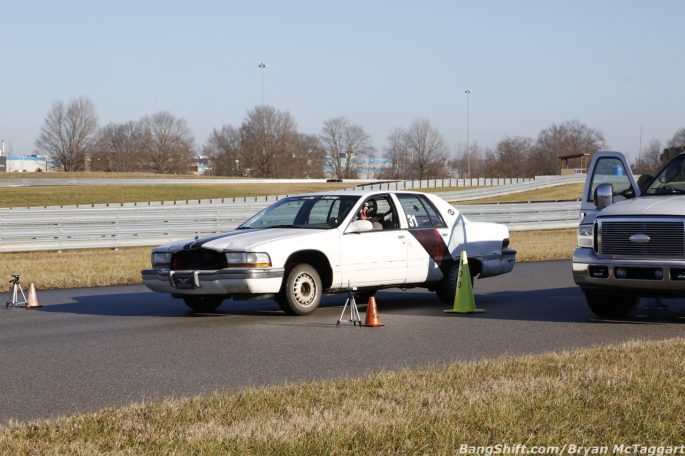 The 1/8th mile proved to be the most straightforward and least exciting part of the program. There’s really no skill needed here, and I proved that fact, dumping the clutch at four grand, spinning out of the hole and barking second and third gear on my run. I’d save my technical driving for the autocross…do you know how long it’s been since I’ve honestly bang-shifted a car in proper anger? A decade ago. No joke. To hell with the clutch, it was time to let the Contour sing the song that SVT blessed it with. And what a song it is…that little Ford has a pretty stout voice for a V6 front-driver.

There will be more coming shortly, but in the meantime check out our first look at the action from NCM Motorsports Park below:

Scaled Land Speed Attempt: How Fast Can A Bugatti Made From Legos Go? Riley Stair Might Have Built The Baddest Trans Am Ever And We Love Him For It