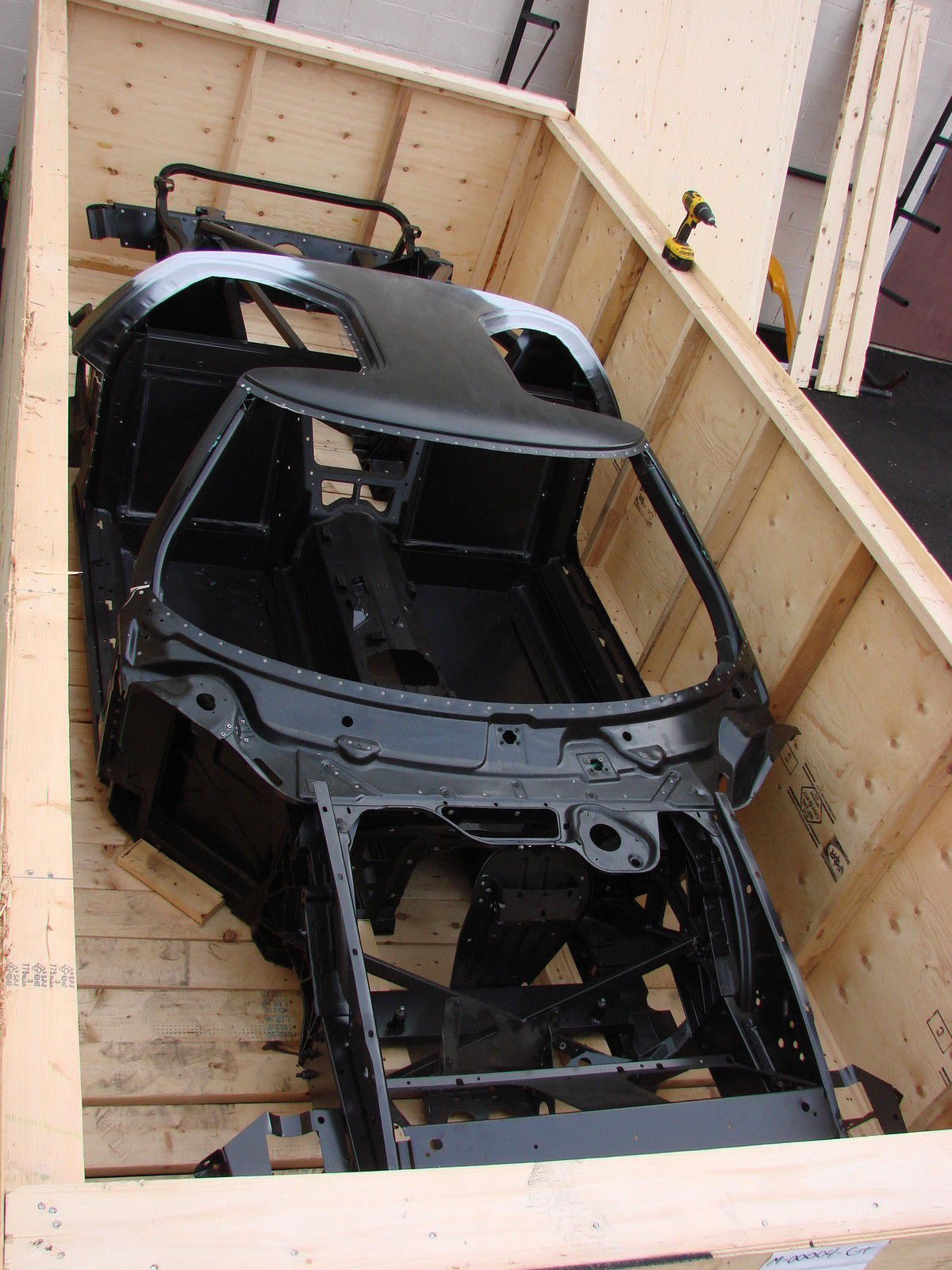 Yesterday we told you about a Ford Mustang body in white that was for sale on eBay. In typical fashion we missed the bigger story which is the fact that the same guy has a freaking Ford GT factory race chassis for sale! BangShifter Silver68RT checked out the Mustang story and then went rooting around the seller’s eBay listings and found what you will see below which is incredible, a real deal Ford GT chassis that has been additionally braced and strengthened to FIA standards for racing. This is an amazing piece which we didn’t even know was ever available for sale from the factory. The dude is asking $75,000 for the chassis and claims that one without the additional beefing up for racing sells for $109,000 bucks. Hell, the shipping crate alone is worth a few grand! What’s even nuttier is that when you copy and paste the part number for the frame into Google about 10 outlets pop up offering to sell them. Are we the only guys that didn’t know you could walk into a Ford dealer and order this part number?!

Who would want this? Obviously someone building a race car would be one party. Maybe someone with a wrecked GT that they could swap the engine and transmission would want it, but then they would also be having to source body parts and other components. This is a mind bender for sure. Not that we have the money or even a fleeting interest in buying it but we’re kind of happy to know that there are Ford GT chassis out there on the market to be bought.

This would be the ultimate, “Honey, I won an eBay auction today….” story, right? Are we the only ones who thing that this is pretty damned cool? What do you think? Will the dude find a buyer?

SCROLL DOWN TO SEE SOME PHOTOS AND THEN HIT THE LINK FOR A TON MORE PHOTOS AND INFORMATION ON THE ORIGINAL EBAY POSTING — WOW! 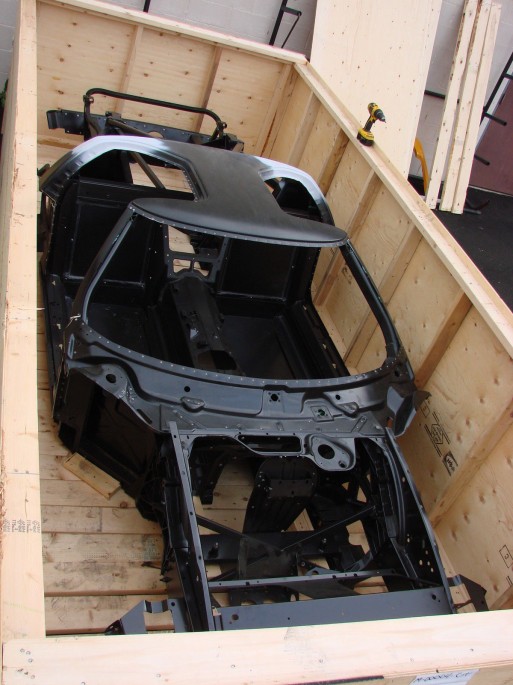 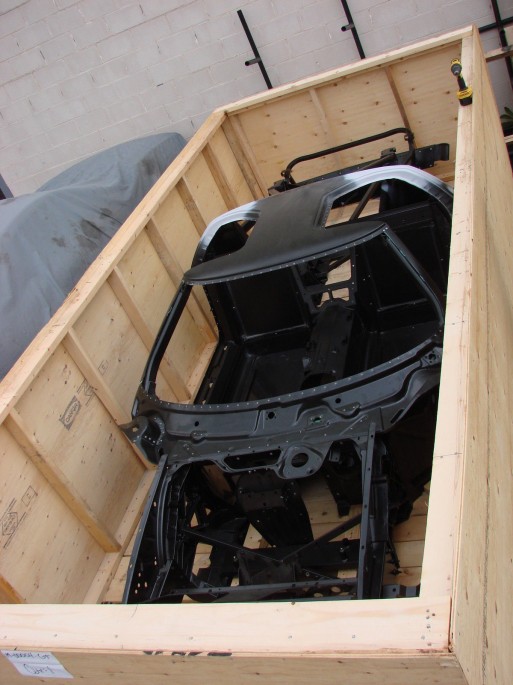 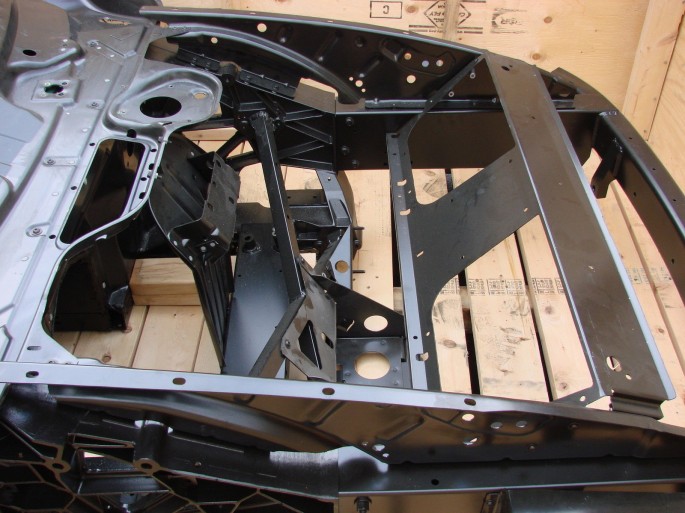 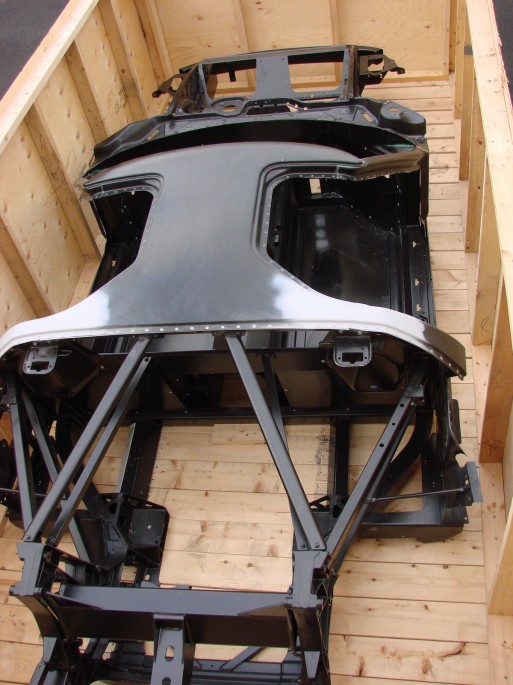 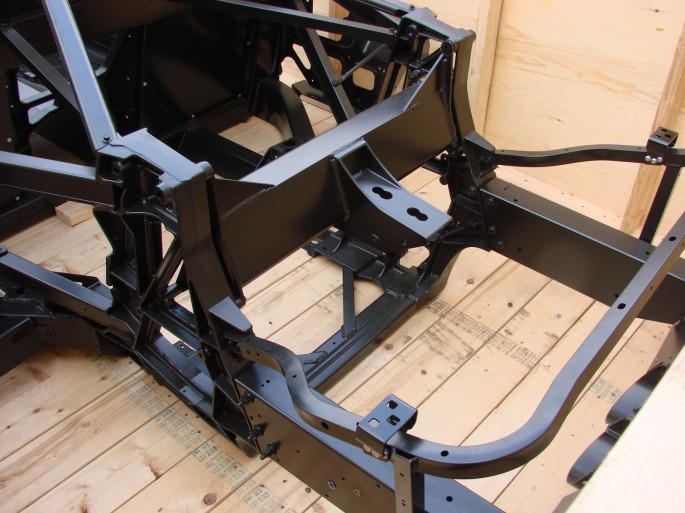 13 thoughts on “Mind Blowing eBay Find: A 2006 Ford GT Factory Modified Race Chassis In A Crate! Seriously, This is Nuts!”