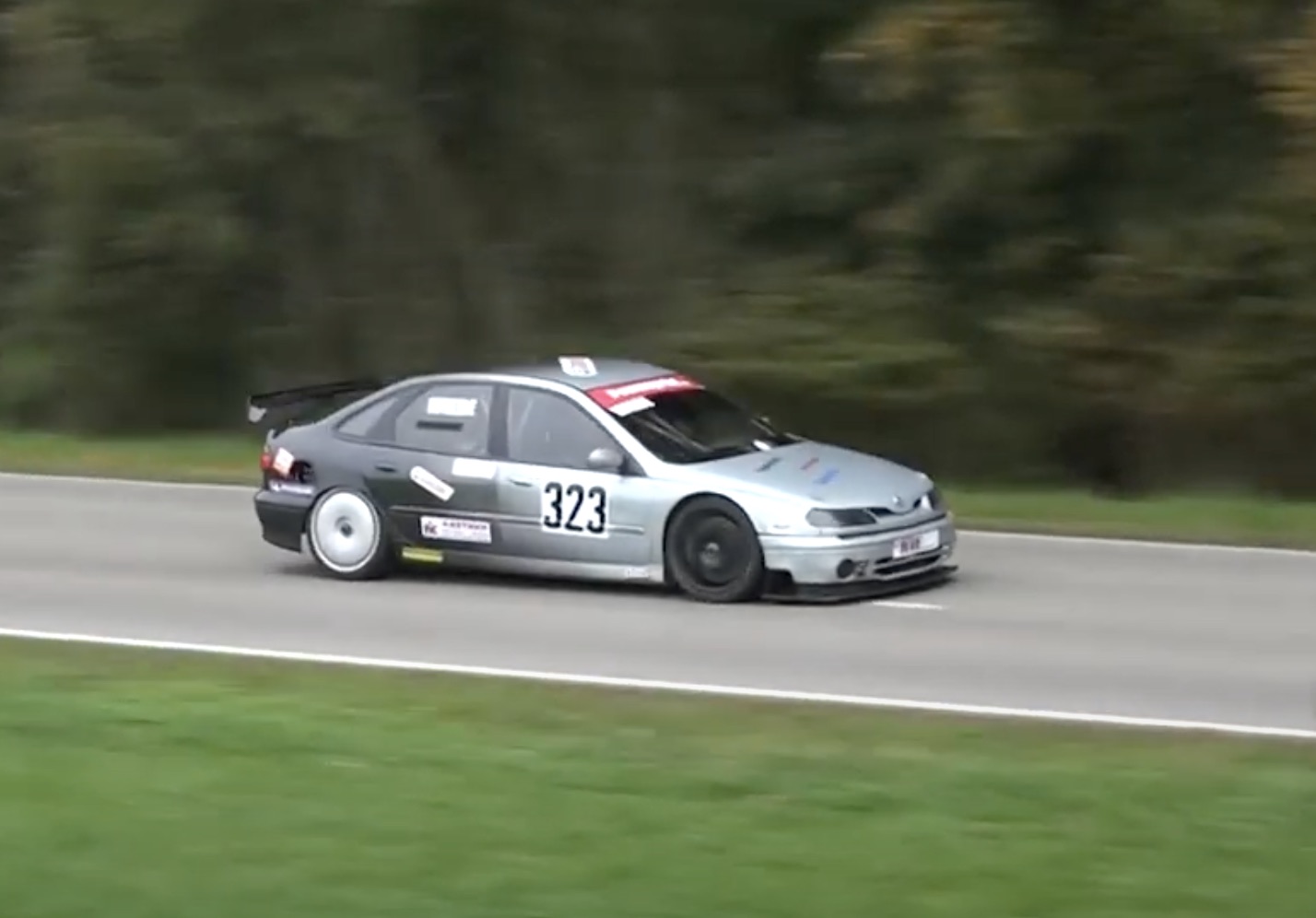 During my travels through Ireland and Scotland , the Renault Laguna had to be the one car that caught my eye. Don’t use that as a judging point, now…what little hands-on knowledge I have about Renault products boils down to the Eagle Medallion/Dodge Monaco twins of the early 1990s and the “Le Car” that seemed to be rotting away in everybody’s driveway. Normally, Renault equates American Motors’ final shot into the foot in my eyes. But there was something about the Laguna, something both familiar and interesting. It took a bit to figure out what that was, but soon enough it clicked: British Touring Car Championship racing. I ate that stuff up when Speedvision was showing it. Sedans that were screamer versions of what was available on the market, built to kill? Headlights, taillights and even the stock dash? My attention was had in full.

The Laguna was the car that replaced the Renault 21, or the basis for the Medallion/Monaco twins. Most of the powertrains, which incorporated four cylinders, V6s and four different four-cylinder diesels, had power fugres that stuck somewhere around the 90-150 horsepower range. But the 3.0L BiTurbo V6 rolled out with 263 horsepower and 258 ft/lbs of torque between 1994-97, which is pretty punchy for a French sedan. But those are street cars. Want our attention? Bring on the no-joke touring cars. Bring on the high-winding cars from that glorious era of racing. Enjoy the sounds!

BangShift Question Of The Day: What Was Your Last Impulse Purchase For The Hobby? Monster Truck Mid-Air Collision: This Is One Of The Wildest Things We Have Ever Seen! 10 Tons Of Wreckage