Not Give An Inch: Watch The Battle For Third Place At The First WTCR Race At The Nurburgring!

Jun 23, 2019Bryan McTaggartApex Video, BangShift APEXComments Off on Not Give An Inch: Watch The Battle For Third Place At The First WTCR Race At The Nurburgring! 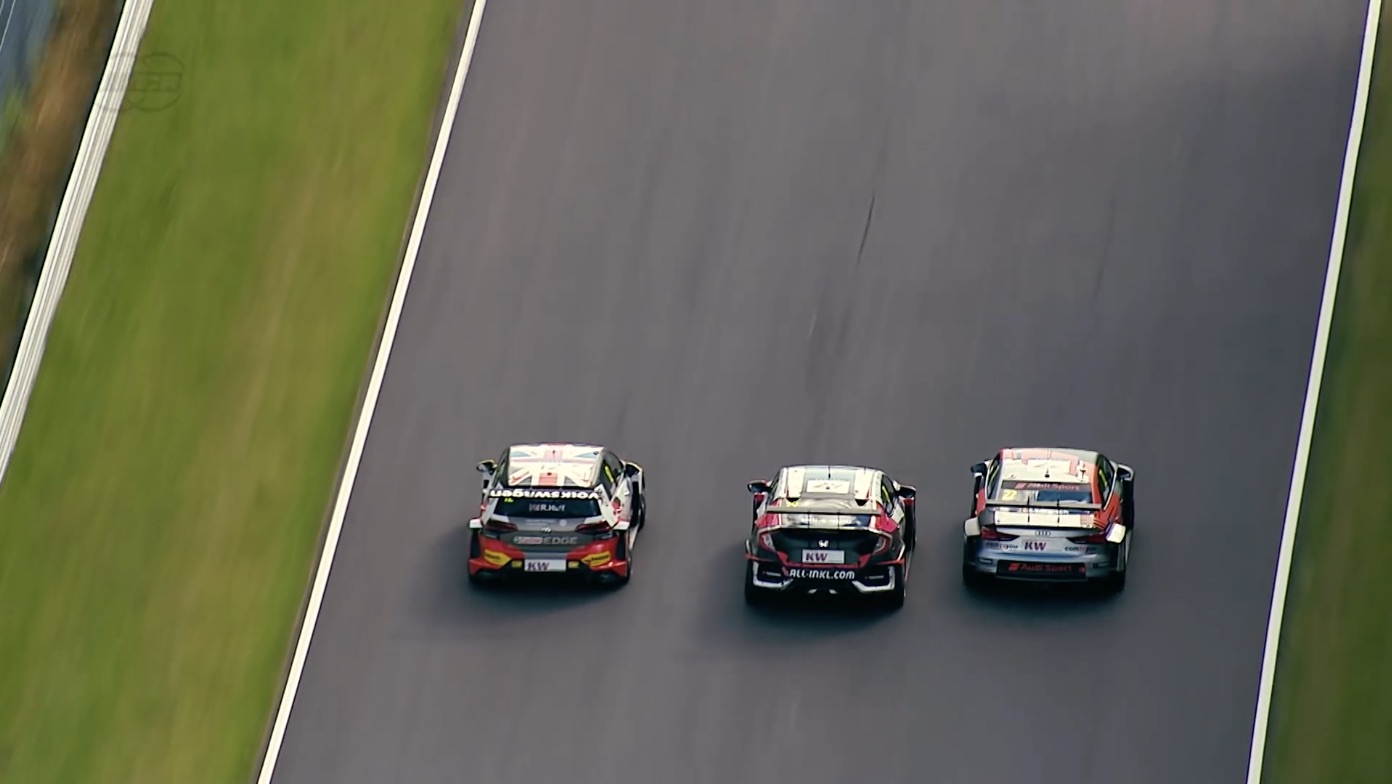 Ah, touring car racing…close racing that can give NASCAR one hell of a run on both close, competitive racing and car-against-car, driver-against-driver violence. If there was ever a racing series that involved small front-drive cars that could ever be considered BangShift-worthy, touring car racing is it. The drivers only see one goal: winning. Period. If you can draft your way to the top, good. If you have to gently nudge that Honda in front of you out of the way to get where you need to be, well…so be it. That’s just racing, the kind that would bring a tear to even the most dedicated good old boy’s eye. Oh, you think we’re kidding about that? You think the stock car faithful wouldn’t be impressed by what goes on in touring car racing? Okay, get an eyeful of this action from the first race of the World Touring Car Cup series held on the full Nordschleife version of the Nurburgring track. You’re going to pay attention to three cars: The Honda of Nestor Girolami, the Audi of Frederic Vervisch, and the Volkswagen of Rob Huff. Vervisch and Girolami had banged together and battled it out at Döttinger Höhe, the long straightaway section, on the second lap and had wound up passed by Huff at Tiergarten. The final lap saw Girolami’s Honda and and Huff’s Volkswagen going through a similar battle in the same straightaway, in much the same fashion: so close that aerodynamics were trying to make the cars kiss fenders. At the end of the race, it was Norbert Michelisz’s Hyundai in first, Esteban Guerrieri’s Honda second, Girolami’s Honda in third, Huff’s Volkswagen in fourth, and Vervisch in fifth place.

Now, naturally, with all of the contact and super-close racing and the upper end of these cars’ speed capabilities, the FIA was bound to interject and provide formal reprimands for the drivers for their close-quarters driving, but no penalties were posted to any driver or team as a result. Girolami and Huff both saw the battles in a positive light, with Girolami saying that it was the “most intense moments of all my life.” We’d have to agree…bumping and banging at full chat on the ‘Ring while driving for drafts will make any driver pucker up, no matter how skilled they are!

Risky Investment: Would You Restore This Ratty 1970 Plymouth Superbird Or Would You Start Building It Up? This Old School Two Door Tahoe Is A Bad Ass Ride No Matter What You Call It.