On Any Given Tuesday: A Great Short Film On Buddies, Hot Rods, Autocrossing, And Competition

Feb 23, 2016Brian LohnesApex Video, BangShift APEXComments Off on On Any Given Tuesday: A Great Short Film On Buddies, Hot Rods, Autocrossing, And Competition 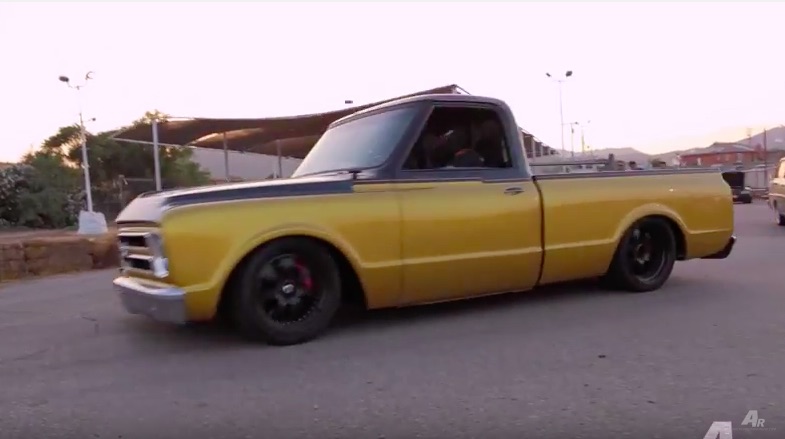 If you love your pro touring trucks, chances are that you’ve laid eyes on Marcel Venable’s cool C10 called Foxy Cleopatra. The truck has been covered on the web, in magazines, it has been at SEMA, etc. Built as a functional but realistic pro touring machine, we like the vibe that the rig exudes and the fact that the majority of the work was done at Marcel’s house and in his driveway. This is a cool project and it is not some powder puff that just gets rubbed down and driven gently. Nope, as you will see in this video, Marcel plans to use this thing for its intended purpose even with all the risks that come with it…some of which are painfully revealed here.

To give you a little more background on what you are going to see, this is a film that features a group of buddies that like to get together at Adams Motorsports Park in California one night a week and thrash their stuff. Adams is actually a go kart track that opened in 1959 but since the place is wide and long enough it hosts weekly drift and autocross style events. Chad has been there a bunch, RideTech has shaken down cars there, and it has been a breeding ground for SoCal karting talent since Eisenhower was in office.

The equipment you’ll see is cool but the focus of the video is Marcel and his truck. This is the first time that he has had the thing out in a competition setting and while it was not configured ideally, he was out there wrestling with the truck and having fun. Unfortunately you’ll see how a weird parts failure can really ruin your night.

We have known Marcel for years and he’s a great guy who maintains a positive attitude and outlook through this deal and that’s perhaps the coolest part to us. It is a car, it will be fixed, made better, and put back on the track? Why? Because as you will see there’s no better fun than hanging with your buddies on a Tuesday night and thrashing on your cars and trucks.