Throttle Therapy: This Petrolicious Feature On A 1965 Mustang Fastback Touches On Many Of The Reasons We All Love Cars

Feb 25, 2020Brian LohnesApex Video, BangShift APEX, BangShift News, CAR FEATURES, MISC, VideosComments Off on Throttle Therapy: This Petrolicious Feature On A 1965 Mustang Fastback Touches On Many Of The Reasons We All Love Cars 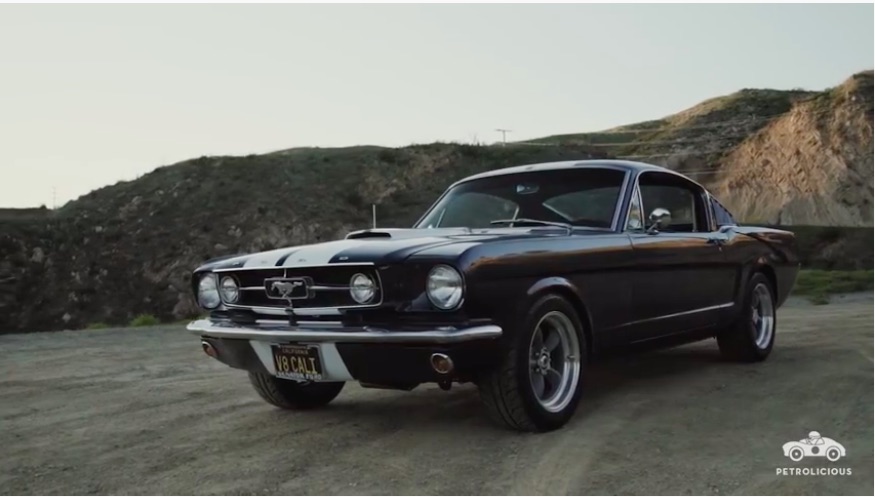 It’s insane to say that a car “helps” you, right? It’s crazy to say that the rolling hunk of steel, plastic, wood, and glass provides some service to better your mental and emotional state. Or is it? We don’t think that  it is insane at all and if it is insane, we’re all freaking crazy, right? Cars do help us in many ways. While they cannot communicate with us in the verbal sense and while they’re not a living organism like a horse or a dog, they are things that human beings create connections to and this video does a great job in talking about that.

Nathan Cali is a California based film-maker who owns a wonderfully clean and cool little 1965 Mustang fastback and has made this car his true dream machine. As a kid he owned a 1966 which he loved, loathed, cried over, crashed in, and basically experienced life behind the wheel of. The attachment to that first car brought him to buy this car, which has undergone significant work over the time he has had it. From the camshaft to the paint, this Mustang has been touched in every way possible.

That being said, the car is not over the top. The car is so tastefully done we love it. The machine sits right, the wheel/tire fitment is beautiful the little 289 has been woken up with the camshaft, intake, carb, etc upgrades you’d expect and boy does it sing a sweet song! The car is cool, the story is cooler, and the emotional connection is the coolest. Check this out.

Event Coverage: Pulling Action At The 2020 National Farm Machinery Show - Horsepower In Louisville, Kentucky! Collision Rescue: This 1970s Film Shows How Awesome And Handy The Hurst Jaws of Life Were and Are!