Smoked: This New Documentary Podcast Series About The Rise And Fall Of IMSA and Indy Racer Randy Lanier Rules 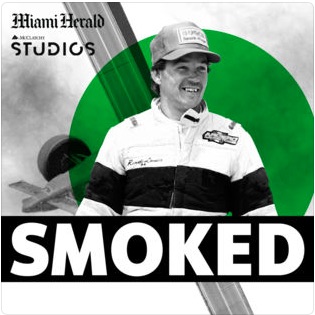 Yes, this is the summer of bad ass automotive podcasts. A week or so ago we told you about the killer documentary podcast called Larger Than Life which is about the street racing legend “Big Willie” Robinson and his life both on and off the streets. Well, here’s another one to add to your listening pleasure and it is just as compelling a story, just as wild a tale, and just as amazing a listen.

Smoked is the story of Randy Lanier, one of the most infamous, interesting, and astonishing figures in the 1980s racing scene. From sports cars to IMSA to the Indy 500, this guy came out of nowhere and was competing at the highest levels out of his own pocket and without a single sponsor. No one knew how he was making his money, his own team did not know where the funding came from to buy the cars, parts, haulers, and help to run their own operation. Lanier sure knew where it was coming from. He was the largest importer of marijuana in the USA at the time. The guy even missed a race because a massive shipment was coming in and he needed to oversee where it was going.

We got the sneak preview of this series last week and we chewed up the episodes that we were able to hear. The entire series was uploaded at once so you can binge-listen to simply knock them off one by one.

It is a story that will make you smile, cringe, shake your head, and think about loads of different stuff. There are times you want to love Lanier and there are plenty of others where you want to reach through your headphones and slap him.

This is the definition of a good listen.

Hit the image below to listen to the new podcast Smoked, about Randy Lanier

ALS Cruising For A Cure 2019: Here's Our Final Load Of Images From The Event! Man vs Machine: Watch This 101 Year Old Mercedes Grand Prix Rumble and Slide Up The Goodwood Course