Timeless Beauty: This Profile Of A 1967 Lamborghini Miura Is A Loving Look At A Game Changing Supercar 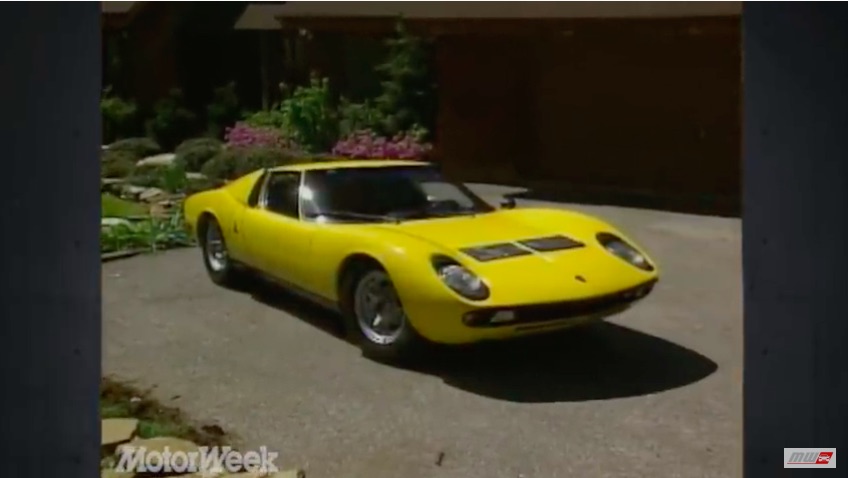 There have been all kinds of landmark cars over the years. Cars that for some reason have changed not just their genre of automobiles but changed the game overall. The Lamborghini Miura is one of those cars. When this machine was released it was the most exotic thing you could buy and legally drive around. Ferrari was making wonderful front engine cars that performed and were selling to their target market but it was Lamborghini that really cemented their reputation for pushing the envelope with the Miura. It was low, it was wide, the engine was behind the driver, and oh, that engine was a transverse mounted V12.

The profile from Motorweek comes from the late 1980s or early 1990s, basically when the car was only about 20 years old. One of the things that kind of blows us away about the Miura is the fact that it has never gone out of style, it has never looked gauche, and it would still look current if it was released from the Lamborghini plant tomorrow.

One can draw a straight line from the Miura to the Countach and you can also see the near immediate influence that the car had on Ferrari who would transition to making cars with V12 engines mounted behind the driver in pretty quick fashion after this.

The Miura was the first step to the hyper cars of today. Hell, the shape of those things hasn’t even changed much since this car was brand new!