Quirk-Master: This Profile Of The Subaru XT Sports Coupe Is A Fun Look Back At A 1980s Oddball From Japan 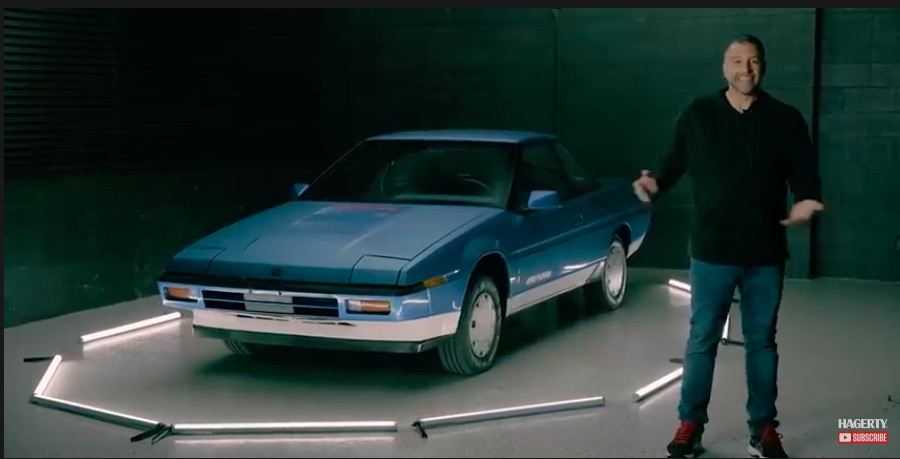 There is no such thing as a regional car brand in the year of 2022 but if there was, Subaru may be it. The company sells a wildly disproportionate number of their cars in the New England region but that’s obviously because they are known as reliable and the all wheel drive system they have is beloved by people in Maine, New Hampshie, Vermont, Massachusetts, and New Hampshire. As noted in the video, most of the “weird” is gone from the Subaru line but these guys certainly knew how to throw down on the odd-ball scale over the course of years. Take the XT that is profiled here, for example.

As a small company Subaru had to compete with the likes of other much larger Japanese concerns. Toyota, Honda, Nissan, all of the companies were releasing sport sedan models in the 1980s and Subaru wanted to get on that train as well. In the course of getting on the train they stumbled and smashed their head on the track, allowing for the creation of the truly weird XT coupe. Now, this said, the history of the car is awesome, the tech is fascinating, and overall this is a really fun story.

Watch this and enjoy!

One thought on “Quirk-Master: This Profile Of The Subaru XT Sports Coupe Is A Fun Look Back At A 1980s Oddball From Japan”