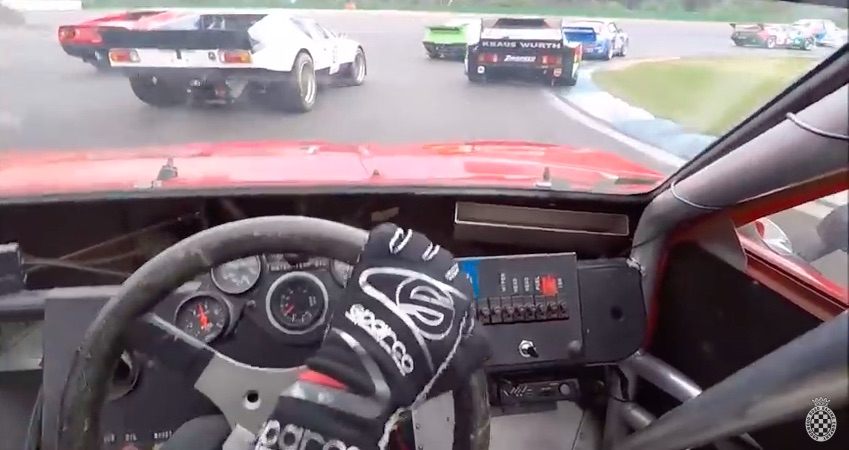 The BMW M1 was an awesome supercar when it was sold from the late 1970s into the early 1980s and they are very valuable finds today. People that own them love them and they love the fact that their value keeps spiraling up and up. The car was originally going to be made by Lamborghini for BMW but they could never get the deal right so BMW made them for themselves. The road going versions of the car had a 3.5L inline six engine and a five speed stick shift transmission. Only about 450 of them were made over the span of three years, giving you an indication of just how rare they are.

This particular car has been fitted with a 700hp V8 and it is an all-out racer. We have no idea if it is a BMW V8 or some other make powering it but we do know that it swallows virtually everything on the race track whole in this video. When you press play you will be racing around the course at Hockenheim, Germany. This is a place where they not only go road racing but also run an FIA drag race at on the front straight. When this car hits it, you’ll see why. It’s a long one!

Lastly, as much fun as it is watching this driver do his job, it is equally as fun to see the stuff that he is passing. The field had a ton of awesome old sports cars and race cars in it. None of them were man enough for the job to stop the mighty BMW M1, though!

Gearhead History: This 1960s Swamp Buggy Racing Video Is An Awesome Window Into The Past Horsepower or Horse Powered: Who Wins A The Pull? A Team Of 16 Belgian Draft Horses Or A Tractor?