Look Out For The Cheetah – Ride Along At Goodwood At Duncan Pittaway Fights For Control The Whole Way Up! 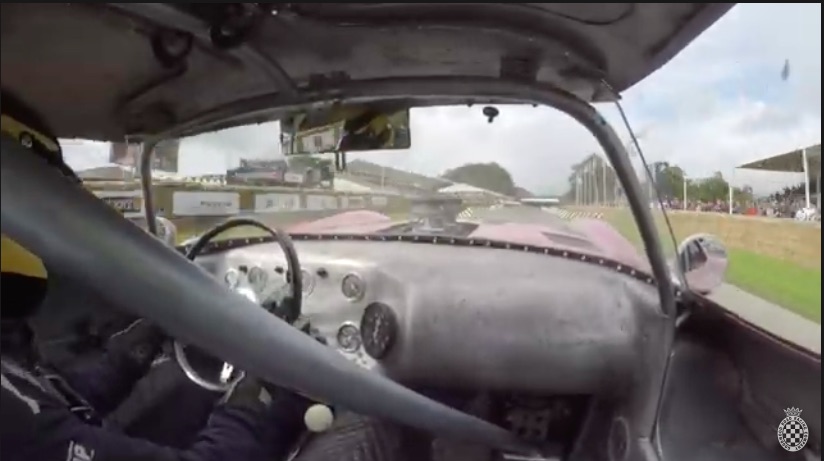 We all loosely know the story of the Cheetah. A Chevrolet skunk works project to develop a Shelby Cobra killer that was headed up by Bill Thomas. Cars were built and raced without much Cobra killing, there was a shop fire, and that was pretty much the end of that outside of some replicas, etc. For as many still photos as exists of Cheetah race cars doing their thing, very little video is out there and even less of it being of the in-car variety. Well, boy do we have a treat for you.

Duncan Pittaway is no stranger to these pages as his Beast of Turin is one of the most awesome restoration/recreation jobs in the modern gearhead world. We followed it and his adventures in the car with a smile a few years back. This Cheetah was assembled in something like 3 weeks before the Goodwood event you’ll watch it run in here.

We don’t know who built the little small block engine in this car but they assembled a weapon. Pittaway struggles for traction and control at any time he leans into the pedal and it looks like a real handful to drive. Granted, the car was just built and perhaps the setup was not 100% spot on, but damn this thing looks both impressive and intimidating on the track.

2 thoughts on “Look Out For The Cheetah – Ride Along At Goodwood At Duncan Pittaway Fights For Control The Whole Way Up!”