Ride In The Cockpit Of The 10th Shelby Cobra Ever Built As It Rips, Roars, And Screams Around Laguna Seca Mazda Raceway

Dec 10, 2020Brian LohnesApex Video, BangShift APEXComments Off on Ride In The Cockpit Of The 10th Shelby Cobra Ever Built As It Rips, Roars, And Screams Around Laguna Seca Mazda Raceway 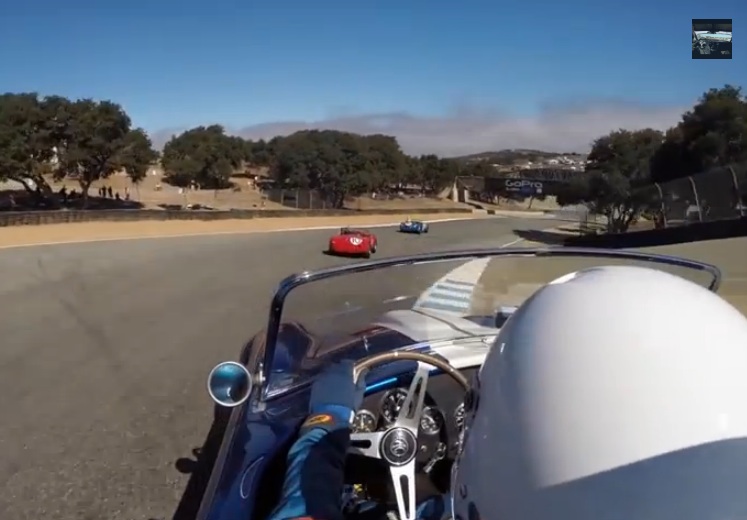 Now this is a proper ride! We got tipped off to this video of Steve Park driving one of the family’s Cobras at Laguna Seca. Steve’s related to Lyn “Mr Cobra” Park so it only makes sense that we’d find him at the controls of this very sweet machine. For starters, this is a real Cobra. In fact, it is the 10th one ever built and it is unique in other ways as well. Powered by a 289 that we understand is topped with Gurney Weslake cylinder heads and featuring Daytona coupe style side exhausts, it is really something to look at and it is even more something to listen to.

The sound that this car barks out is spectacular. Steve does a nice job of wheeling it around during the practice sessions that we’ll see in this video but we keyed right in on the barking sound of that 289. After some experiences with healthy 289s in the last year or two, I have to say that I have a lot more appreciation for the little engine than I ever did and this one being topped with some of the coolest unobtanium ever has got to be a little fire breather. Listen to it once Park heads through the corkscrew and really winds it up tight. The wail is superb and we’e guessing deafening inside the car.

The Cobras were America’s first legitimate threat as a road racing car in Europe. There had been some unlikely winners from America before but they were seen as freaks. These cars were the real deal and once Ford got the racing bug, Cobras were part of the company’s “Total Performance” era. We all know that these cars led Carroll Shelby into international stardom (even more than he already was) and they still stand as some of the most iconic American iron of all time. We LOVE to see them driven in anger like this one is here.

Wrenching On A 1949-1951 Ford? Make Sure You Upgrade To Power Steering With Borgeson! Prodigal Buick: Driving A 1956 Special Back Home Where It Belongs