Ride With Peter Williamson During The 1980 Bathurst 1000 In The Small-Car Class: His Celica Against Ford Capris At 9,000 RPM! 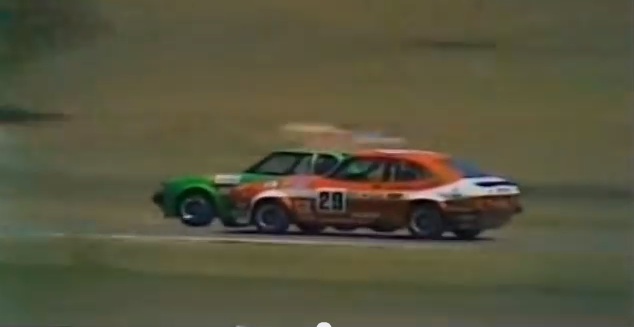 Bathurst. The icon of Australian racing, now and then, with visions of drivers with almost no sense of self-preservation putting everything they have out on display for the fans. It is no wonder why gearheads the world over respect what happens on the asphalt of Mount Panorama and the drivers that challenge themselves on the course. Most people will associate Bathurst with V8 Supercars, but other classes of cars have attacked the track as well. The car that is the main focus of this video from 1980 is Peter Williamson’s Group C Toyota Celica. One of the first racers to put an on-board camera into his car, Williamson gave viewers a front row seat around the track as he pushed the Celica well into the 9,000 RPM range. Here he’s doing battle with a couple of Ford Capris, being driven by Lauri Nelson and Peter Hopwood, and instead of using straight-up brute power, his trick is to out-brake them in corners. Just watch that tach as he whips the car around…and think of the engine that’s trying to keep up with his demands!

One thought on “Ride With Peter Williamson During The 1980 Bathurst 1000 In The Small-Car Class: His Celica Against Ford Capris At 9,000 RPM!”