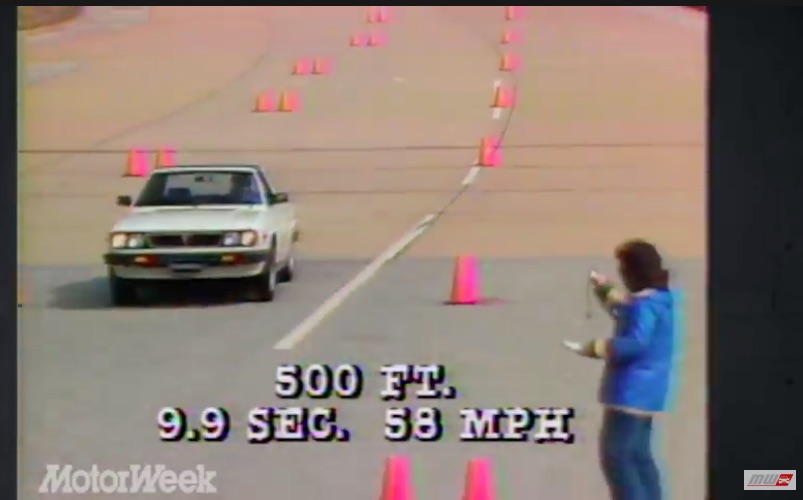 When we look at the history of Italian car companies in the United States, it ain’t the rosiest. Yes, Ferrari and Lamborghini have made a living here for quite some time but the place to look is not the utra-exotic hypercar builders but the mainstream manufacturers. Companies like Alfa Romeo, FIAT, Lancia, and others have had nearly identical stories. Come in with flash and cool imagery, market cools off to your products, and then you shrink. FIAT is the latest example of this phenomenon. Instead of the flash and dash approach to busing open a market, Lancia went the other way in 1982 by creating the Zagato and shipping…300 of them….yes 300 of them to the USA.

No, this is not some sort of insane exotic car for the period. It is a light, four cylinder powered, targa top equipped, driver. It’s not that fast, has great brakes, and while the reviewers dinged it for having round headlights, we think that it looks pretty good from the front on.

Why the company would invest the time and resources to send 300 cars anywhere, let alone America were one of those 300 could be the starting point for a lawsuit against the organization. How was the risk worth than the reward?

This is another of those cars that goes into our “nope never seen it” file so when we do finally lay eyes on one we can wow our friends with knowledge and fun facts to know and share. Also, how many of you thought this was a two seater until they showed how awesome the back seat is.

Press play to see the Motor Week road test on the 1982 Lancia Zagato…not a bad car!

The Sound Of Security: This 1950s Film Used To Educate The Public About Sonic Booms Is Wild - F-104 Starfighters In Action! Tom Sez: Our 14 Year Old Scribe Talks About The Recent EV Announcement By Dodge!